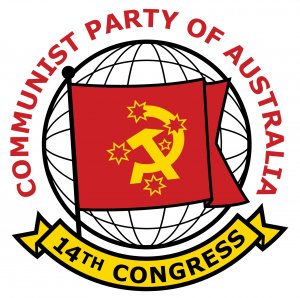 The CPA condemns AUKUS, the Australian pact with the US and UK, aimed at confronting and containing China.

Under AUKUS, Australia will acquire a fleet of nuclear-powered submarines, only the seventh country in the world to do so. AUKUS also includes an increase in the 2500 US troops that already rotate through Darwin, visits of US and UK warships and aircraft, and increased co-operation on artificial intelligence, space technology and cyber warfare.

The pact is aimed at countering China’s growth in the Indo-Pacific region and beyond. Brexit Watch in the UK stated that AUKUS “firmly places the UK at the forefront of the Western pushback against the growth of China.”

The Australian Government is helping boost the chance of war through belligerent rhetoric against China, alongside its largest military build-up since the Second World War.

Paying for the nuclear submarines will cost at least $100 billion and will mean that budgets for public services will be raided while arms manufacturers line their pockets.

We face a climate crisis, record low wage growth and an ongoing global pandemic. Public health, education and housing will be robbed of funding. Repairing and protecting our environment will not get the money it desperately needs.

The Government claims building submarines in Australia will create jobs, but far more jobs would be created if the money was used to fund a transition to 100% renewable energy. This would create at least 130,000 climate jobs over ten years.

Australia’s national security cannot be enhanced by exorbitant military spending, totalling more than a quarter of a trillion dollars over ten years. In reality this spending will make Australia poorer and less secure.

There has been next to no public discussion about the implications of AUKUS. Instead, we are subjected to a constant stream of messages about China’s evil intentions, which have little basis in reality.

Most countries support the trend towards a multi-polar world and against hegemony. China’s framework of win/win diplomacy and community for a shared future are much better suited for the increasingly multipolar world.

An anti-AUKUS movement is growing in Australia, drawing peace and environmental groups, trade unions, students and many more. The CPA calls on all its members and supporters to join and become active in this movement and to raise the issues in their workplaces, localities, and community organisations.