The way forward for trade unions 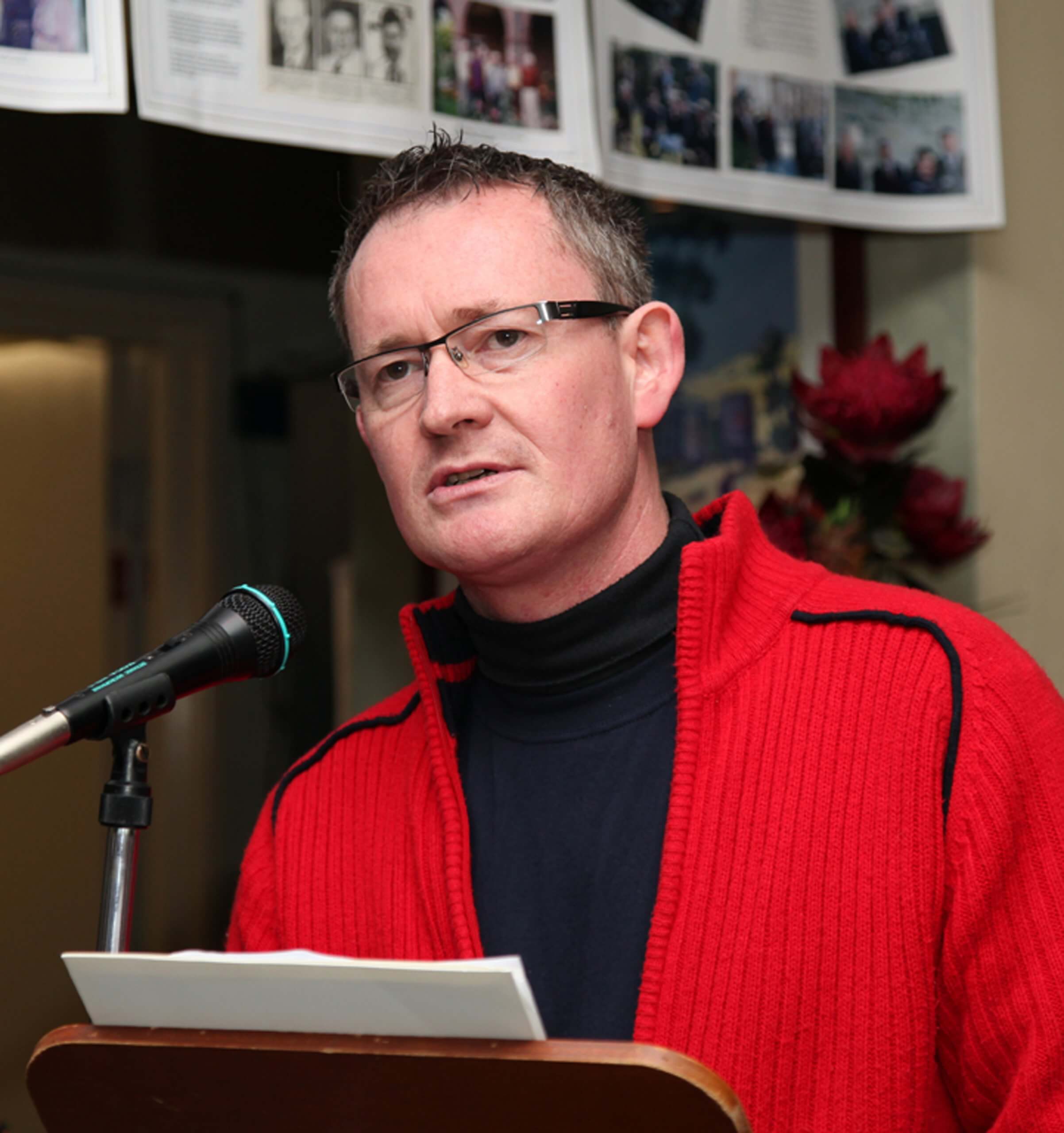 Warren Smith is the National Assistant Secretary of the Maritime Union of Australia and member of the Central Committee of the Communist Party of Australia. He was interviewed by Anna Pha for the Australian Marxist Review on the issues currently facing the trade union movement during the present COVID-19 crisis in Australia.

AP: Would you like to comment on the Prime Minister’s statement ‘we are all in this together’?

WS: Ultimately, we are not in this together. The current situation is a case of the class divides being amplified and that is being shown on every level, right around the world, in the way that governments are dealing with coronavirus and dealing with its associated economic impacts. Morrison’s government is dealing with the crisis ensuring the interests of the ruling class are dominating every decision.

There are major assaults on working people going on, because of the health crisis itself and through employers using the pandemic for their companies’ self-interest. This all takes place under the backdrop of climate change devastation that will also affect working people.

Workers are being denied basic essential COVID-19 protections and have to fight for them while often their bosses are at home in isolation. Frontline workers in particular have no chance to isolate they must continue to work and should be afforded every protection. Instead they are being subjected to attacks on wages and conditions of work, and fundamental industrial rights, when it is those very workers who have so explicitly demonstrated that society does not function without them.

The same workers have been let down by the private profit system of capitalism which is not built to cater for the needs of the people. They are let down by the health system and by the social security system, both victims of profit-gouging corporations and privatisation.

It has become clear that private replacements of free public health and other social services do not work.

A stark example in hospitals is where at one stage we had public health workers working incredible hours under immense pressure while at the same time nurses in private hospitals were being made redundant.

Markets have consistently failed the people, yet Morrison relies on market forces at every turn.

We are not in this together at all. Quite clearly there are those who are still continuing to make massive profits like in the iron ore industry where nothing is too sacred to blow up for those huge profits. Others who have been handed the biggest corporate bailouts and the biggest gift in the history of government handouts, through JobKeeper. JobKeeper is not based on helping working people it is based upon maintaining the viability of companies to bounce back. Many companies receiving JobKeeper were and are highly profitable and it is a case of the workers’ wages being subsidised by government as a windfall to the boss to be used as they please while millions miss out and are thrown on the scrapheap at the worst possible time.

If we were all in this together two million workers or more would not have missed out.

If we were all in this together, no one would be left behind and unfortunately too many people are being left behind.

To make it worse it will be the working class who are expected to pay for the crisis.

We are not seeing the outlines or plans for increased corporate taxation, for reductions in military spending, for increased public services and an increased social wage to protect people. We are still seeing massive disparity of wealth, massive accumulation of wealth by the capitalist class, so no we are not in this together.

AP: Before COVID-19 came along employers and the government were on the offensive. Have they let up during the crisis?

All of these organisations or institutions or agencies have beefed-up powers to assault working people.

The crisis is being used as an opportunity to further entrench corporate power and to reduce conditions of workers, often through the restraining actions of these institutions.

What we have seen throughout coronavirus are opportunistic attempts utilising courts and bosses’ pleas to government for changes to industrial relations laws to free up flexibilities and bring in essential service legislation effectively banning strikes.

High unemployment is being used as a threat to existing wages and conditions and jobs.

Redundancies are being held over workers’ heads to force them to accept certain compromises or to even work unsafely to improve productivity.

So, we are seeing an extremely difficult period now. We are seeing workers fighting against the impacts of a known killer disease that they can take home to their families, to their elderly parents, to their grandparents at the same time employers are trying to reduce their standard of living.

Workers are being stood down over prosecuting safety issues around coronavirus. Employers and courts are not only now criminalising union disputes but also critical safety disputes to push back worker resistance. We see it time and time again where workers who take a position in relation to their safety, such as when in Melbourne a group of wharfies refused to work a vessel that came in without meeting the 14-day quarantine requirements.

AP: What happened to them?

WS: The comrades stopped work for three days on that vessel, they continued to work on the other vessels in the terminal, but they were subjected to intense employer and media harassment. Workers were stood down and put off pay, their employment was threatened, and we have subsequently been trying to get some resolution and justice around the extreme attitude of the employer.

This is all linked to bargaining at DP World from the employers’ angle. Employers in bargaining are using the coronavirus pandemic to subvert bargaining processes and get workers into courts to place every obstacle in the way of reaching agreement. There is a pattern of creating manufactured disputes.

Waterside workers who stopped work in Melbourne at DP World for three days and in Sydney at the Hutchinson terminal where they stopped for 10 days over COVID-19 safety related matters were docked pay.

Both these matters are subject to ongoing legal hearings.

The 10-day stoppage at Hutchison featured the company withholding information about positive COVID-19 workers and minimising the list of potential contacts to the Health Department to maintain workforce numbers and continue to argue that the workers were taking industrial action not acting out of real fear of the pandemic.

This will not be uncommon for workers across the board and even where workers are highly organised the attacks never stop coming.

WS: The Employers currently have been given more rights and will be supported by the FWC to be able to make changes when required during the life of an agreement due to unforeseen contractual or economic reasons.

There was usually a consultation process in Enterprise Agreements, but these new rights are firmly in place for employers. Employers are using these new rights and enforcing change for economic reasons, quite commonly and throughout various industries.

Large stevedoring employers are lobbying government and seeking an end to their two-year bargaining periods with unions by calling for essential services legislation to prevent strikes.

Many employers are seeking to wind back previously agreed wins such as pay rises. Governments are cynically trying to enforce wage freezes including obscenely on nurses.

The Morrison government is setting up the façade of cooperation by asking unions to talk, preparing the way for more reactionary legislation aimed at boosting profits by eroding workers’ and union rights. Many workers face increased performance pressures from bosses due to higher levels of unemployment that employers inevitably use to minimise wage rises.

AP: How do you see the way forward for the working class?

WS: We need to build a strong class-conscious working-class movement that sets its goals for social change. The need for socialism has never been greater for human and environmental reasons. The role of the Communist Party is indispensable in this process.

The role of the unions in this struggle is vital as unions remain the primary organisations of the working class in Australia despite their flaws and declining influence, which in no small part is due to walking away from the class struggle but they can be rebuilt.

We need to see huge social change and building a massive united front movement that the organised working class are at the centre of is essential.

It is critical the Party is growing and building and playing a central leadership role in this movement and in the trade unions.

Immediately we must demand that workers do not pay for the crisis.

We must fight to ensure that JobKeeper is extended and that JobSeeker never returns to its abysmal poverty levels ever again. We must be fighting to protect trade union and workers’ rights whose erosion will be used to stop resistance to COVID-19 austerity plans. Continuing the fight for the right to strike is important to build worker power. There should be no bail-outs, corporations should be assessed whether or not they can be run as viable public institutions. Privatisation must stop and previous privatisations reversed. The way forward for the working class is through class struggle and setting system change as the goal and not as a dream while we fight our way to the next reform.

There are many steps on the way industrially, politically and economically but we should take each step charting the final goal of a socialist world that is our only hope for peace and environmental survival.