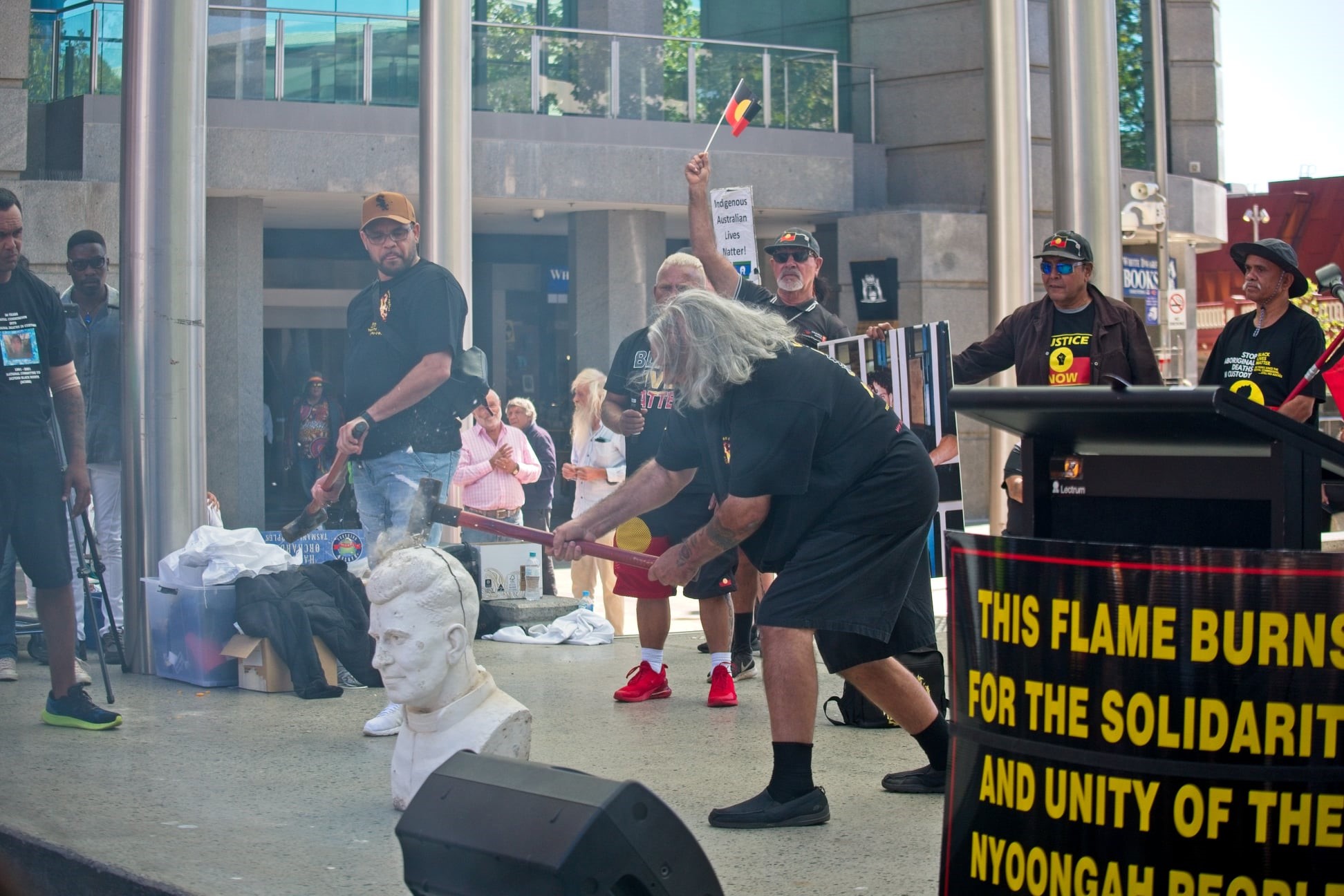 Thursday 15th April on the 30th anniversary of the tabling of the 1991 Royal Commission into Aboriginal Deaths in Custody report, hundreds gathered in Perth CBD to call for an end to the systemic violence and racism that have taken the lives of over 450 Aboriginal and Torres Strait Islander people in custody.

More than 470 Aboriginal and Torres Strait Islander people have died in the three decades since the Royal Commission handed down these recommendations. Indigenous people continue to be disproportionately incarcerated, targeted by law enforcement, and stonewalled by the government agencies meant to provide answers.

Families and loved ones of some of the victims delivered passionate testimonies about the pain, heartache, and betrayal they have experienced at the hands of a racist justice system. Deaths that could have been avoided if the 339 recommendations to reform Australia’s justice system, including providing incarcerated Aboriginal people with adequate healthcare and improving the relationship between the justice system and Aboriginal communities, were put in place. Thirty years on, many of these recommendations have been ignored and little improvement has been seen in the treatment of Indigenous people within the justice system. How many more needless deaths will result from the reprehensible failure to act on the recommendations?

A strong symbolic act was carried out during the rally with the destruction of a bust of Brother Keaney an ex principal who brutalised aboriginal children at Clontarf orphanage. Channel Nine reported this powerful political action as an act of violence.

There is a compelling need for both the Indigenous people and the working class to recognise the common enemy and to forge ties of understanding and solidarity in the struggles that lie ahead.

Enough is enough. The Communist Party of Australia stands in solidarity with the loved ones of all those killed in custody, and with all Aboriginal and Torres Strait Islander people as they continue their struggle for justice and systemic change. We call for the implementation of the recommendations of the Royal Commission into Aboriginal Deaths in Custody and the Bringing them Home Report.

This always was and always will be Aboriginal land, and our First Nations people deserve justice.