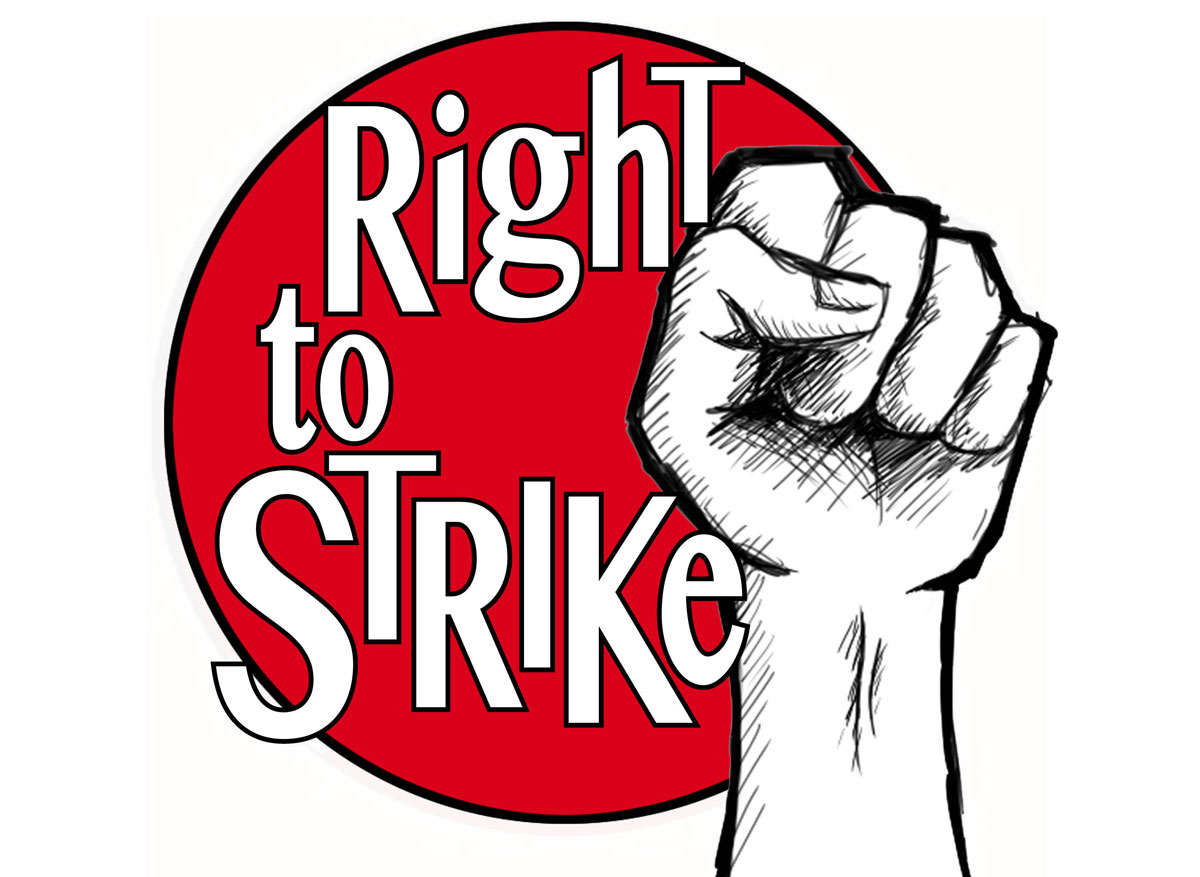 May Day 2021 is a time to take the struggle to the streets; to show the full strength and might of the working class; and take back the losses of recent decades. On this international workers’ day, workers and their trade unions around the world will be taking actions for peace, democracy, and socialism.

In Australia, as in other capitalist countries worldwide, living standards have declined, trade union rights have been wound back, and precarious employment and poverty have increased. Penalty rates, working conditions, workplace safety, the eight-hour day, and job security are under attack and must be defended and improved.

The right to strike is central to this fight, but industrial action or even the threat of such action has all but been outlawed and is punishable by massive fines. Trade unions are up against a barrage of anti-union, anti-worker laws, the most draconian of them in the building and construction industry where legitimate trade union activity can cost workers tens of thousands of dollars and unions hundreds of thousands or even millions of dollars.

Employers have the power to hire and fire. They have the support of the government, which legislates in their favour and the state machinery. Individual workers are at the mercy of their bosses. The only strength and power that workers have are when united in their trade unions.

Employers and governments use every trick in the book to divide the working class, to break that unity. One of the methods has been the gradual erosion of the centralised award system of legally binding wages and working conditions, and the shift in focus to enterprise agreements and individual contracts.

Bargaining that extends across workplaces – pattern bargaining – has been outlawed. This puts workers in enterprises where they are industrially weaker such as those with few or no union members, at a disadvantage. Bosses can more easily drive down wages and working conditions.

Employers confronted by militant unions in highly unionised workplaces are under commercial pressure to drive down wages to the level of their competitors. With bargaining across an industry, that additional pressure in a race to the bottom is lessened.

The Communist Party of Australia is calling for union-negotiated industry agreements. They would further unite and strengthen the position of the working class in the face of a capitalist class constantly in pursuit of higher profits.

Since it was elected in 2013, the Coalition government has picked up and run with the former Howard government’s reactionary, anti-worker, anti-union agenda. It has:

Not surprisingly, living standards have continued to fall for medium and low-income workers. Millions of workers have become the working poor, struggling in precarious employment, often with two or more jobs. At the same time, the big end of town is wallowing in record profits, particularly making huge gains out of COVID handouts from the government.

The government has already used the cover of COVID to undermine working conditions and wages. Now it is on the move to balance the budget regardless of the consequences for the working class. It has cut back funding on a range of social services and still plans to pursue its anti-union legislation.

The cross-benchers stalled the omnibus bill with only the section on casuals being passed. This section set casualisation in concrete and benefits employers who shed permanent employees and replace them with casuals.

There is no doubt that the other anti-worker provisions of the bill will reappear and there are more regressive measures in the pipeline.

Workers cannot expect a real wage rise in the near future. The “economic recovery” will be put first, and it will not be a recovery for the people unless a united trade union movement and community stand up and fight.

The minimum wage must be increased immediately to a living wage and all workers receive a real wage rise. Putting more money in the pockets of people who will spend it, is not only of benefit to workers, but also stimulates demand and results in job creation.

Workers must not pay for recovery

The government uses the cover of COVID to make workers pay for the capitalist crisis that is not of their making. It is also callously cutting the incomes and support services for the most vulnerable in society.

The cruel cuts to the NDIS are one example. The independent assessment scheme is nothing short of a humiliating and criminal attempt to slash funding. Like the Robodebt scheme, where social security recipients were expected to repay non-existent debts, the cuts to the NDIS hurt some of the most vulnerable people.

When the government underspent on the NDIS, leaving applicants out to dry, the government put the remaining funds into the general income pool to be spent on war machines and other items. Assessors have been told to slow the process down. People are having their packages reduced to a level that does not meet their needs.

There is a certain irony that the former Minister for Defence Industry and more recently Defence Minister, Linda Reynolds, is now the Minister overseeing the destruction of the NDIS. After all, the multibillion-dollar hikes on weapons expenditure have to come from somewhere if the budget is to be in the black.

The capitalist system is not interested in “wasting” taxes on pensioners, the aged or people with a disability. They can be thrown on the scrap heap, no longer seen of use to be exploited and create wealth for the big end of town. The idea of the dole being well below the poverty line is to create a desperate reserve labour force to compete with existing employees for too few jobs.

Higher social security payments would enable people to spend more, to meet their basic needs, and at the same time the extra demand for goods and services would stimulate the economy.

The Communist Party of Australia is calling for a public sector-led recovery. Privatised services such as Telstra, Qantas, the Commonwealth Bank, other key infrastructure, and natural resources should be nationalised. They should be democratically run with a strong social charter. Their priority should be the provision of services for the people, not maximising private profits for their shareholders. Any profits that they did make would then flow to the government’s coffers and could be used on social expenditure in the people’s interests.

Job creation should be a priority with emphasis on developing a strong manufacturing sector – not manufacturing weapons – but public sector research and the development of renewable energy sources, pharmaceuticals, and other beneficial products. The former would be central to addressing climate change and a rapid and just transition to net-zero greenhouse gas emissions.

Not only would this create jobs, it would provide cleaner and cheaper energy for the people and also for industry. Sections of the private sector have already embarked on green programs, leaving the government behind. Fossil fuel subsidies to the private sector and fossil fuel energy generation must be phased out as quickly as possible.

JobSeeker should be increased by $100 per week and the age pension and other social security payments should also be increased to enable their recipients to live securely with dignity. This would be a recovery for the people.

By cutting out the tax rorts and subsidies for the rich and big business, the government could substantially increase overnight its revenue for use on social spending. The focus here should include public housing, increased funding for public education including fully funding universities and TAFE. The abolition of fees would provide access to higher education for many working-class people.

These are just some of the demands that workers should be fighting for to improve their living standards and those of their families and other members of the community.