Pauline Hanson is doing what she does best: pushing bills that further marginalise minority communities that don’t fit into her conservative outlook.

This time, Hanson is flogging a dead horse with the Australian Education Legislation Amendment (Prohibiting the Indoctrination of Children) Bill 2020. First introduced in 2020, the bill went nowhere fast and will go even less this time around. The bill’s summary seeks to amend the “Australian Curriculum, Assessment and Reporting Authority Act 2008 to require the Australian Curriculum, Assessment and Reporting Authority to ensure that school education provides a balanced presentation of opposing views on political, historical, and scientific issues.”

Hanson has big plans for this bill. According to her, this bill is “aimed at ensuring schools and teachers do what they’re supposed to do, rather than what many of them are doing today.” What are teachers doing that they’re NOT supposed to be doing? According to Hanson, teachers “are not supposed to indoctrinate [children] with Marxism,” or “groom them into believing they can be a boy one day and a girl the next,” or “supposed to recruit them as warriors for climate change or social justice” – something which she believes is actively happening in our classrooms: “[The] education system thoroughly infiltrated by activists and disturbing concepts about race, climate and gender grounded in disproven neo-Marxist theories.”

How is this bill meant to prevent the boogeyman Marxist teachers from “brainwashing” Australian youth? Hanson states that the first aim of the bill is “placing an obligation on the Australian Curriculum, Assessment and Reporting Authority to develop a balanced curriculum for states and territories to adopt.” Here, Hanson points out Climate Change as one of the subject areas that require a “balanced” assessment.

Additionally, the bill seeks to “tie federal education funding to the existence of state and territory legislation and prohibits indoctrination in schools.” Hanson mentions “Gender Fluidity Theory” (a theory she made up) as an area where – if a school deviated from her perception of the science – it would lose funding if it breached the curriculum.

While climate action received a bashing, it was largely sexual orientation and gender diversity that received the brunt of Hanson’s ire. While making fun of or dismiss Hanson’s rhetoric is easy, we shouldn’t.

Earlier this month, five people were killed and seventeen were injured in a senseless act of gun violence at a gay nightclub in Colorado, US – and things aren’t much better at home. Hanson doesn’t believe we need to educate children on LGBT+ issues yet, last year, “a Western Sydney University study, which surveyed 2,376 LGBTQ students aged between 13 and 18 at government, independent and Catholic high schools across Australia” found that “More than 90 per cent of LGBTQ+ students hear homophobic language at school, with more than one in three confronted with slurs on a daily basis” (Guardian UK).

Hanson tying pro-LGBT and pro-Climate action sentiments to Marxism is her attempt to dog whistle that “outside” or “unAustralian” forces are influencing our society. Marxism – at least directly, in its orthodox framework – has nothing to say on these topics and Hanson’s comments are indicative of how little she understands the ideology she hates. Hanson is the perfect example of WHY we need to educate our youth. A world with fewer Hansons and a more educated working class can change the world. 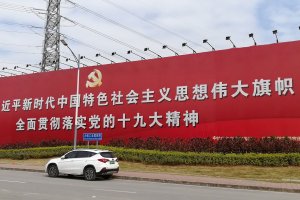 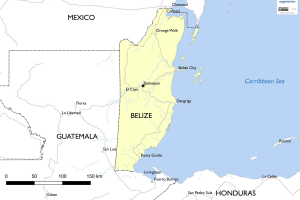 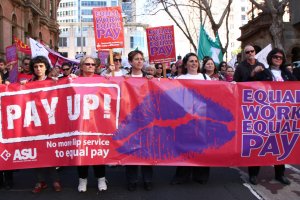 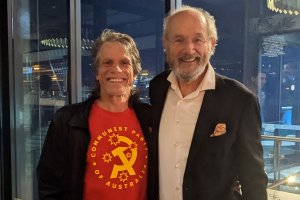