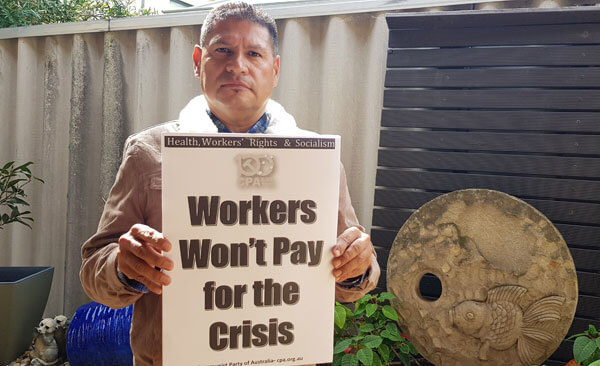 The Morrison government will do its best to pass the weight of the crisis onto the working class. The end of JobKeeper and other policies put in place during the worst days of the pandemic will just deepen the systemic crisis in Australia.

Christian Porter’s industrial relations bill known as the “Omnibus” bill will be debated in Parliament and if implemented would deliver WorkChoices-like conditions to Australian workers.

Workers and their unions will have to take their basic demands to the street and vote with their feet.

The CPA will campaign to ensure workers don’t carry the burden of the crisis.

Our struggles in 2021 will have the Environment as one of the priorities. To save the planet and bring about social justice, we must continue the fight for socialism. The CPA will launch its updated policy on the Environment called “Fighting for our Future”. We encourage all Party organisations to launch the booklet and campaign for a better world.

The CPA will celebrate its 14th National Congress from 29-31 October 2021. Preparations are underway for a Party wide discussion on the Political Resolution and policies for the next period but this process can’t be seen as separate from the strategic objective of building socialism.

This current issue of the Guardian comes out at the time of yet another Invasion Day celebration. The CPA stands in solidarity with Indigenous Australians for their land rights and the recognition that it always was and it always will be Aboriginal land.

2020 was a difficult year for all, capitalism has been clearly exposed; its failures have highlighted the need for workers to struggle for an alternative, a socialist society.

Party members will stand on picket lines alongside workers in their struggles.

Best wishes to all, stay safe!