Community action pushes back against demolition of Glebe public housing 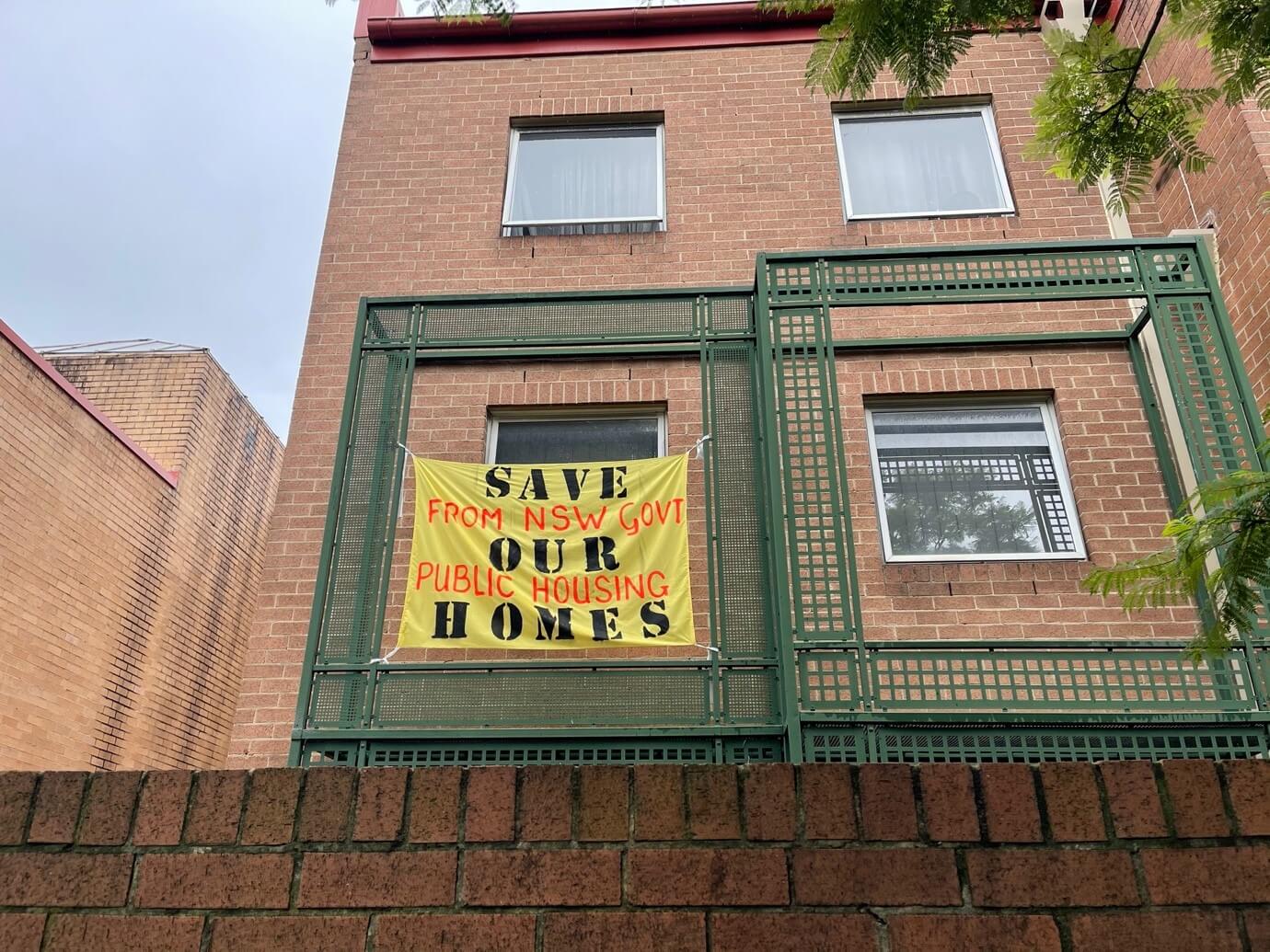 Residents and organisers from the Hands off Glebe campaign have come together in solidarity with protestors for their most recent public demonstration.

The NSW government plans to demolish homes and rebuild new complexes where only thirty per cent will be public housing, with the rest designated as private real estate.

Dr Hannah Middleton has been campaigning with Hands off Glebe and reprimands the government’s actions, pointing to financial interests directly against the public and long-term residents.

“We have a 60,000 waiting list in NSW for public housing,” says Dr Middleton. “So, what the government is doing is quite unconscionable. It is brutal. It is uncaring. It is benefiting developers because the process involves selling off public land to developers.”

“That’s a precious public asset that we can never get back. So, this government is only concerned about making money. Making money for developers and producing private homes.”

Middleton makes it clear that the demands of Hands off Glebe are non-negotiable:

“We have to do things like we’re doing today: we have to hold public rallies, put out media releases, write articles for newspapers and write submissions to government.

“All those things are important to involve a wider and wider range of individuals and organisations to say to the government, ‘understand us. This is not a negotiation. That’s not what we’re on about. We are saying no. No demolitions. No bulldozers. No evictions.’ ”

There are also grave concerns for the consequences of removing people from their homes and their communities.

Julie Brackenreg, who was a Baptist bishop in Glebe for almost ten years has echoed these concerns.

“The reason we are doing something about it is because so many of the people who live in housing are afraid to be seen at a rally like this. They know that the housing officers know who they are, and they are afraid. We’ve already heard of one suicide this morning, who was at the first of these rallies. Somebody who got harassed by housing officials and last Saturday decided they could take it no more and the threat of not knowing where they were living.

“The presuppositions that [the government] has made about people are that they don’t need two bedrooms if they are a single person. Well, they do. A lot of them are supported by family or friends, who would come and stay overnight. Maybe do their shopping and take them to their doctor appointments and then stay overnight. That was an important social outlet for them, to be able to entertain and see their family and friends on a regular basis.”

Middleton highlighted the campaign as an opportunity to increase public consciousness about not only public housing, but about whole systemic issues.

“The hope is that in the course of developing this campaign and talking with people about the ideology of what they are doing, it is possible to get people to say ‘we don’t want to reform housing. We want to change the whole system. That’s going to really make our lives better.’ ”

Books & more ...
Shop@
Find out our ...
Policies
The Guardian can also be viewed/downloaded in PDF format. View More