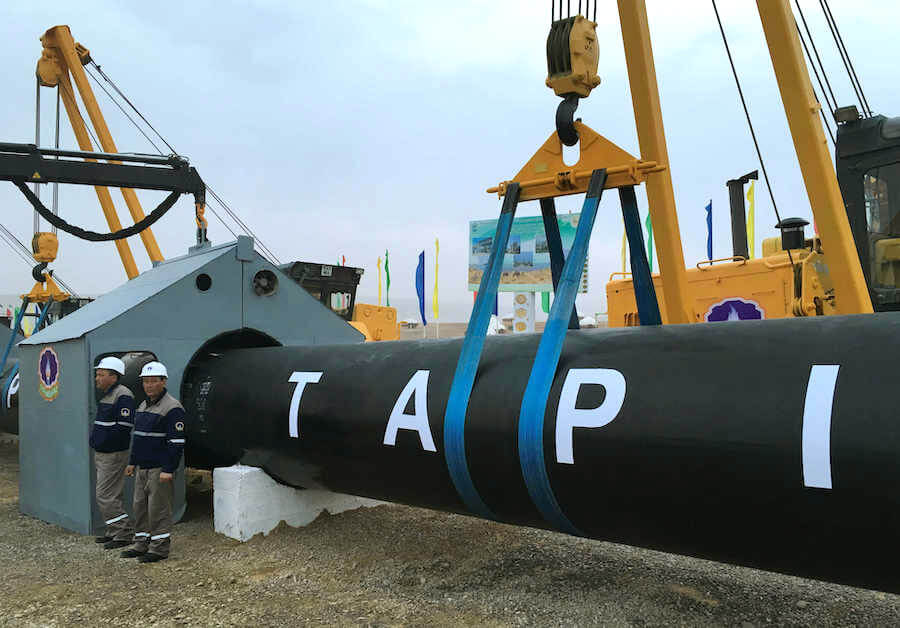 Since 9/11 the US has used the pretext of its “Global War on Terrorism” to develop a military position within GUAM (Georgia, Ukraine, Azerbaijan and Moldova) to establish geopolitical control over the Eurasian corridor, in which the Silk Road Strategy (SRS) grants access for major US corporations to this region. Controlling this Eurasian corridor also secures access over the region’s extensive oil and gas reserves, “protecting” pipeline routes and trade. Less discussed in the media is Central Asia, where the US has set up army bases in positions that guarantee the protection of existing and future pipeline routes.

Over the past twenty years, US corporations have not invested in pipelines, but instead have invested in the rich mining and oil and gas reserves, leaving the financing of oil and gas pipelines to others, as pipelines extending out of the GUAM region are too financially precarious under the present political climate in Afghanistan. The role of building the pipelines has been taken over by the regions’ State-Owned Enterprises (SOEs), whose governments have taken up massive loans to construct these projects. The economic wealth and the geopolitics of the region have not only increased competition between the three major powers in the region – the US, Russia and China – but also attracted a new rising economic and political power, India.

This year, Afghanistan begins constructing its section of the TAPI (Turkmenistan-Afghanistan-Pakistan-India) 1814km long pipeline to carry 33 billion cubic metres per year of natural gas, across the country, passing through Herat and Kandahar, to Fazilka, India. At the same time, the US has ensured that the proposed IPI (Iran-Pakistan-India) pipeline has been halted as financially unviable after the US enforced sanctions on Iranian petroleum exports. The pipeline passes through Afghanistan’s Kandahar province and the Quetta region of Pakistan, the traditional heartland of the Taliban. The US placed its full political weight behind the project, with negotiations between the Trump administration and the Taliban to ensure the building of the pipeline through Taliban controlled areas. Although the pipeline will be almost completely buried underground, it is still vulnerable to sabotage. In the 90s, the US, with the involvement of US oil companies, supported the Taliban’s rise to power by giving them financial and military support to contain Iran. The Taliban, who are Sunni, are hostile to the Shia Muslims of Iran and Afghanistan, and this has been utilised by the US to its own political advantage.

In 2014, four natural gas companies owned equal shares in the US10 billion (A12.6 billion) TAPI project: Turkmengaz (Turkmenistan), Afghan Gas Enterprise (Afghanistan), GAIL (India) Ltd., and Inter State Gas Systems (Private) Ltd. (Pakistan). In 2016 the Islamic Development Bank supplied credit to Turkmenistan for its 214 km section of the pipeline from its Galkynysh natural gas field, the world’s second largest gas field. Galkynysh was developed by a CNPC (China National Petroleum Corporation) led consortium, and the CNPC is the sole service contractor in its second development phase. The TAPI pipeline will provide a Chinese counter-balance to India’s political and economic expansion into the region. As a countermeasure to China, the Turkmenistan government has developed closer ties to the US, NATO, and Israel. The US and the Asian Development Bank (ADB) have financially supported the project with loans. Turkmenistan is committed to covering eighty-five per cent of the project’s cost through its own territory, which has left it in a financial struggle, as Turkmenistan is not able to cover its national budget, after the international price of natural gas collapsed in 2018, leading it into an economic crisis.

The TAPI “Peace Pipeline” will pay 500 million USD per annum to Afghanistan in transit fees, a financial benefit for one of the world’s poorest countries, with an annual income of US$470 million per capita. Although commercial oil production, estimated at over 1.9 billion barrels in reserves, began in Afghanistan’s northern oil fields in 2013, TAPI will supply 1.4 billion cubic metres per day of natural gas to supply energy to its cities, to produce energy to its growing commercial sector. TAPI has the potential of making Afghanistan a significant regional energy transit hub, providing massive revenues to the region over the next thirty years. This is a necessary requirement as Afghanistan seeks to replace the millions in foreign aid that it currently receives as the US winds back its share.

India-US strategic cooperation was established in 2015 between President Barack Obama and the Indian Prime Minister, Narendra Modi. The natural gas supplied to India, the world’s third-largest energy consumer, will ensure India has the capacity to become a major geostrategic power in Eurasia’s Central heartland, a region critical for India’s security, energy and trade needs.  To counter the US-India agreement, China thwarted India’s “Connect Central Asia” policy of gaining a strong presence in the region’s oil and gas fields by the CNPC acquiring ConcoPhillips’ 8.3 per cent share of the massive Kashagan oil field in Kazakhstan for US$5 billion, outbidding India’s OVL corporation. CNPC is providing a further 3bil USD towards a stage two development of the field. India is presently supplying massive aid to Afghanistan to build roads and infrastructure in the country. It also has ongoing peace talks with Pakistan, which accuses India of supporting rebels in Baluchistan.

At present, India and US are working to be a regional counter-balance to Russia and China. China has made deep inroads into Central Asia with its Belt and Road Initiative (BRI) through its massive investments, but it also has made territorial claims to Afghanistan’s Wakhan Corridor, which separates Pakistan Occupied Jammu and Kashmir from Tajikistan. This would cede an area of 1,158 square kilometres to China: an area rich in mineral deposits.

After India became a full member of the Shanghai Cooperation Organisation (SCO) it negotiated a number of regional strategic partnerships. India has signed defence and military-technical memorandums of understanding with Kazakhstan, Kyrgyzstan, and Turkmenistan. The Farkhor Air Base in Tajikistan, for example, is operated by the Indian Air Force and Tajik Air Force. Economically India has made US$1.2 billion investment in Kazakhstan’s oil and gas industry. India has purchased over 5000 tonnes of uranium from Kazakhstan, and is now negotiating a financial involvement in the TAPI pipeline. Economically and militarily, India has now become a critical stakeholder in the region. 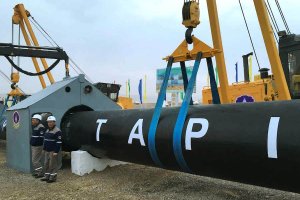