Towards the 14th CPA National Congress 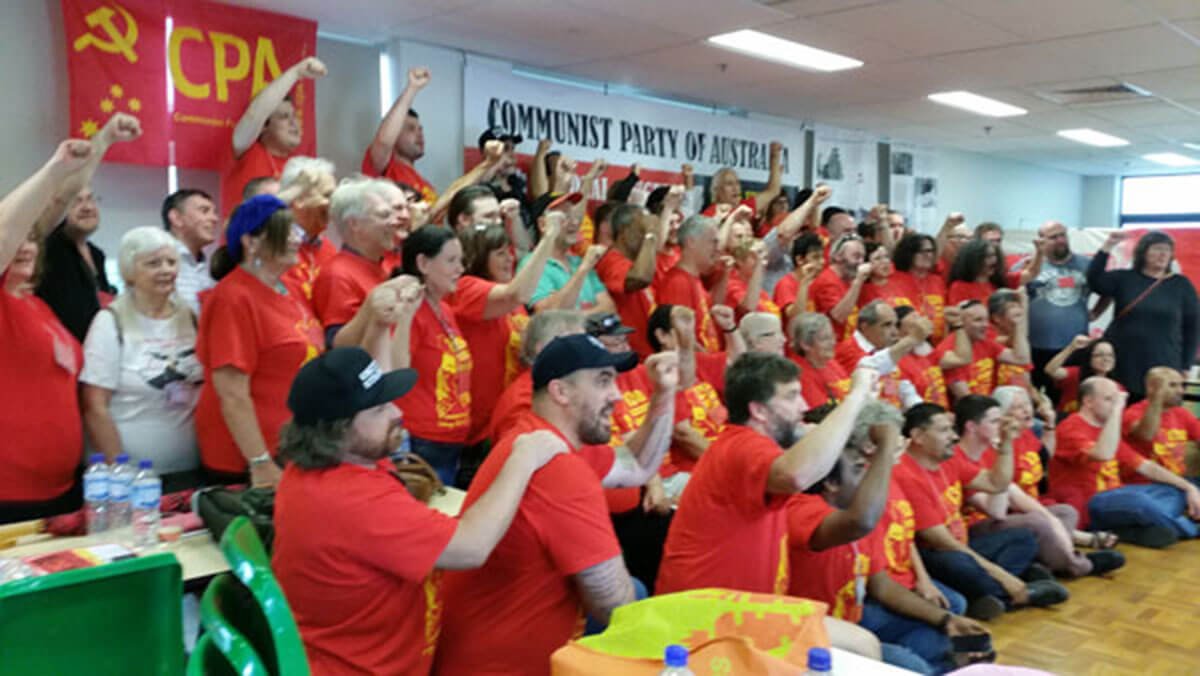 The CPA is just commencing the process of Party-wide discussion of the draft Political Resolution to be adopted by the 14th Congress to be held in Sydney on 29-31 October 2021. The upcoming break might be a good opportunity for all Party comrades to exercise their rights to participate under our internal democracy to analyse, discuss, amend and develop the Party document that will guide the Party’s political work for the next four years.

The Political Resolution aims to analyse our Party activity since the 13th Congress, how decisions were implemented, our successes and errors. This is a fundamental process for the dialectics of social change.

The building of a strong working-class party is one of the strategic tasks for advancing socialism in Australia.

The 13th Congress decided to take the Party to the People. All Party activity stemmed from the decision to have an organisation that is seen and taken to the people through activity.

Since the last Congress, the CPA has experienced some substantial growth in membership and a growth in our diversity.

Many people are seeing in the CPA an organisation representing the interests of the working class and all the popular strata. Comrades have joined the CPA from all parts of the country where the Party has branch activity. It was also interesting that more and more people reached out looking for the most effective way to defeat capitalism since the last federal elections. Many have come from other political parties, including those who had pursued social democracy as a way for social change. It has become clearer to many that social democracy is not the answer for workers in Australia.

Since last Congress, we experienced many positive developments with a more active Sydney District Committee and the beginnings of establishing a NSW State Committee. A branch has been established in Wollongong, quickly becoming an active highly visible branch in the area as well as contributing to rallies and being active in Sydney to support comrades there. There has also been growth in other regional branches in NSW. All the other CPA branches in Brisbane, Melbourne, Adelaide and Perth have continued to develop, and there is also good potential for branches in Canberra and Darwin.

The Party has also overcome some internal challenges but successfully met the issues by the commitment and hard work of Party members to build the Communist Party of Australia. COVID-19 in 2020 affected the way we do things, but Party activity and the work of branches was adapted to new conditions. Party branches organised meetings online and stayed active according to the limitations of the new reality and many impressive initiatives were put in practice. In fact, some of the new ways of working will continue to be utilised to enhance our reach and accessibility, particularly for remote members.

Despite COVID-19, the Party leadership successfully implemented the Health, Workers’ Rights and Socialism campaign, which had the key objective of keeping the Party structure active. The pandemic could not stop Communists and the labour movement from exercising their right to protest. Comrades participated in many struggles including Black Lives Matter and the May One Movement in which Party members played an active role as well as supporting workers on strike.

Ultimately the key objective is to campaign to prevent workers paying for the crisis, something the bourgeoisie and the Morrison government will try to enforce. To this, Communists say: “workers Won’t Pay for the capitalist crisis.”

From early April, all party members will get involved in the Party-wide discussion of the Congress documents. It is expected that the collective discussion will deliver the best way forward to be adopted by the 14th Congress in October. We encourage all Party members to participate with discipline, criticism and self-criticism, putting the Party ahead of any other personal or group interest. Discussions will take place at the branch, district and state levels.

The Central Committee will also invite all members to contribute articles for the Congress discussion journals that have been planned for May and June.

We ask all Party members to take this opportunity and actively participate in the process towards the 14th National Congress of the CPA. Stay safe!