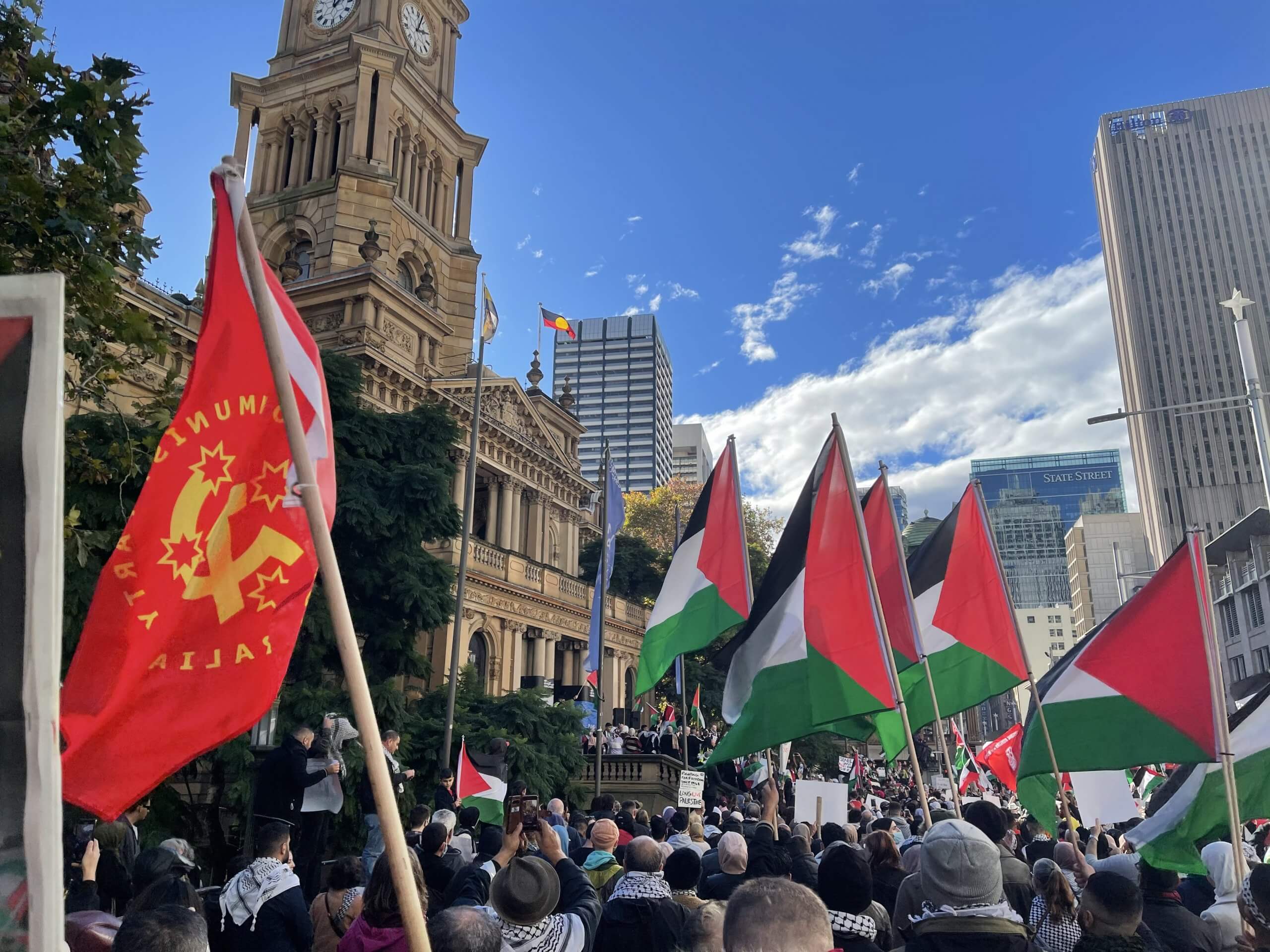 Thousands showed up at Sydney Town Hall to a demonstration marking 73 years since the 1948 Palestinian Exodus.

“The significance of today is commemorating the Nakba,” said CPA member Ryan Dodd, who had attended the rally. “There’s a long history of oppression by the Israelis and the Zionists of the Palestinians. It’s obviously still going on; you see it on the news, and this oppression is disgusting. They need to stop it.”

Nakba Day each year marks the remembrance of the country’s destruction during the Palestinian war from 1947 to 1949 and the Israeli Declaration of Independence. It remembers the many Palestinians who fled or died in this period and has also come to represent the ongoing destruction to the country and its people.

The rally came after Israel’s latest airstrike, the bombing of the al-Aqsa Mosque, as well as arrests in Sheikh Jarrah; Palestinians make up most of the residents in this East Jerusalem neighbourhood.

“Israeli imperialism has been supported a lot by the US and other settler colonies,” said Dodd. “Australia is complicit in it. We don’t want to reflect on our own settler past and reflect on reparations for indigenous people. Of course, our government is going to be complicit in it.”

“As communists, we need to stand up against this imperialism and support the calls to return the land to the Palestinians.”

Speakers called for solidarity with Indigenous Australians, having many shared experiences with the Palestinians.

“I still remember the screams of the women. Those whose husbands and sons had died. Those who were raped. I stand here today as an 8-year-old boy. A lost boy who never understood why he had to leave his home.”

The protestors marched throughout the city, with chants pointing out the crimes of Israel and its complicit partners, including the United States and Australia. One chant demanded justice for Palestinian children killed: “Israel. USA. How many kids have you killed today?”

Palestine Action Group Sydney, who organised the rally, are pushing for further action to raise awareness and build momentum after the success of the protest at Town Hall.