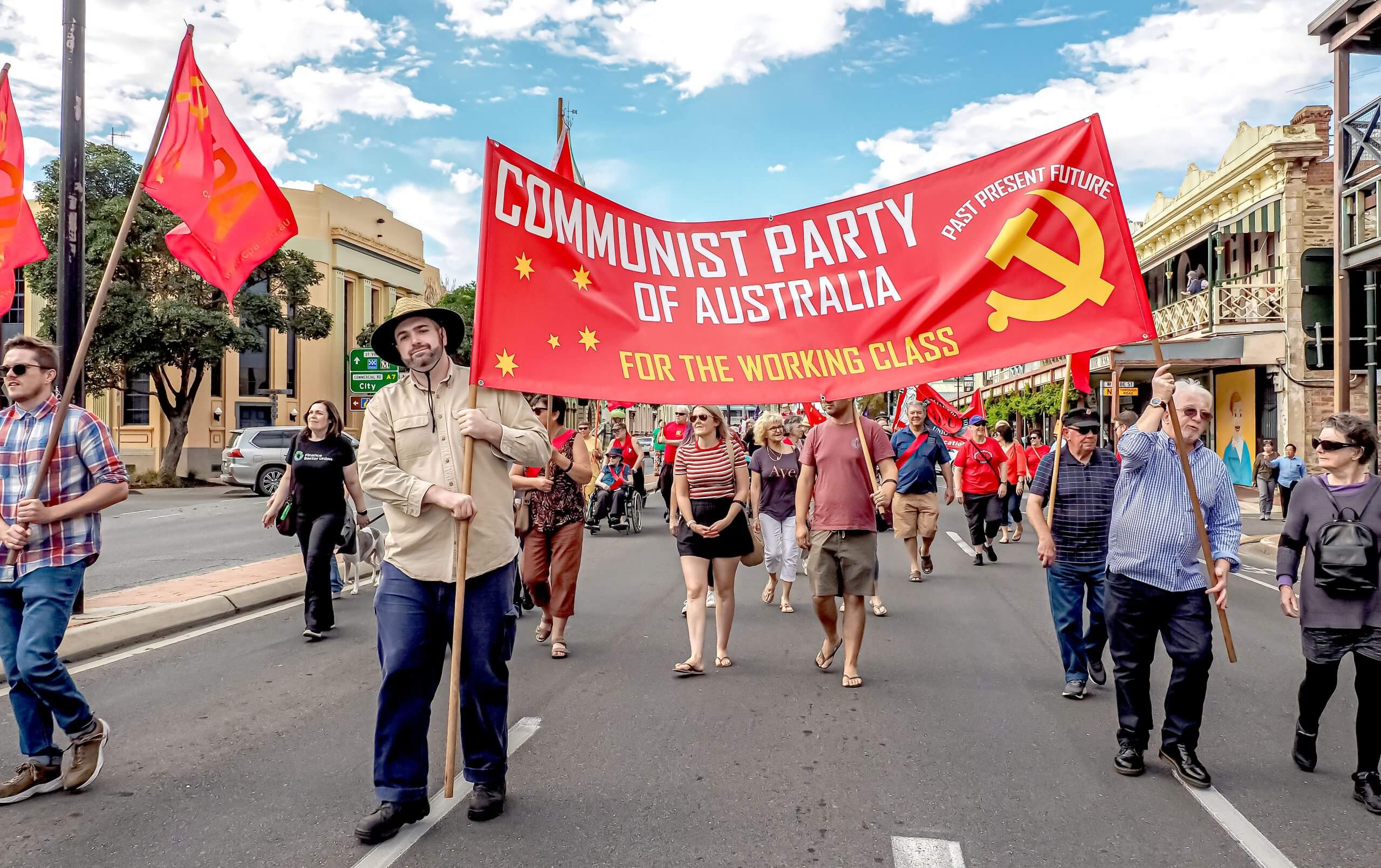 There is an alternative to the Coalition’s pro-business, gas- and oil-fuelled budget. Instead of maximising profits for the government’s big business mates, a People’s Budget puts the interests of people and the planet first.

Under such a budget, the anarchy of market forces is replaced by planned economic development and measures to protect the environment. It would be based on a public sector-led recovery and increasing the income of working people, retirees, the unemployed, and social security recipients.

Here are some examples of what a Communist Party of Australia People’s Budget would contain:

Health, education, transport, utilities, and other vital services are gradually being privatised. Once privatised, the driving motive becomes profit, not people’s needs. Services are cut, quality and access decline, and the cost to the public increases.

A public sector-led recovery would involve the expansion of health, education, transport, and other public services. Key infrastructure would be nationalised, including former state-owned banks and insurance companies.

Universal access to health care is fundamental to building a healthy society. The CPA is committed to:

Universities took another hit in the Coalition’s 2021-22 budget. TAFE is being gutted with campus closures, casualisation and loss of staff. University and TAFE fees deny many working-class people the opportunity to undertake higher education or retraining later in life.

Education should be a right, not a privilege for those who can afford it. Australia has the wealth to be able to provide a quality education at all levels and lifelong access to education. The CPA would:

The Royal Commission into aged care revealed appalling levels of neglect and abuse, dangerously low levels of staffing, low wages, and lack of qualified staff in aged care facilities. Elderly people are dying as they wait for a home care package or being forced into nursing homes. The CPA would provide the services to enable elderly people to live meaningful lives and maintain independence. It would include these in a new Aged Care Act. In particular, it would provide:

Public housing has been restricted to welfare housing and renamed “social housing” with narrowed criteria for eligibility. Successive governments have cut funding for “social housing,” and gradually sold off stock to developers. Housing affordability has fallen to its lowest level ever, yet more than $3bil was taken out of public housing over the past decade. Waiting times are up to ten years.

The Communist Party of Australia would begin to implement a national, government-funded and owned public housing program with affordable rents based on income. The CPA would:

Almost all the infrastructure spending announced in the Coalition’s budget related to roads. There was relatively little for public transport or rail freight services. Provision of adequate public transport to service to all communities is a social and environmental imperative. Private road transport is a major contributor to carbon pollution, while lack of access to public transport places a huge burden on poorer communities.

As the commuting public is well aware, in those states where public transport has been privatised, services that do not turn a substantial profit are cut, maintenance declines, corners are cut, and fares increase. The CPA would provide funding to:

The public service has been hit by ongoing cuts in employment, ongoing casualisation, outsourcing of responsibilities of public service. Privatisation of employment services, for example, has resulted in a lack of accountability, poor quality services, and higher costs due to built-in layers of private profits.

There are 25,000 labour-hire workers employed in public service fields, at huge cost to the taxpayer. The budget could have cut out the expensive private sector with its layers of profits and used the additional funds to hire more staff.

The CPA would bring job security to the public service and increase the number of employees so that services are adequately staffed. Public servants would receive a real wage rise and permanent employment.

The move toward enterprise-based agreements and individual working arrangements has served to strengthen the hand of employers and undermine the concept of centralised wage-fixing. Workers suffered serious setbacks under enterprise bargaining and individual contracts. A series of reactionary anti-trade union pieces of legislation by both Labor and Coalition governments has made the situation for trade unions extremely precarious.

Workers have an inviolable right to a living wage and dignified and safe conditions. The CPA would:

Our previously strong manufacturing sector has been hit hard with off-shoring of jobs and manufacturing processes moving to lower-wage areas.

The CPA sees it as vital that our manufacturing industry is developed and protected from the neoliberal race to the bottom. The private sector has failed to deliver for Australian workers. They have taken government hand-outs, exploited Australian workers, and gone offshore.

The CPA would abandon the failed neoliberal policies and replace them with pro-people policies built on a strong manufacturing sector.

The government’s gas-fired recovery will not only accelerate climate change, but not even generate more than a handful of jobs. The industry is one of the least labour-intensive in Australia.

The climate crisis is real in Australia – soil salinisation, air and water pollution, biodiversity loss, drought, floods, bushfires, and record high temperatures. This is the consequence of unregulated capitalist exploitation.

To alleviate some of the worst features of the environmental crisis, the CPA advocates:

Militarism is part of the US drive for world domination. Australia has signed away its independence to US imperialism. High military spending steals resources from education, hospitals, social security, and environmental protection, and undermines sustainable development. The CPA would:

Industries comprised of predominately women workers often pay workers more poorly than male-dominated industries. While women today are entering the workforce in record numbers, they commonly encounter problems when they have children. Many are forced to abandon the workforce because they do not qualify for leave or cannot afford childcare. The CPA would:

End social security payments based on relationship status, so that women have access to an independent income

Provide publicly funded before-school, after-school and long day childcare facilities for all who need them and for good quality, free early childhood education and care

The CPA is committed to the following policies:

The carers’, student, and youth allowances are well below the poverty line, and were neglected in the recent budget. The age pension and JobSeeker are long overdue for real increase to enable recipients to live in dignity.

The government failed to adequately fund the NDIS and then attempted to cut costs by introducing confronting “independent” assessments. There is currently a moratorium on these assessments. The CPA would:

Full employment is CPA policy. Job creation must be based on an overall economic and social program. All the above policies would create thousands of additional jobs in health, education, aged care, community, construction, the public sector, housing, and public transport.

Development of the manufacturing sector, public production of pharmaceuticals, and research would be key areas of government investment. Renewable energy, research and development, and environmental protection would see the creation of many more jobs than are lost by shutting down the fossil fuel sector. The creation of these jobs would be central to a just transition.

All these measures cost money. But there is no shortage of money; it is a question of distribution. At present billions of dollars are being paid in subsidies to the big end of town. This would cease and the funds redirected to benefit the people. The CPA would:

Not all the above reforms could be completed within one budget, or within capitalism. They run contrary to the Coalition’s anti-people and environmentally destructive budget. The ALP, too, is wedded to neoliberalism with a few soft touches around the edges. Achieving all these changes requires a government of a new type.

The CPA cannot single-handedly achieve the policies outlined above. It would take the support of the trade union movement and other progressive forces who are prepared to fight for the interests of the working class.