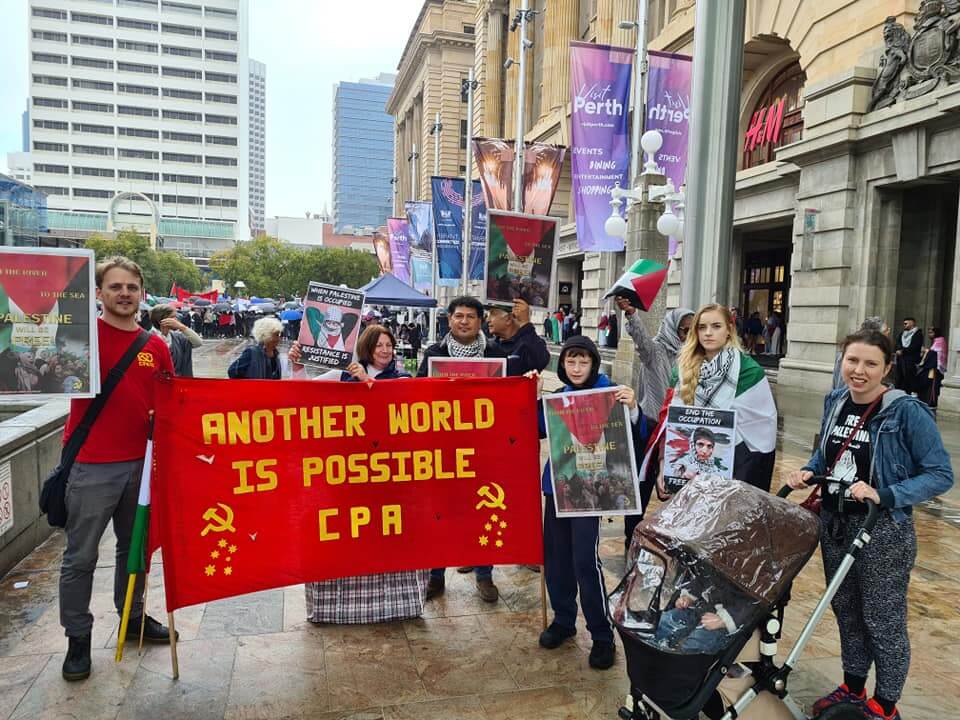 Around two thousand people gathered on Sunday 23rd May at Forrest Chase in Perth CBD as part of the global day in solidarity with the Palestinian people.

While welcoming the cease fire, the roots of the 73-year catastrophe has left thousands of Palestinians dead and millions displaced.

The recent Israel military attacks on Palestine left more than two hundred dead, including several children and women and the criminal destruction of Palestinian homes. The resistance of the Palestinian people is heroic and is the key issue that could decide the outcome.

The international community plays an important role in the campaign to stop the war crimes committed by Israel against the people in occupied Palestine. US imperialism must stop its support for Israel policies of genocide against the Palestinian people.

The Perth rally, organised by Friends of Palestine, attracted many people from the community across cultural boundaries. The absence of the organised trade union movement was felt despite several individual trade unionists who stand with the Palestinian people and demand the end of the occupation.

The local CPA branch participated in numbers with a clear position that the end of the occupation is the only possible avenue to peace. Placards with the Guardian’s centre poster and other local production designs showed our message on the day.

Speakers at the rally shared personal, painful experiences of what it means to live under siege. The right to return for all refugees to their homeland is a just demand in the hard road to a two-state solution.

Protestors marched through the Murray and Hay Street Malls and returned to the Forrest Chase fore court, where the rally continued the call for a free Palestine.

The Communist Party of Australia stands in solidarity for a free Palestine with East Jerusalem as its capital based on the June 1967 borders and the right for all refugees to return to their homeland.

“How long will it last?”: Ceasefire in Palestine