While visiting the Office of the Director of National Intelligence on Tuesday, US President Joe Biden highlighted growing “threats” posed by Russia and China to the US’ national security. He stressed that a significant cyberattack on the US could lead to “a real shooting war” with a major power. This is more like a threat of war against China and Russia than merely a warning.

It is well known that the political nature of cyberattacks is usually difficult to clarify, and most cyberattacks come from IP addresses in the US. Biden’s comments severely lowered the threshold for the threat of war between great powers, raising fears that the US war machine is run by a highly irresponsible team.

Earlier on Tuesday, US Defense Secretary Lloyd Austin gave a speech in Singapore. After having attacked China on all levels in his speech, he said that the US is not seeking confrontation and that he, as the defence secretary, is “committed to pursuing a constructive, stable relationship with China, including stronger crisis communications with the People’s Liberation Army (PLA).” On Wednesday, US Secretary of State Antony Blinken, who is visiting India, will meet with representatives of the Dalai Lama in New Delhi.

The US is carrying out a strategic “full-court press” against China. This makes its recent rhetoric that it does not seek conflict with China seem hypocritical. Austin’s words actually aim to divide countries in the region into “China” and “other countries.” Although the US says it will not ask ASEAN members to take sides between China and the US, it is trying to achieve this goal by roping in and coercing them. Washington’s current statement of its position is just a stopgap. It really does not have the capacity to do so at the moment, because China is the largest trading partner of almost all ASEAN members.

The US’ China policy contains the most virulent geopolitical objectives. Yet as long as the US is willing, at least for the time being, not to escalate the situation into a strategic confrontation, including military conflict, we may act according to the trend and maintain the bottom line of China-US relations – peace. Meanwhile, we have to discard any illusion and make comprehensive preparations for the worst in case the deterioration of China-US relations crosses the bottom line. We should ensure that we are calm in the hour of peril, and proactively accumulate strategic initiatives.

To break the US’ containment, the key focus for China is to accelerate the expansion of China’s economy and market. It is in line with China’s long-term policy of reform and opening-up. It can be realised as long as we focus on doing our own things well. What we need to realise now is that economic development is the main battlefield of China’s competition with the US and the biggest political issue for a period to come. Every county, city and industry in China is connected to the grand strategy of the competition with the US. As China’s GDP approaches that of the US, it is a death knell for US hegemony.

However, the economy alone is not enough. China’s defence strength is the lever with the most direct deterrent in the competition with the US. Whether the contest takes place in the Taiwan Straits or in the South China Sea, China must deprive the US of its certainty that it can defeat China. Our economic and technological capabilities have made this goal very realistic.

The US’ confidence in defeating the PLA in the Taiwan Straits has drained away as the Chinese mainland’s military preparedness in the Straits has created an ever-expanding real deterrent for the US and the island of Taiwan. With the US still attempting to demonstrate its superiority in the South China Sea, China must do all it can to bring about a credible reversal of the military balance of power in the region.

The US Navy’s advantage in overwater power will surely persist for some time. China must not only catch up with the US, but also strengthen its land-based missile forces that can strike large US battleships in the South China Sea in a war. We can massively expand this force so that if the US provokes a military confrontation in the South China Sea, all of its large ships there will be targeted by land-based missiles at the same time.

Michele Flournoy, a former US undersecretary of defence for policy in the Obama administration, published an article in 2020 on Foreign Affairs. She advocated that the US needs to have “the capability to credibly threaten to sink all of China’s military vessels, submarines, and merchant ships in the South China Sea within 72 hours,” in a bid to deter China.

In the face of that, China, in turn, needs to develop a credible capability to immediately eliminate US forces in the South China Sea and nearby military facilities, so as to deter US military in a tit-for-tat manner.

All this is the basis for forcing the US to keep calm in the South China Sea. This is also critical to shape regional countries’ attitude toward China-US competition. Despite having the strongest military forces in the world, the US cannot beat China at China’s doorstep. This must become the reality in the region and the common expectation of regional countries.

China will not engage in an all-out arms race with the US, but in China’s coastal waters, we need to be determined to out­compete the US in terms of military capability. China has sufficient potential to achieve this goal. China’s defence budget is only about 1.3 per cent of its GDP, while that of the US is around 3.5 per cent. We need to convince the world in the near future that China is not going to provoke the US, but if the US comes to fight China in the Taiwan Straits or in the South China Sea, the PLA will have sufficient capacity to beat the hell out of them. 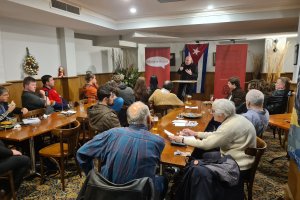