Six years ago, 2015, CFMEU official Gerard Benstead went to a construction site in Melbourne’s Brighton. Upon inspection, he told a contractor that the workers’ shed was not adequate and failed to provide a toilet for women. Benstead also notified the company and stated that an enterprise agreement should have been in place, securing better pay and conditions.

The contractor told Benstead that a system was already in place – that met workplace safety requirements and a female employee – for any women on the site to use the men’s toilets.

Finding the situation clearly inadequate and an attempt to circumvent union involvement, Benstead and another union organiser returned, sent the workers home, until the company finally conceded, building an additional shed and adding a women’s portable toilet.

You would think that would be the end of this fairly straightforward story, but, as per usual, the Australian Building and Construction Commission (ABCC) couldn’t resist the opportunity to level another fine on the union.

In 2016, the ABCC filed a case, claiming that the events that transpired constituted unlawful industrial action. The original judgement from the Federal Court sided with the ABCC, issuing the CFMMEU a $50,000 fine. Upon appeal, the decision was reversed. The ABCC attempted to challenge the decision, but in June this year, it was denied by the High Court, bringing the saga to a close.

Speaking on the closure of this ridiculous action, Dave Noonan, CFMEU National Construction Secretary, stated that “The ABCC has flushed a ridiculous sum of cash down the toilet defending the right of grubby employers to save pennies by refusing to provide women’s amenities on a construction site,” adding “The ABCC was created as a political cudgel to attack workers and it clearly needs to go.”

At the time, a spokesman for the ABCC stated costs paid by the ABCC on the High Court appeal so far were less than $100,000. However, two weeks ago, Attorney-General Michaelia Cash disclosed that the ABBC had spent close to half a million dollars on external legal fees ($432,469) in the legal battle. According to the Sydney Morning Herald, including “internal costs and the union’s High Court fees, the total fee would be much higher.”

ALP’s assistant government accountability spokeswoman Senator Kimberley Kitching stated: “This drunk-on-debt government keep inventing new ways of flushing taxpayer money down the toilet,” adding “It’s yet another reminder that unions are a force for good in this country.”

This case is one of many examples of anti-union behaviour displayed at the hands of the Coalition government, who reconstituted the ABCC after a return to government by then-Prime Minister Malcolm Turnbull. It is imperative that we fight against this anti-union behaviour and ensure that if the ALP wins the next election that the ABCC is dismantled. 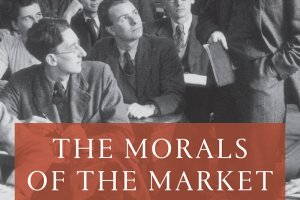