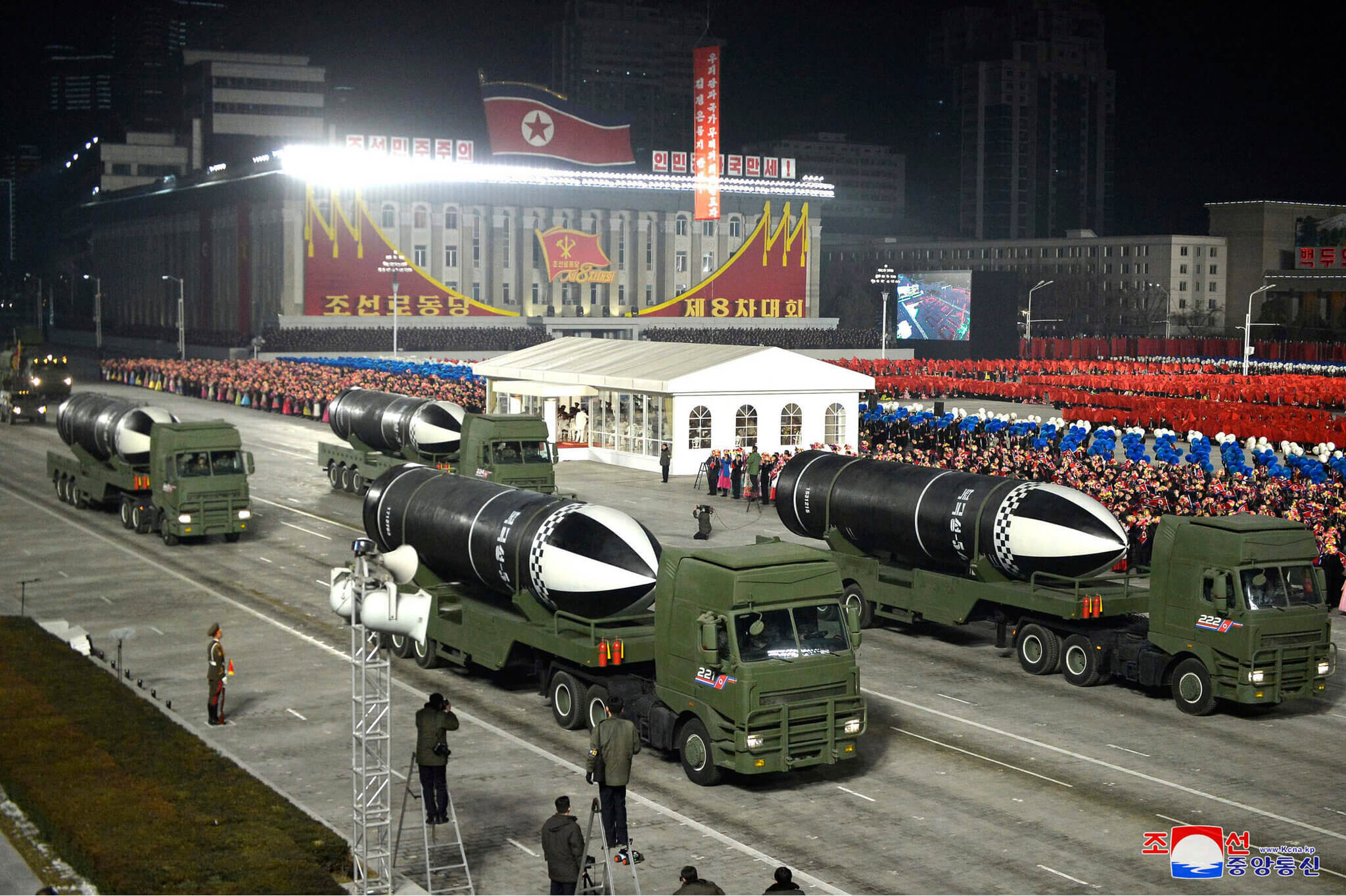 In reaction to increased military tension in the region, the DPRK has stepped up its military arsenal.

While much has been said that AUKUS is a direct threat to China, little has been said that it is also a direct threat to North Korea, the DPRK (Democratic People’s Republic of Korea). On 15th September, the Australian Prime Minister, Scott Morrison, announced the formation of AUKUS – the trilateral security pact for the Indo-Pacific region, between Australia, the United Kingdom and the United States. The deal will see the US and UK give Australia the technology to build nuclear-powered submarines. The agreement also covers cruise missiles, artificial intelligence and other military technologies. The deal will see the US share its submarine technology for the first time in sixty years, having previously only shared it with the UK. The International Institute for Strategic Studies lists the US having sixty-eight nuclear-powered attack submarines, Russia twenty-nine, China twelve, UK eleven, France eight, and India with only one.

Although China was not directly mentioned in the AUKUS pact, it is widely viewed in the West as being the main target in an effort to counter China’s military influence in the South China Sea. North Korea also sees itself under direct threat from the AUKUS pact. On 20th September, a DPRK Foreign Ministry official condemned the security pact, as the deal will “upset the strategic balance in the Asia-Pacific region.” The official said that: “These are extremely undesirable and dangerous acts which will upset the strategic balance in the Asia-Pacific region and trigger a chain of nuclear arms race.” Pyongyang said it was “quite natural that neighbouring countries [like] China condemned these actions as irresponsible ones of destroying the peace and stability of the region.” The Head of the Ministry’s Foreign News section told the official Korean Central News Agency that Pyongyang would “certainly take a corresponding counteraction” to Australia acquiring nuclear-powered submarine technology. AUKUS has greatly increased the threat of escalation of militarisation in the region.

It is ironic that a week after the signing of the AUKUS agreement, the issue of the declaration of the termination of the war on the Korean peninsula was raised at the 76th UN General Assembly on 22nd September by President Moon Jae-in of South Korea.

In reply, on the next day, Ri Thae Song, Vice-Minister of Foreign Affairs of the DPRK, issued a press statement that any declaration of the termination of the Korean War is premature. The DPRK feels that the Minuteman-3 ICBM test-launch in Vandenberg air force base in California in February and August 2021, the termination of the US-South Korea missile guidelines in May 2021, and the US approval of the sale of billions of dollars of military hardware to Japan and South Korea are directly targeting the DPRK.

“We are also following with alert the US recent decision to transfer a nuclear-powered submarine building technology to Australia.

“Underlying all the issues cropping up on the Korean peninsula is, without exception, the US hostile policy toward the DPRK. The US forces and a huge number of its latest war assets which have already been deployed or are in the state of movement on the Korean peninsula and in its vicinity, including the ground, waters, air and underwater, and war drills annually held with various codenames all point to the US’s hostile policy toward the DPRK getting [more] vicious day by day.

“The DPRK’s just measures to bolster up the capability for defence to cope with the US military threat to bring us down by force are described as ‘provocations’ while the arms build-up escalated by the US and its vassal forces to threaten the DPRK is justified as a ‘deterrent’. Such American-style double-dealing attitude is also a product of the hostile policy toward the DPRK.

“What’s clear is that as long as there remains the US hostile policy towards the DPRK, the biggest stumbling block in ending the war, the termination of the war will merely be nominal even though it is declared.”

In a press statement, Kim Yo Jong said: “What needs to be dropped is the double-dealing attitudes, illogical prejudice, bad habits and hostile stand of justifying their own acts while faulting our just exercise of the right to self-defence. Only when such a precondition is met, would it be possible to sit face to face and declare the significant termination of war and discuss the issue of north-south relations and the future of the Korean peninsula.”

In reaction to increased military tension in the region, the DPRK has stepped up its military arsenal, testing a new anti-aircraft missile, and missile tests from a train. In September, North Korea reported that it had tested a new hypersonic missile, the Hwasong-8, as well as a train-based ballistic missile and a new long-range missile. According to the James Martin Center for Nonproliferation Studies, the Hwasong-15 has a reach of 13,000 km. Additionally, in January, the DPRK unveiled a new submarine-launched ballistic missile, calling it “the world’s most powerful weapon.” The country has seventy-three diesel-powered submarines.