Communiqué of the Central Committee of the Portuguese CP 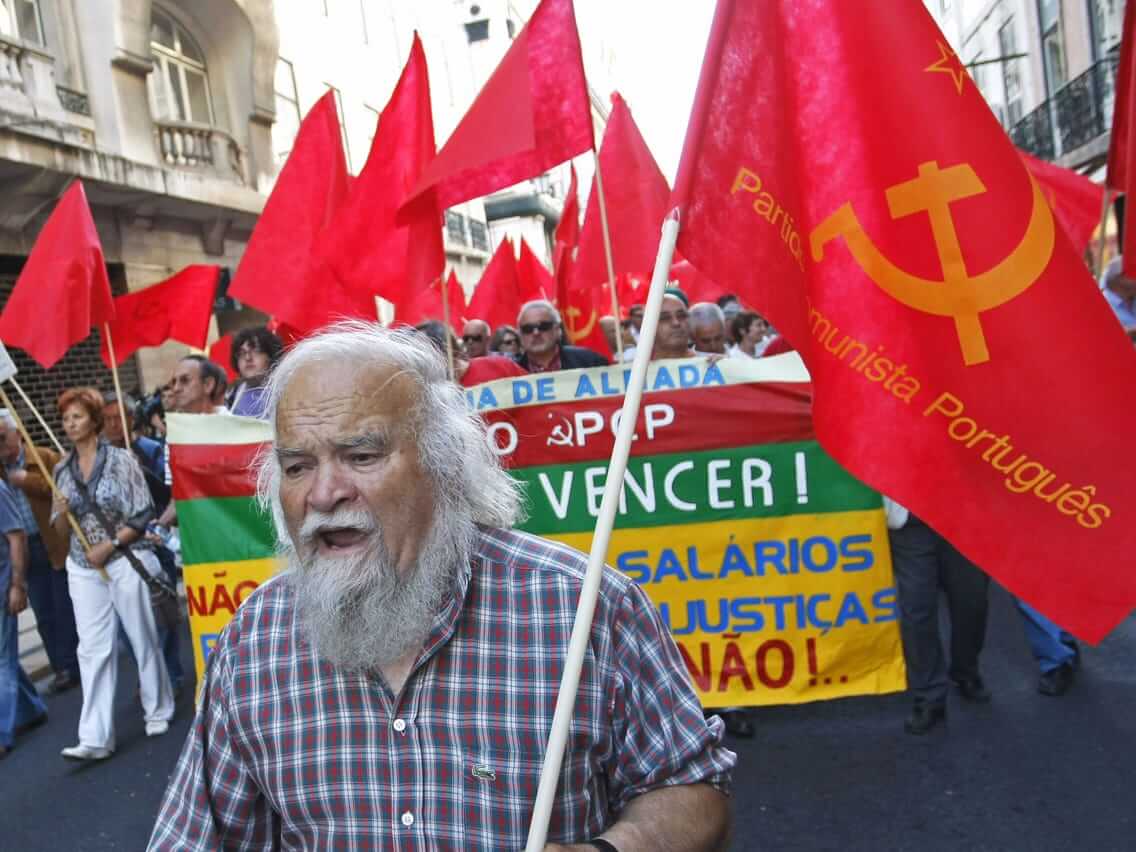 EDITOR’S NOTE: The following is an excerpt from the PCP’s CC statement. To read the statement in full, please visit www.solidnet.org.

[Portugal] is faced with the consequences of decades of right-wing policies and with the impacts of the epidemic and the utilisation that capital makes of it. Impacts to which are added structural deficits, aggravated exploitation, injustices and inequalities in society and in the territory and other problems that drag on or even worsen, and that should hold responsible the right-wing policies and the parties that execute and defend them.

The Socialist Party (PS) government, subordinated to the interests of economic groups and the impositions of the European Union (EU), does not respond to the problems of the workers and people, despite not having lacked the conditions to do so. It does not break with the central axes of the right-wing policy that jeopardises the country’s development […].

The continued promotion of reactionary agendas and projects – which also explores the government’s lack of response to problems – aims to serve big capital, aiming at increasing exploitation, appropriating public resources and attacking the democratic regime, and it is accompanied by a vast ideological offensive seeking to instil fear, resignation, obscurantism, fatalism and other paralysing, reactionary and anti-democratic postures and conceptions.

The promotion of various political forces, as well as the wiping out of the PS’s options of convergence with the right, are part of the attempt to conceal the alternative policy that the PCP upholds and proposes to the Portuguese people.

The struggle for an alternative patriotic and left-wing policy, inseparable from the struggle of the workers and the convergence of anti-monopoly classes and strata and of broad sectors and democratic forces, constitutes the central element to stand up against capital and its protagonists, to defeat its aims and pave the way for the solution of national problems, for a Portugal with a future.

The national situation is not more serious only because the workers’ struggle and the PCP’s decisive intervention made it possible to guarantee, among other measures, the payment of wages in full to workers under lay-off, an increase in pensions, support to [Small and Medium-Sized Enterprises], to culture and to transport, or measures to improve the National Health Service (NHS). Necessary responses that the government hinders, while, in other areas, it insists on not implementing what the current state budget holds, among them the absence of hiring workers in various sectors or the necessary investments in the National Health System. […]

A year and a half after the recording of the first case of COVID-19 in Portugal, all the indicators for assessing the epidemiological situation confirm that there is no reason to maintain restrictions to enjoy life fully.

The CC of the PCP demands from the government measures that guarantee the normalisation of the activity of the NHS and the recovery of accumulated delays in the programmed activity, in terms of appointments, surgeries, screenings or diagnostic examinations.

Measures to curb the attack of economic groups against the NHS and to increase the number of professionals, value their careers, salaries and working conditions, thus preventing the exodus of thousands of doctors, nurses and other health technicians to private groups and emigration.

It is also necessary to respond to the impacts of the epidemic and the lengthy periods of lockdown on children, young people, the elderly, people with disabilities, and in areas such as education, culture, sports or associations. […]

There are no reasons to justify postponing options and responses to national problems. There is not only a pressing need for solutions, but also possibilities to implement them. […]

It is necessary to look to the future, give the answers that can and should be given, open perspectives for an alternative policy. The PCP will take the initiative to affirm and confront the government with answers and solutions in matters that are decisive for the lives of the workers and populations. Comprehensive answers and solutions, also in the content of the state budget for 2022, whose clarification will weigh on the positioning of the PCP.

Portugal needs another policy, an alternative policy capable of solving accumulated problems and embarking on a path of economic, social and environmental development.

For this path, the workers and the people can rely on the PCP, this decisive force that at their side does not dispense with intervening with all the solutions that ensure the improvement of their living conditions and a Portugal with a future.

The international situation is characterised by great instability, as a result of the continuation of the action of interference and aggression by the US and its allies against countries and peoples that do not submit to them and that assert their sovereignty, while aggravating their policy of confrontation against China and Russia.

Aiming to safeguard its hegemony at the global level, even at the expense of allied interests, the US intensifies the arms race and increases military alliances and partnerships on top of NATO, of which the recent partnership called AUKUS is an example – which includes the US, United Kingdom and Australia – or the so-called Quadrilateral Security Dialogue (QUAD) – integrated by the US, Australia, Japan and India – both aiming at confrontation in the Indo-Pacific region.

After twenty years of invasion and occupation, regardless of the new dangers and risks that loom, also for the Afghan people, the US and its NATO allies suffered a humiliating defeat in Afghanistan, confirming once again that imperialism’s attempts to impose its dominion by force are, sooner or later, doomed to failure.

Imperialism’s aggressiveness, more than strength, means weakness in the face of the structural crisis of capitalism and the relative decline of the US and other capitalist powers, which they seek to counteract by all means.

It is in this context that big capital intensifies its offensive, aiming to heighten exploitation, worsen inequalities, attack rights and freedoms, to impose an even greater concentration of wealth.

The CC of the PCP draws attention to and condemns the Portuguese government’s continued policy of involving Portugal in imperialism’s aggressive strategy.

The CC of the PCP values the various struggles that have taken place all over the world and reaffirms the PCP’s solidarity with the peoples who fight in defence of their rights and sovereignty – as is the case, among many others, of socialist Cuba, Bolivarian Venezuela, Palestine, Syria or Yemen.

The PCP will continue committed to strengthening the international communist and revolutionary movement and building a broad anti-imperialist front. […]

The Central Committee of the PCP calls on the Party organisations and militants, workers, patriots and democrats, to engage themselves in the struggle to respond to the problems of the people and the country. It also calls for a decisive and confident action and reinforcement of the Party, in defence of the April values, for an alternative patriotic and left-wing policy, for an advanced democracy, for socialism.