No voice, no treaty, no truth

Indigenous Australians continue to be left out of the conversation

In a controversial move earlier this year, the Senate voted down a proposal to establish a parliamentary committee to investigate truth-telling and treaty-making processes – two of the three key recommendations of the Uluru Statement From the Heart. Two developments have occurred in the past few weeks concerning the rights of Indigenous Australians which have shed light on why the recommendations of the Uluru Statement, and in particular the third element, an Indigenous Voice to Parliament, are more vital than ever.

On the one hand, the Commonwealth government is seeking to have the landmark decision in Love & Thoms overturned. That case, which was decided in 2020, held that Indigenous Australians cannot be deported from Australia as ‘illegal aliens’ under the Migration Act. On the other hand, a new land rights Bill has been introduced in the Commonwealth Parliament that seeks to change the way investments in Indigenous land are handled.

Both decisions undermine the Morrison government’s claim that it has the best interests of First Nations people at heart – with prominent Indigenous people speaking out against the legal challenge to Love & Thoms and very little First Nations consultation over the new land rights Bill.

The case of Love v Commonwealth; Thoms v Commonwealth, commonly known as Love & Thoms, was decided by the High Court in early 2020. It established a key principle: that people of Indigenous descent, whether or not they are citizens of Australia, cannot be deported as illegal aliens under the Migration Act. The Court declared that doing so would give rise to an inconsistency between the Migration Act and the common law’s recognition of the First Nations of Australia and their deep spiritual connection to land, as well as with existing laws like Native Title.

Both applicants, Mr Love and Mr Thoms, were non-citizens of Australia but of Indigenous descent. The government tried to deport both men from Australia on the grounds that they had failed the character test for their visas after both were convicted of offences and served jail terms. They challenged this decision, arguing that Indigenous Australians could not be considered “aliens” within the meaning of the Migration Act 1958 and therefore could not be deported.

Now, the Commonwealth government is seeking to challenge the Love & Thoms decision, asking the High Court to overrule itself after a Wakka Wakka and Mununjali man who is a citizen of New Zealand, but not Australia, sought to use Love & Thoms to challenge his deportation.

Shayne Montgomery has lived in Australia for more than twenty years but is not a citizen. After being convicted of aggravated burglary, the government tried to deport him in 2019. He commenced proceedings shortly after Love & Thoms was decided, in early 2020. Montgomery seeks to further expand the Love & Thoms principle to include those who are customarily adopted as Aboriginal, even if they have no biological Indigenous ancestry.

How can a court overrule itself? The High Court will not do this lightly, but it is within their power to overturn a past judgement. This allows Australian law to develop over time, in step with a changing Australian culture and values. But the power to overturn previous decisions must be balanced with rule of law values. Overturning established precedents may lead to uncertainty about the state of the law, or even outright inconsistencies. In general, the rule of law requires that the law be consistent, certain, accessible, and relatively easy to understand.

The reason why the government thinks the High Court might overrule itself on this occasion has to do with the Justices on the bench. Love & Thoms was decided by a narrow majority of the High Court, with four judges deciding in favour of the men (Justices Bell, Nettle, Gordon and Edelman) and three dissenting (Chief Justice Kiefel, with whom Justices Gageler and Keane agreed).

Since the decision was handed down, Justices Bell and Nettle have retired from the Court. Their replacements, Justices Gleeson and Steward, bring a fresh perspective to the Court, and according to a report by the Assistant Attorney-General, the Commonwealth thinks “there is a significant possibility that a reconstituted bench would reconsider the decision in the event of challenge.”

The government considers it unlikely that the current High Court will be open to overruling the current indigeneity test which requires (i) biological descent in addition to (ii) identifying as Indigenous and (iii) being accepted by the Indigenous community as Indigenous.

The stated purpose of the Bill is to “empower Aboriginal peoples in the NT to activate the economic potential of their land for generations to come.” However, the Senate Standing Committee for the Scrutiny of Bills (SCSB) has raised a number of concerns about how the Bill seeks to achieve this purpose. The SCSB is concerned that the new processes in the Bill are lacking in accountability and ironically, that the Bill, whose purpose is supposed to be to empower Traditional Owners, keeps them out of the loop.

Although delegated legislation is supposed to deal with small administrative matters, the new land rights Bill leaves significant matters to be determined by the delegated legislation, something which concerns the SCSB. These delegated matters include things like the terms on which the NTAI can lend, borrow or invest money, as well as the process for granting a township lease under the Act.

A group called “Concerned Australians” has written to the Minister expressing their concerns over the Bill, chief among them the seeming lack of consultation with Traditional Owners over the Bill and whether the suggested amendments will be effective in achieving its stated purpose. Of course, there are significant concerns that the Bill is simply making it easier for mining companies to get contracts to mine Indigenous land under the guide of “economic empowerment.”

Bourgeois governments like to tout measures like the new land rights Bill as empowering Indigenous peoples and supporting their right to self-determination. However, this appeal to rights and self-determination is hollow if it is not made in consultation with Traditional Owners.

To ensure that measures like this Bill are enacted with consultation from Indigenous communities, the Uluru Statement calls for an Indigenous Voice to Parliament, similar to the First Nations parliaments in Norway, Sweden, and Finland, to be enshrined in our Constitution.

Of course, some have rejected the idea Indigenous government ought to be institutionalised within the Australian parliament at all. Whether the Voice is institutionalised or is constituted by many Indigenous voices, one thing is certain. The disturbing lack of Indigenous consultation on both the Commonwealth’s approach to the Montgomery case and the Bill raises serious doubts about the extent to which ‘self-determination’ is being used by the government as a smokescreen for other agendas.

The CPA supports genuine autonomy and self-determination of First Nations peoples and condemns the use of these terms as empty buzzwords for a bourgeois agenda that ignores Indigenous voices. Always was, always will be Aboriginal land.

Tags B Curphey Indigenous Uluru Statement From the Heart 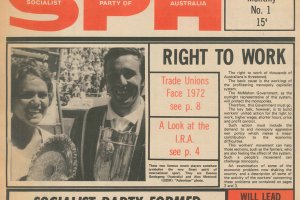 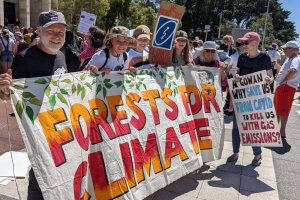