The AUKUS alliance between Australia, the UK and the US turns the meaning of security on its head. It will promote neither security nor prosperity in the region – quite the opposite. AUKUS is an offensive alliance increasing regional tensions, pushing an arms race in preparation for war with China. Its aim is not security.

The nuclear-powered submarines, missiles and other weapons of mass destruction pose an existential threat to the peoples of the whole world.

And the hundreds of billions of dollars being thrown at the military industrial complex on weapons of mass destruction drain budgets of much needed spending on the social security and well-being of people.

Australia is heavily reliant on exports and the importation of manufactured goods. More than ninety-eight per cent of Australia’s exports and imports are carried by sea. Globally, Australia is the fourth largest user of ships, yet its international and coastal (cabotage) shipping is reliant on foreign vessels registered in tax havens and with slave labour crew on as little as $2 an hour.

Australia remains vulnerable to the disruption of global supply chains, whether it’s due to the pandemic, economic crisis, energy supplies or military conflict. Australia once had a vibrant national fleet but today only twelve large trading vessels remain due to government free trade and taxation policies. Most of Australia’s trade is no longer under its control.

The Maritime Union of Australia (MUA) is calling for the building of a national fleet of large commercial vessels to move goods between Australian ports and on international routes. The workers currently employed in the shipyards who expected to work on the now cancelled French submarines are highly skilled. These skills could easily be transferred to the production of a national shipping fleet.

Banning the nuclear-powered subs would not mean thousands of lost jobs.

On the contrary, with conversion of existing facilities these same and additional workers would not only have good jobs; but they would be serving the genuine strategic interests of Australia.

PEOPLE WITHOUT JOBS
JOBS WITHOUT PEOPLE

According to the Centre for Future Work, “Australia’s historic investment in quality TAFE education supported a combined and ongoing flow of total economic benefits worth $92.5 billion to the Australian economy in 2019 – 16 times greater than the annual ‘maintenance’ costs.”

“The presence and activity of TAFE institutes ‘anchors’ over $6 billion per year in economic activity and 48,000 jobs from the direct operation of the TAFE system and its supply chain, and “downstream’ consumer spending impacts.”

TAFE has huge spin-offs in productivity, many more times than the cost of running the system, yet it has experienced savage cuts over the past decade or more with funds for training being transferred to the corruption-ridden, inferior private sector.

Karen Noble of the Canberra Institute of Technology points out that, “As Australia transitions to a clean energy future, workers will need to re-skill and re-train as jobs become redundant. It’s impossible to simply redeploy coal miners as solar panel installers or wind turbine engineers. A workforce development plan with a strong TAFE at the heart will be essential for avoiding skills shortages that may create barriers to investments in a low carbon economy.”

The community sector is labour intensive and is experiencing critical shortages of skilled workers and funding. It covers services such as disability support, child protection, housing and homelessness, domestic violence and women’s services, and community legal centres. They have experienced ongoing cuts at the same time as rising demand.

There is no justification for denying these services the funds they need. Yet these are some of the areas where cuts will be made to pay off government debt which will be fuelled by the submarines, missiles and other costs of AUKUS.

Health services are in crisis. Public hospitals were under-staffed and under-resourced before the pandemic hit. They faced critical shortages of ventilators, masks, and other equipment as well as staff.

Regional Australia is crying out for hospitals and other medical services. The new hospital at Coffs Harbour cost $197 million, the one at Shell Harbour $297 million. A good ventilator costs $50,000 and another $50,000 a year to run. It’s appalling that the government can find money for killing machines and not such basic needs.

There is a housing crisis with cost of both rental and purchasing a home unaffordable, especially for workers on low and medium incomes and people not in the paid workforce. Homelessness is on the rise, in particular amongst older women and their children fleeing domestic violence. This is being exacerbated by the lack of public housing and state governments running down and selling off their stock of public housing.

Adam Rorris, in a report titled Investing In Schools: Funding the Future on public education needs, estimated that a school capital investment program of approximately $3.8 billion would likely sustain more than 37,000 additional jobs every year in the construction industry.

“Improving existing public assets that are distributed nationally with reach into urban, rural, remote and the poorest communities is a scalable and effective means for generating short term stimulus. Public schools are in urgent need of modernisation and can benefit from significant public investment while yield long-term economic benefits,” the report said.

With federal government providing zero capital funding to public schools the report showed that the cumulative Capital Investment Gap between public and private schools was $21.5 billion from 2013 to 2018.

The Coalition government plans to make workers and the most vulnerable pay the cost of “getting the economy back on its feet”. It has no plans to invest in job creation as a means of stimulating the economy and thus increasing revenue through taxation.

The money will have to come from somewhere. The Morrison government will try to cut funding for public services, slash social security payments, sack public servants and freeze their wages, and sell off public assets – all while crying poor. The big hit will be after the federal elections when we will be told there is a “need” to increase the GST and expand its application to cover currently exempt services such as health and education. 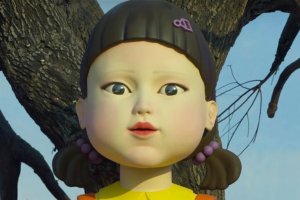