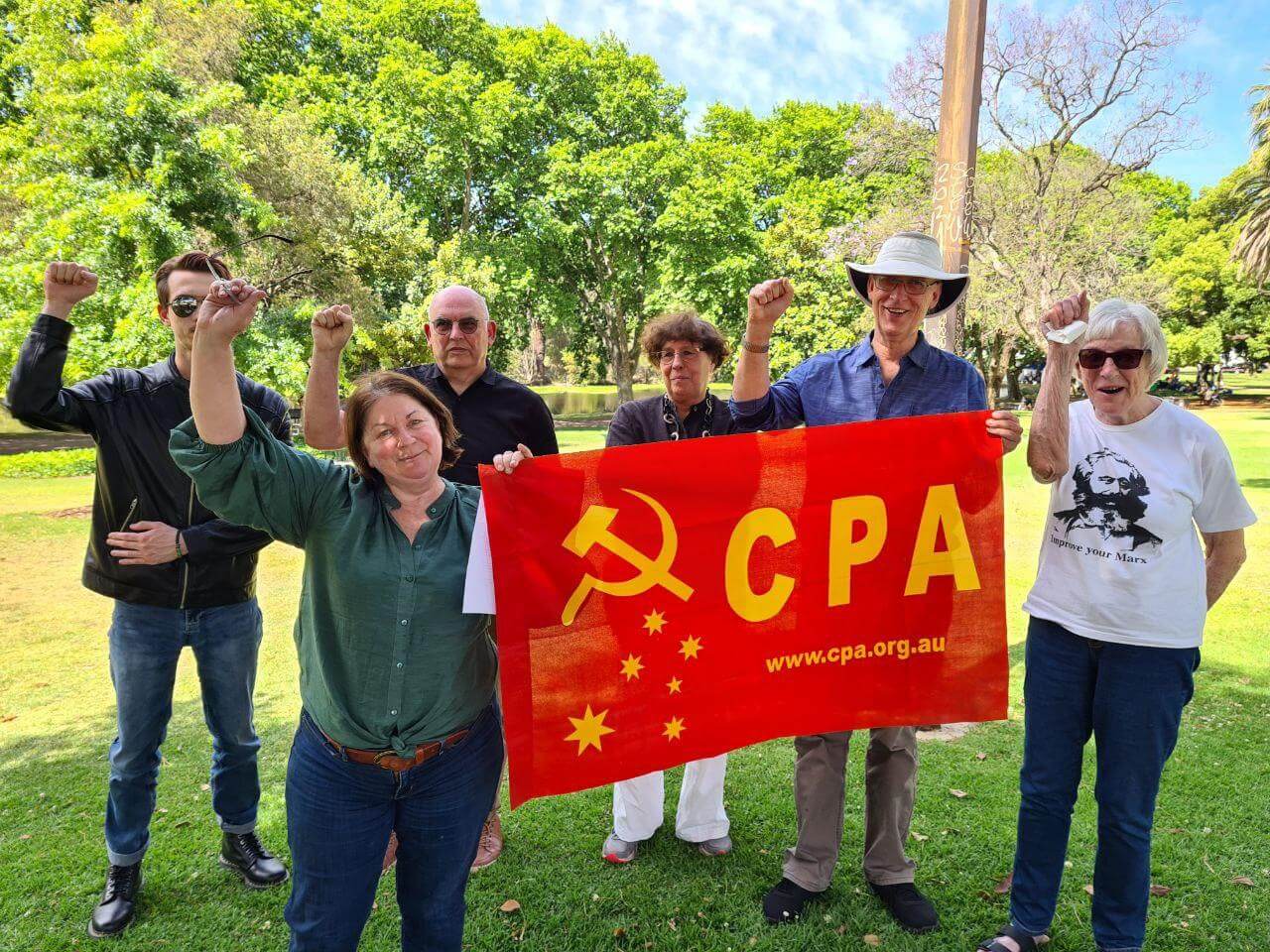 As we approach the end of 2021, we must reflect on how almost two years of COVID-19 have changed people’s lives here in Australia and internationally.

The Coalition government and employers’ war on Australian workers and their families has had no precedent. The government has used the pandemic to justify new attacks on civil and democratic rights. The 2022 federal election is looming but expects to see the ongoing pursuit of right-wing voters for more policies on climate change that will fail to deliver anything tangible; and promises on the protection of women, children, and the elderly that will never be realised.

The two major parties of capitalism joined forces again to defend the Two-Party System by imposing a restrictive 1500 names to register a political party successfully. Our efforts towards the registration of the Communists received a blow by legislation. Several of the registered minor political parties are now trying a last-minute dash to get the required number of members to avoid deregistration.

We saw the Liberal National Party Coalition in the final throes of Parliamentary sitting for 2021 try to rush through a bill requiring presentation of ID to vote. A move that would take us even closer to a US-style voting that is known to alienate and disenfranchise those already suffering disadvantage.

That is the type of capitalist democracy we live in. The type of democracy that has privatised most of our public assets leaving an under-funded public health system at the mercy of a pandemic not seen for one hundred years. Access to health, education, aged care, and childcare is becoming harder and harder for working class families. Women, in particular, have been on the receiving end of cuts and failed policies.

Most recently the secretive AUKUS Treaty was announced and signed which will be at the expense of the people. The deal, which is much more than just nuclear submarines, opens the path to pursue a local nuclear industry for the benefit of the US Alliance and its cold war on China.

Party members are currently working with other forces in a campaign to stop AUKUS. We anticipate this will be a long-term effort to stop the forces of war and we are in for the long haul. We ask all our Party members and Guardian readers to actively participate in the campaign to defeat AUKUS.

The struggle for climate justice, equality and land rights for Aboriginal and Torres Strait Islander people will keep us busy in 2022. We must organise and fight for a new normality that delivers for the people. Workers want well paid and secure jobs. A liveable wage and secure employment to see families able to satisfy their needs of housing, food, health, education, and recreation.

In 2021 CPA members did a great job keeping the Party active despite the pandemic; we also experienced some growth. In 2022 we must double our efforts to build the Party for a Socialist Future. That is the slogan of the 14th National Congress to be held on 25th-27th February.

Communists must fight for a better future. The pandemic has demonstrated that socialism is not only the solution but that it is needed more than ever.

I take the opportunity of this end of the year greeting to pay my respects to all those Party veterans who have dedicated their lives to the cause of socialism and kept our glorious communist party alive for more than one hundred years. They made possible the celebration of 101 years of the communist movement in Australia last October. Together we also celebrated the 50th anniversary of our predecessor the Socialist Party of Australia, SPA on 5th December 2021.

I wish you all a great New Year in 2022 and a safe, healthy, and happy holiday season with your families and friends.

China is a responsible major country in addressing climate change