While the US is dragging some of its so-called “valued allies” to hold the Summit for Democracy, the world is increasingly troubled by questions such as “what is democracy and who has the right to define it”?

Democracy, ultimately, is whether the people can truly be the masters of their own country. The whole process of people’s democracy created by the Communist Party of China (CPC) has secured extraordinary historical achievements on behalf of its people.

This year marks the 100th birthday of the CPC. Over the past century, the Party has led the people in realising people’s democracy in China. The Chinese people now are truly the masters of their country, their society and their own destiny.

Long before China’s victory in the War of Resistance against Japanese Aggression, Mao Zedong said that China had found a new path when he was confronted with the question of whether China could break out of  “the law of historical cycle.” This new road is democracy.

From the “bean election” (people voted for their ideal candidates by casting beans as ballots) in the Shaanxi-Gansu-Ningxia Border Region to the voting in the Great Hall of the People in Beijing, to the establishment of the “three-three system” principle during the War of Resistance against Japanese Aggression to that of a socialist state system, after more than seventy years of arduous exploration, China has formed a complete set of socialist democratic political systems that are appropriate and effective for itself.

Especially since the 18th National Congress of the CPC in 2012, the Party Central Committee has put forward the major concept of whole-process people’s democracy and vigorously promoted it, further transforming the relevant democratic values into effective institutional arrangements as well as concrete and realistic democratic practices.

Take an example of the community-level election in China. According to the Constitution, all citizens over the age of eighteen have the right to vote and be elected, except for those who are deprived of their political rights according to law. Currently, China is conducting general elections for the people’s congresses at the township and county levels, with more than 1 billion voters participating in the elections. These elections at the grassroots level are the most extensive and vivid practices of whole-process people’s democracy, and also the largest elections in the world. Since the reform and opening up, China has conducted twelve direct elections to people’s congresses at the township level and eleven direct elections at the county level. The voter participation rate has remained as high as around ninety per cent. In addition, all these elections are funded by the state treasury, which effectively ensures that money cannot get its hands on the elections.

Transparent decision-making by the government is widely practised in China. Governments at all levels hear the opinions and suggestions of all sectors of society on major decisions, especially those directly concerned, at all stages, including the initiation of decision-making, research and development, public announcement of draft decisions, finalisation of decisions, and post-assessment. It ensures that the people’s wishes and voices can be translated into major decisions by the Party and the government.

During the drafting stage of the 14th Five-Year Plan, General Secretary Xi Jinping chaired a number of seminars with representatives and experts in various fields, to hear their opinions and suggestions. More than 1,000 suggestions were collated from a pool of some one million online messages. The drafting group analysed them item by item, took them all into consideration, and accepted all pertinent suggestions.

Democracy is not a one-size-fits-all product that has only one model or configuration for the whole world. Whether a country is democratic or not should only be judged by its own people. According to a research report titled Understanding CCP Resilience: Surveying Chinese Public Opinion Through Time released by Harvard University, the Chinese government enjoys the highest rate of satisfaction in the past two decades, and the Chinese people’s overall satisfaction towards the Central Government exceeds ninety-three per cent. This is the truest reflection of the strong vitality of Chinese democracy.

There is no best democracy, only better. China never exports a democratic model. We believe that every country has the right to choose a democratic system that suits its own national conditions. History has repeatedly proved that it is not feasible for China to copy the political systems of other countries since those systems are not suited to our national conditions. Any attempt like this would at best lead to poor imitation and might even ruin the country’s future. The most reliable and effective systems for a country are always the ones that take root in and draw abundant nutrients from their own soil.

In the meantime, we should adopt an attitude of inclusiveness, learn from the strengths of others, digest and absorb them in the light of China’s national conditions so that we can turn them into our own strength, better ensuring that the Chinese people are the true masters of the country. 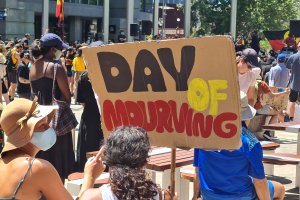