For the past year, the Australian government has been waging a concerted battle against UNESCO to stop the Great Barrier Reef from being added to the list of World Heritage sites considered to be “in danger.”

In an apparent about-turn on the issue earlier this month, the Minister for Environment Sussan Ley has committed an extra $1 billion towards maintaining the reef. The government says the money will go towards research, management, monitoring, and improving the water quality of the reef.

On the surface, the new funding seems like an inconsistency in policy, but it doesn’t take much digging to uncover the government’s true motivations. All of this is part of an effort to avoid UNESCO adding the Reef to the “in danger” list. The Reef is good for tourism and its inclusion on UNESCO’s list could hurt that.

Under article 11(4) of the Convention Concerning the Protection of the World Cultural and Natural Heritage, UNESCO must keep a list of the World Heritage properties which are “in danger,” and which require “major operations” to conserve them. If included on this list, the Great Barrier Reef would be the first world heritage site to be included purely due to the effects of climate change. However, crucially, sites cannot be added without the consent of the state party on whose territory the site is situated.

The government claims that 64,000 jobs and $6.4 billion in tourism will result from the new conservation plan. Appeals to “jobs” and “the economy” have become stock standard tools in the Morrison government’s anti-climate arsenal. While there has been a lot of talk by both Ley and the Prime Minister about the economic benefits of the new funding, there is suspiciously little mention of the root cause of the Reef crisis: climate change.

The Morrison government’s terrible track record on climate is world-renowned. Australia ranks dead last in the latest Climate Change Performance Index (CCPI) with a score of zero. The CCPU ranks 63 countries on their climate action, with the latest report stating that “[Australia] does not have any policies on phasing out coal or gas.”

The Morrison government is expert at issuing vague promissory statements that don’t amount to actual policy or action. Lofty rhetoric about the jobs and, recently, the “unique Australian way of life” are a key feature of Morrison’s climate policy: actual plans are not.

Scott Morrison is criticized globally for his lukewarm stance on climate change, especially following the disastrous events of the COP26 conference in Glasgow last year. In October 2021, the Prime Minister committed to net zero emissions by 2050, a promise which met with immediate backlash for its “weak” approach to the issue. Especially, since the PM has been adamant that he will not do anything which might “cost jobs … in farming, mining or gas.”

At the COP26 summit in November, Morrison rejected calls to accelerate Australia’s commitment to reduce emissions by 2030 and did not put forward an actual plan to achieve either of these goals. This was made worse when the Minister for Industry, Energy and Emissions Reduction, Angus Taylor, put forward his plan for Australia to invest more heavily in fossil fuels. As of 15th November, 2021, the government has stated that it will not be changing its current policy.

The inclusion of the Great Barrier Reef on the UNESCO “danger list” is important for two key reasons. Firstly, it unlocks avenues for conservation funding and raises awareness about the need to protect the site. UNESCO likens it to a “call to action” for people around the world. Secondly, given that inclusion requires the consent of the state party whose territory the World Heritage Site belongs to, it would also force the Australian government to recognise formally the effects of climate change and to commit to doing something about it.

Ley hopes that by committing money to conserving the Reef, UNESCO will back off on its attempts to have it included on the danger list, saving Australia billions in tourism revenue and allowing the government to maintain its vague stance on climate change. With this in mind, she says she has invited UNESCO back to examine the reef.

Environmental groups have welcomed the funding – as all of us should who care about combatting climate change. But the Australian Marine Conservation Society has pointed out that there are key gaps in the funding that may become an issue over time. It does not, for example, go very far in combatting land issues such as erosion which are affecting the reef. This is because it fails to consider the broader context of the reef crisis: climate change.

The Morrison government simply isn’t doing enough to combat climate change, because action on climate does not serve the interests of capital in this country. Hundreds of thousands of Australian workers are employed in fossil fuel-related industries. These industries generate billions of dollars annually for the ruling class.

This status quo maintains itself among the working class through consistent rhetoric by the political establishment over job losses and economic downturn, conveniently ignoring any plausible alternatives to coal and gas. This strategy is extremely effective: it is hard to care about a patch of ocean when you don’t know how you’re going to put food on the table.

Solutions are possible that benefit both the working class and the environment. Investment in sustainable jobs and training for workers currently employed in fossil fuel industries is a good first step. The Morrison government has shown, again and again, that it lacks the political will to take this step.

For as long as the Great Barrier Reef isn’t included on UNESCO’s danger list, the government will continue to get away with throwing money and empty words at the problem with no real plan to combat climate change. The working class must unite to force real action on climate change. After all, climate is a class issue: as the effects of climate change are beginning to be felt, it is workers who are feeling the pressure most of all. 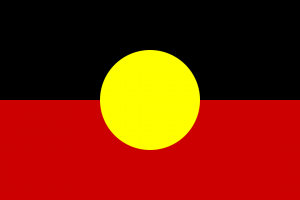