“Raise the age” bill not recommended by Qld committee

Last week, the Community Support and Services Committee recommended the Parliament of Queensland not pass Greens MP Michael Berkman’s private Members’ bill, which attempted to raise the age of criminal responsibility from ten to fourteen. Instead, it supported a national approach of increasing the age to twelve.

The committee’s report followed a comprehensive public submission and hearing program that heard from over seventy stakeholders.

Supporting the bill was Common Grace CEO Brooke Prentis who stated that “many non-Indigenous Australians and Queenslanders are shocked when I tell them the age of criminal responsibility is ten years of age. […] Some don’t even know what age of criminal responsibility means. I tell them Australia and Queensland sends ten-year-old children to prison. Often they don’t believe me.”

Indeed, Australia’s age of criminal responsibility has been roundly criticised globally. Last year, at a United Nations meeting, Canada, Germany, Venezuela, and thirty-one other UN member states called on Australia to raise the age, with the UN Committee on the Rights of the Child recommending fourteen years as the minimum age. In August 2019, the ACT became the first jurisdiction to raise the age from ten to fourteen.

Speaking against the bill, Queensland Police Union President Ian Leavers, in a report, stated that “It is well documented in the media that organised criminals are using gangs to recruit young people into their organisations to groom them into a life of crime.” However, as noted by Berkman, the citation – a news.com.au article from fourteen years ago – doesn’t “mention […] any children below the age of fourteen being recruited” nor is there “mention of children other than one reference to sixteen year-olds.” Leavers responded that “there is not a lot which is publicly available.” Berkman asked whether Leavers would then retract the statement in his report that this finding was “well documented,” however Leavers never directly answered.

In a dissenting report, Berkman stated that “Locking up children doesn’t stop offending behaviour. It damages young people and makes everyone less safe […]. Ultimately, the clearest pathway to improving community safety is keeping children away from the criminal legal system, creating alternatives to criminal justice responses and addressing the disadvantage these children face.”

In socialist countries like Cuba, the age of criminal responsibility is sixteen – the same age that a Cuban citizen is considered an adult. At sixteen, Cubans can drink, vote and fully participate in their society.

Even at fourteen, the age of criminal responsibility is too low, especially when factoring in that such a person is considered a minor in other aspects of our society. However, it would be a step up from the age of ten, where many are still learning to read and write correctly. We must not only campaign to raise the age but also to build and develop infrastructure for at-risk youth. 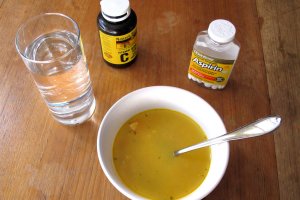