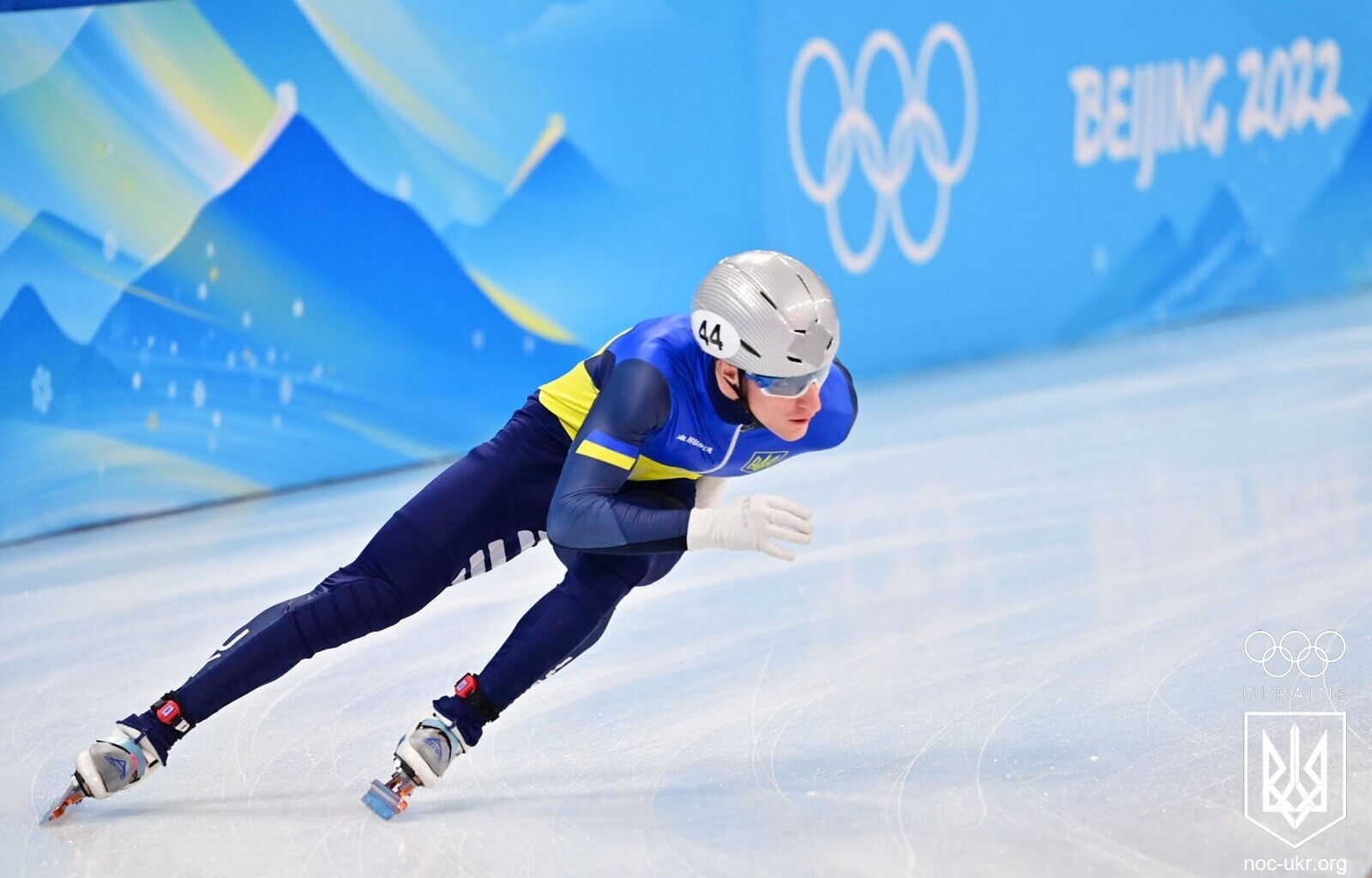 Following more than six years of preparation and nearly thirty days of exciting competition, the Beijing 2022 Winter Olympics and Paralympics, which have successfully presented to the world a more confident, self-reliant, open and inclusive China and made key contribution to the advancement of the Olympic movement were rounded off. China has sent the biggest delegations to both Games, earnestly fulfilled its solemn pledge to the international community, and ensured the smooth opening of the Beijing Winter Olympic and Paralympics Games as scheduled. Around 170 official representatives from close to seventy countries and international organisations were at the Winter Olympics Opening Ceremony, supporting China with concrete actions.

The professional and fair competition environment has impressed the world. The strong and effective COVID-19 protocols have set a successful example for the hosting of major international events, and the green, low-carbon and sustainable approach will be cherished as part of the rich legacy of Beijing 2022. China has fulfilled its commitment of delivering a streamlined, safe and splendid Olympics to the world and made history as the first city to host both the Summer and Winter Olympic Games.

Nearly 3,000 winter sports Olympians from ninety-one countries and regions have striven to excel themselves and go beyond their limits, setting two world records and seventy-one Olympic records in the Beijing 2022 Winter Olympic Games. A total of 564 Para athletes from forty-six national delegations, with more women than ever before, have competed at the Beijing Winter Paralympics, which concluded last Sunday on 13 March. Through sport the Olympians have showcased the best of humanity and highlighted the values that underpin a peaceful and inclusive world. We are pretty heartened to see that, among them, 16-year-old Australian snowboard phenomenon Valentino Guseli, the youngest in Australian team, fearlessly soared as high as seven meters above a snowboard halfpipe lip and looked serene as she did it. Those elite athletes, debutantes or battle-hardened, have truly lived up to the Olympic motto of “Faster, Higher, Stronger – Together”, bringing hope and warmth to a world still struggling with COVID-19 and other fierce challenges.

US freestyle skier Aaron Blunck said at a press conference, China has done a stellar job with COVID protocols during the Beijing 2022. China has handed athletes, participants of the Winter Olympics and Paralympics a satisfactory result in coronavirus control, and the low infection level within the closed loop proves the effectiveness and flexibility of China’s dynamic zero-COVID policy. China has adopted many hi-tech measures to quickly detect coronavirus, such as a bioaerosol nucleic acid detection system to test the air in the stadium and paste that detects one’s temperature.

Brian McCloskey, chairman of the Beijing 2022 medical expert panel has confirmed that all COVID-19 prevention measures are based on science and Beijing is the safest place on the planet given its anti-coronavirus measures during the Winter Olympics. Epidemiologists believe the COVID-19 measures within the closed loop, which achieved such a good result, could serve as a pilot for the further border opening of China after the pandemic, as the event adopted relatively relaxed measures, one of which is that the event dropped the CT value of nucleic test from 40 to 35, making it easier for competitors to produce a negative test.

A green, inclusive, open and clean approach has been followed throughout the organising and hosting of the Games. Beijing 2022 is the first Olympic Games to have all the venues powered by renewable energy, which primarily comes from Zhangjiakou, Hebei province, adjacent to Beijing, and rich in wind and solar resources. Zhangjiakou is an emerging renewable energy hub in northern China and expects to install fifty GW of renewable-based power by 2030 to supply the whole Beijing-Tianjin-Hebei region. China has also set a nationwide target for increasing the solar and wind installation capacities to 1,200 GW by 2030, a 189 per cent increase from the capacity in 2021, and will gradually phase down fossil fuel use in a bid to become carbon neutral by around 2060.

By preparing for and organising the Winter Olympic Games and promoting Olympic winter sports, China has popularised winter sports among ordinary people, achieved the goal of engaging 300 million Chinese in sports on snow and ice, and made new contribution to the cause of the Olympics worldwide. As International Olympic Committee (IOC) President Thomas Bach stated in his speech at the Beijing 2022 Opening Ceremony, “China is a winter sport country”, and “This extraordinary achievement opens a new era for global winter sport. It will raise the global participation to new levels, benefiting the Chinese people as well as winter sport enthusiasts around the world.”

Since ancient times, the Olympic Movement has carried humanity’s aspirations for peace, solidarity and progress. Over 2,800 years ago, the Olympic Games were launched to bring an end to wars and unite people to combat the proliferation of disease. Over the years, the IOC has been leading the International Olympic Movement in pressing forward with courage and fortitude, playing a crucial and unique role in strengthening global solidarity and collaboration. The Olympic Movement has attracted people from different countries, regions, ethnic groups and cultures, deepened their mutual understanding and friendship, and made important contribution to the lofty cause of promoting peace and development for mankind.

Today’s world, confronted with the combined impact of changes unseen in a hundred years and a once-in-a-century pandemic, is entering a new period of turbulence and transformation. The year ahead continues to be full of challenges. The world has not completely defeated COVID-19, and yet it is now facing the Ukraine crisis. An international situation already rife with uncertainties is becoming more complex and fluid. At such a critical moment, countries need solidarity, not division; dialogue, not confrontation.

Beijing 2022 has provided an important opportunity to go beyond geopolitics and promote global solidarity, peace and human ingenuity. The success of Beijing 2022 represents not just the triumph of sport, but more importantly, the triumph of solidarity. The Games were held amid the spread of Omicron and rising tensions over regional hot-spots, and faced politically-motivated attempts of disruption and sabotage. Under such circumstances, it was inspiring to see that the overwhelming majority of countries and people chose to unite under the Olympic spirit, bringing hope to people beset by the pandemic and confidence to a world overshadowed by instability.

Now the snowflake-shaped cauldron for the Olympic flame has fulfilled its mission, and Beijing 2022 Winter Olympics and Paralympics have brought the message of spring to the world in the northern hemisphere.

2022 is not only an Olympic Year, but also marks the 50th anniversary of the establishment of diplomatic ties between China and Australia. Since the establishment of our diplomatic relations in 1972, there have been frequent exchanges and close cooperation in various sectors, bringing tangible benefits to our peoples and making a positive contribution to the development, prosperity and stability of the Asia Pacific region. Though we have real differences, we have to keep in mind that our common interests and mutual needs always triumph.

As the official motto of Beijing 2022 “Together for a Shared Future” goes, China would like to work with Australia and all peace-loving and development-seeking countries to strengthen solidarity and cooperation, jointly meet challenges, and continue to promote the building of a community with a shared future for mankind. We will strive together for a brighter and better future for the world.

* Long Dingbin is the Chinese Consul General in Perth. 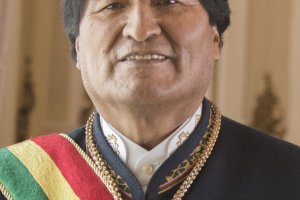 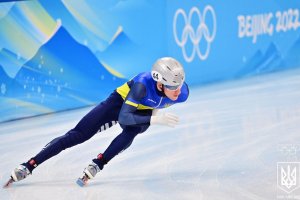