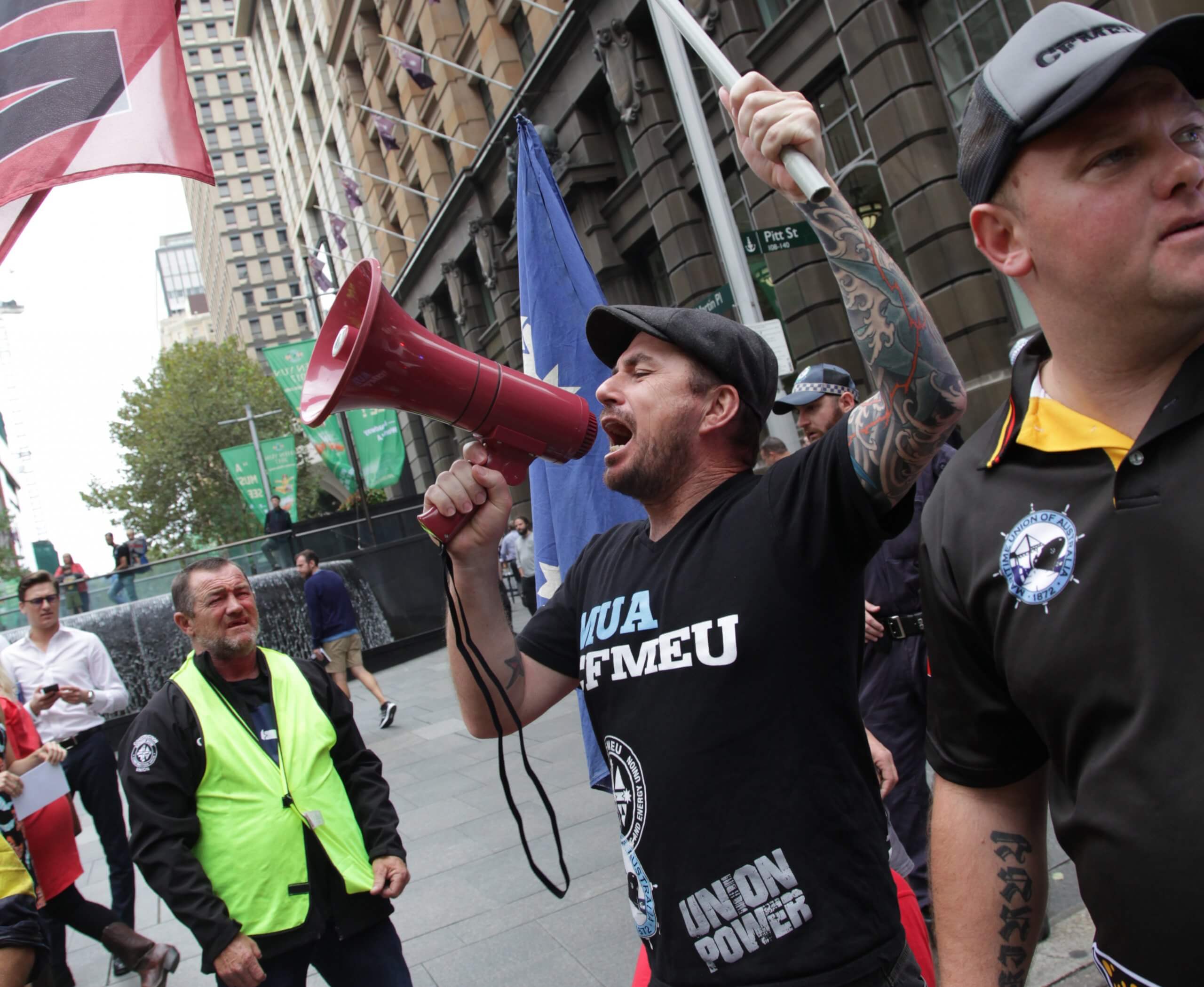 The Coalition government has comprehensive plans to destroy militant trade unions and give employers arbitrary powers and unfettered rights over workers in the workplace. The main thrust of its agenda, if re-elected, is to further criminalise legitimate trade union activity, remove what remains of trade union rights and bankrupt unions.

Workers are dealing with rising prices, falling wages, loss of working conditions, hefty fines for defending their basic rights, and growing use of insecure forms of employment. They want real change: including better and safer working conditions, secure well-paid jobs, full restoration of penalty rates, and trade union rights. These are basic demands for any democratic society.

Such changes will not be handed to workers on a plate. For organised labour to achieve them class conscious union leadership and militant struggle are crucial.

The following is a comparison between the Coalition’s plans for workers and the Communist Party of Australia’s policies.

Coalition: Intends to double penalties for industrial action in construction industry to $444,000 for unions for even the most minor breach and to $88,800 for individual workers and union officials! Breaches include such things as demanding a toilet for female workers, a union organiser entering a workplace without a valid entry permit to meet with workers, recruit new members, suggest industrial action, fly the Eureka flag, swear at an abusive boss, or walking off the job after a worker has been seriously injured or killed because of employer negligence.

Coalition: Expand powers and scope of Australian Building and Construction Commission (ABCC) to cover all activities of Maritime Union of Australia and other militant trade unions. The ABCC is the Coalition’s political police whose role is to protect corrupt employers who cheat workers out of their entitlements and to grind the heel on unions and workers who attempt to demand their entitlements and demand a safe work environment.

CPA: Rip up the ABCC legislation and that of the Registered Organisations Commission (ROC) that also polices trade unions. Create a new, well-resourced, and staffed inspectorate to monitor employers along with heavy penalties for bosses who fail to pay workers’ full entitlements on time or breach workers’ rights or health and safety regulations. This includes manslaughter charges in the case of negligence resulting in the loss of a worker’s life. Heavy penalties for bosses who attempt to shut out trade unions or refuse to negotiate with them. Workers have a right to a safe workplace.

Coalition: The government changed Australian Consumer Law in 2018 providing penalties of up to $10 million for trade unions involved in secondary boycotts such as supporting a picket against another employer in solidarity with other workers. The law also imposes penalties for pickets that do not directly relate to a narrow definition of employment relations.

CPA: Remove all provisions applying to trade unions from Australian Consumer Law. Legalise pickets by unions and supporters from the community and solidarity from other unions.

Coalition: Continue with policy of reducing real wages. The government refuses to support the aged care workers’ case for a 25 per cent wage rise. This is currently before the Fair Work Commission. Refuses to backpay public servants for years of wage freezes and wage caps. Refuses to take measures to ensure visa workers receive their legal entitlements. Refuses to support real increases in the minimum wage.

CPA: Supports regular indexation of wages in line with increases in cost of living and productivity. Support the aged care workers’ wage claim. Back pay public servants for years of wage freezes and wage caps. Through the new inspectorate ensure visa and other workers receive their legal entitlements.

The Coalition also plans to further gut the so-called modern awards which since their creation have not kept pace with cost of living or gains in EBAs.

CPA: Restore a centralised system of industry bargaining with comprehensive awards that contain outcomes of that bargaining and are regularly updated. Uniform wages and conditions should apply across a work site and industry for workers performing the same task.

CPA: Strengthen workers’ capacity to bargain so that every provision is better off than or maintains every provision of the award under a centralised system of wages and working conditions.

Coalition: Return to the Howard government’s non-union, individual employment contracts (Australian Workplace Agreements) in the name of “individual flexibility clauses” as per the Omnibus Bill.

CPA: Guarantee the right to secure, well-paid jobs with use of fixed term contracts for special circumstances such as replacing someone on parental leave or for a specific non-continuing job. Repeal the Coalition’s legislation on casual employment which has the aim of locking in casualisation. Legislate for all casual workers who are carrying out ongoing work to have the right to be permanent.

Coalition: Continue to fail to act on workplace discrimination against women and minority groups including wages gap, overtime opportunities, special leave provisions such as for women fleeing domestic violence.

CPA: Outlaw wage theft in all its forms with hefty penalties for bosses.

If the Coalition is re-elected it will push as much of the employers’ agenda through Parliament that it can. If it has a majority in both Houses, it will succeed. It will be a repeat of the disastrous Howard era.

The electoral system is undemocratic. The major parties changed the rules making it virtually impossible for small parties to stand for Parliament in their own name and extremely costly to stand candidates. The major parties and the extreme right like Clive Palmer’s outfit have tens of millions of dollars to splash on campaigns across all forms of media.

If you agree with the above CPA policies, then why not join the CPA to change the system. Go to cpa.org.au.

On 21st May give the Coalition the BOOT!