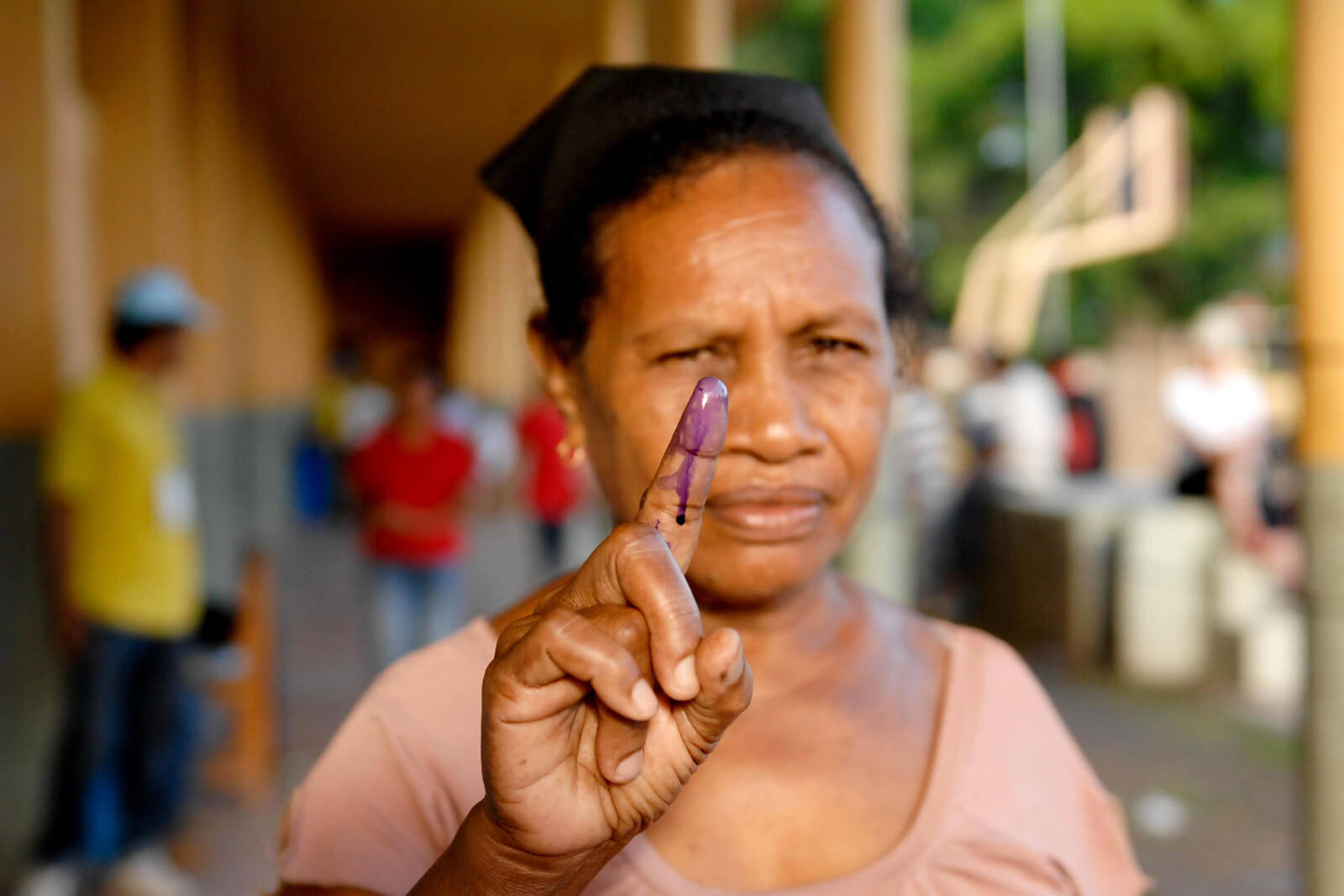 In a conclusive victory in the recent Timor-Leste presidential elections, José Ramos-Horta, a former foreign affairs Minister, Prime Minister and President, became the new President of Timor-Leste (East Timor) in the final round of the elections held on 19th April with a sixty-three per cent endorsement. In the first round Ramos-Horta, competing in a field of sixteen candidates, gained forty-seven per cent of the vote, falling just short of the required fifty per cent plus. His main rival in the second round was former resistance fighter and incumbent president standing for re-election, Francisco Guterras, who received only twenty-three per cent of the vote.

Contributing to the win was support received from another former President and resistance leader, Xanana Gusmão, who heads the National Congress for Timorese Reconstruction (CNRT) and is generally seen as a “king-maker” in Timorese politics. The support was given on the basis that Ramos-Horta as President would be prepared to dissolve the national parliament and call an early election.

Despite being unfairly blamed for political violence that occurred during his prime-ministership in 2006, Ramos-Horta was successful, running on a platform of poverty reduction and increasing health care provision for mothers and children. At seventy-two, he has come out of retirement to lead further social reform and guide an economy dependent on dwindling oil revenue.

Under Timor-Leste’s semi-presidential system, the President is directly elected by popular vote and plays a key role in appointing the government. His powers include the dissolution of parliament where necessary. In a new parliamentary election Gusmão could return to the role of Prime-Minister to further promote the Greater Sunrise/Tasi Mane onshore oil and gas development, a project currently shelved by Fretilin because of questions over its economic viability.

It should be noted that the Australian government is holding about AU$8 billion, which came from Timor-Leste’s half of the Timor Sea. Australia might be aiding Timor-Leste with a few million dollars, but Timor-Leste, the poorest nation in SE Asia, in reality is a big donor to Australia – the richest nation in the region

Prior to independence, as ambassador at large for the Timorese people, Ramos-Horta acted as Permanent Representative of Fretilin to the United Nations for a decade. Along with fellow Timorese Bishop Carlos Belo, Ramos-Horta received a Nobel Peace Prize in 1996 for “working towards a just and peaceful solution to the conflict in East Timor.” Eminently qualified in international and human rights law, he speaks five languages fluently: Portuguese, English, French, Spanish and Tetum, the Timorese language.

In 2002, Timor-Leste became one of the newest members of the United Nations. Relations with Australia have included tensions, especially over the 2004 illegal bugging of a Timorese government office to gain an advantage in resource negotiations. In 2013 the spying was revealed and led to a scandal, which resulted in the ignominious situation of Australia being taken to the Permanent Court of Arbitration in The Hague. Conservative governments have seemingly chosen to keep this issue alive by their relentless prosecution of lawyer Bernard Collaery who acted as legal advisor to CNRT as well as whistleblower “Witness K.”

In claiming victory Ramos-Horta declared: “I have received this mandate from our people, from the nation in an overwhelming demonstration of our people’s commitment to democracy.” An invitation has been extended by Ramos-Horta to Guterras’ office to make arrangements for handover of power.