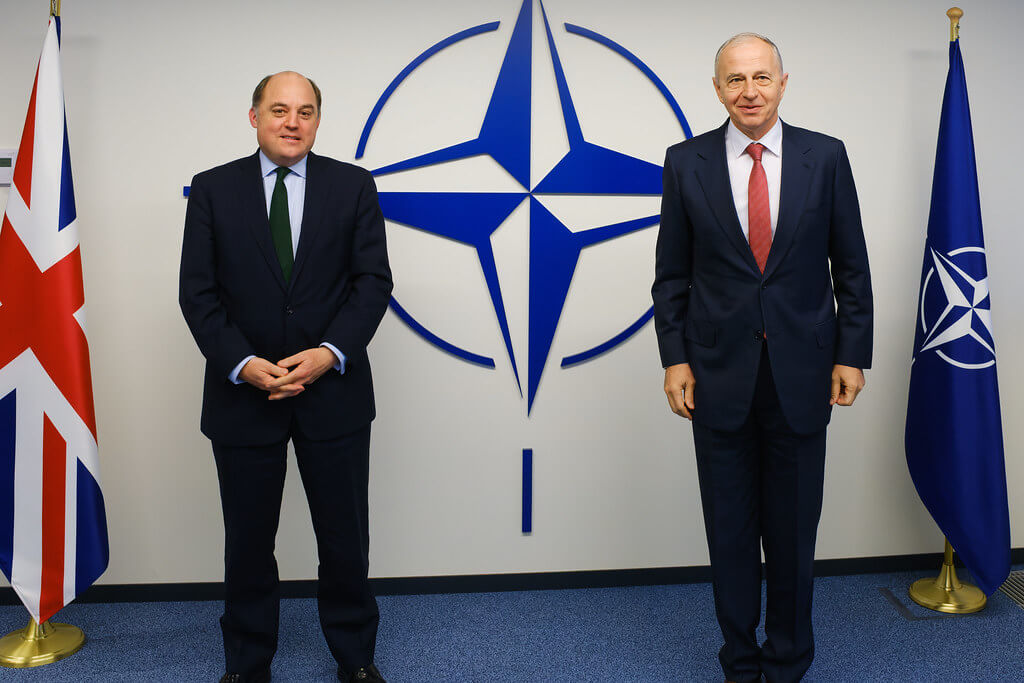 “NATO is not an organisation, a force, or an alliance system that can be defeated militarily.” We have been stating this since the Russian armies entered Ukraine.

The world’s plunge into ever increasing darkness and the fact that the international working class movement has for a long time been in retreat undoubtedly leads people to despair and the tendency to fall for the first “remedy” they come across.

However the surrender of societies to primitive motives of defence or survival often leads to great disasters.

Today the humanity is divided between those who are waiting for the “civilised NATO” to deliver a salvation from the “Russian barbarity” and those who hope that Russia under the leadership of the brave and clever Putin will put an end to the US and NATO aggression and this is a bigger problem than one might think.

This division is spread almost equally among all strata of the people across all continents, in other words, the working people and the poor are attached to the recipes of salvation that have nothing in common with their interests.

An abstract opposition to war has never prevented wars, but we have to say that the division we have pointed out is paving the way for war, even a comprehensive imperialist war, or let’s just call it what it is, a new world war.

Some of those who took to the streets saying “No to War” today demand that NATO take more effective steps against Russia. However, the Western imperialist countries are already just one step away from an extensive war effort.

Those who have been watching the events of the last few days unfold with the mind-numbing glasses of the “division” I mentioned earlier may not be aware of it, but NATO is organising an incredibly intense attack, perhaps with a psychological superiority it has never had since its establishment.

German militarism, which had been kept in check to a certain extent by the Soviet Union and which began to recover rapidly with the collapse of the USSR, completely abandoned its meticulous and “cowardly” way of acting that it had for decades. Many US companies, which have fattened up in the climate of war, started the week with cries of joy. The Polish ruling class, driven by a historical determination to serve NATO, have gained more this past week than in the last thirty years. Even the Ukrainian administration under the control of a fascist gang sees in itself the right to act as the representative of the oppressed.

The “European project”, which had lost credibility in the eyes of the broad masses due to the economic crisis, the terrible handling of the corona pandemic at the hands of the incapable politicians, suddenly regained credibility.

Europe is the homeland of class struggles; the ideological and political balances of the world are determined there. Pointing out the importance of this geography, where the two world wars broke out, does not mean surrendering to a European-centric point of view. On the contrary, it indicates the need for a period of struggles that will radically change the current status quo in Europe. Our side in this struggle is the workers of the continent.

The working masses in Europe, including Turkey, have an obligation to wage a more effective struggle against NATO aggression, which is getting more intense.

As some people think, this obligation cannot be fulfilled as taking one of the sides in that “division”. NATO aggression cannot be repelled either, by attributing a special intellect and depth to the Putin leadership, which is looking for ways to defend the interests of capitalist Russia. In any case, at no point in today’s world order can rational thought prevail. As assessing US imperialism by looking at Biden’s pathetic image means assessing only a part of the reality, assigning great meanings to Putin’s strong leader image would equally take us down the path of grave mistakes.

Today, the peoples of the world cannot have an “active” role in a NATO versus Russia polarisation. It is of course absurd to equalise the sides in this confrontation; despite all their internal contradictions, the US, NATO and the European Union bloc are the primary threat to humanity. But the critically important point is that almost all of Europe, including Turkey, is under the yoke of a pro-NATO class domination.

It is necessary to determine priorities based on the conditions in each country. Contrary to the claims of the NATO supporters who have now started to make a lot of noise in Turkey, it is the US imperialism and NATO that threaten our people.

Against NATO aggression, which will become more critical in Turkey’s domestic and foreign policy with the latest moves, the only effective and legitimate struggle is one that is waged on a class basis.

It would be a historical defeat for the workers of the world to line up behind the struggle for hegemony, which is obscured by great power chauvinism, militarism, lies, occupation and which divides the capitalists into the powerful and the downtrodden.

Communists come from a tradition that opposes race- and nation-based conflicts, and that stands for class-based conflicts. This tradition has hitherto used the truth, sense of justice and righteousness as its most important weapons; adopted the sovereignty and independence of countries and opposition to changing of borders by brute force as the most important principles of the struggle against imperialism.

Today, in the face of increasing NATO aggression, only by acting on this basis can we make the masses support the demand for Turkey’s immediate exit from NATO.

US imperialism and NATO cannot be defeated by a confrontation where peoples are held down as they line up behind their own ruling class, or where deep social inequalities in individual countries are lost in the primitive language of geostrategy.

Let’s not forget that Yanukovych government, which was overthrown by the Maydan Incidents of 2014 and fled to Russia after the last “colour revolution” that made Ukraine a fanatical militant of US imperialism and NATO, with its policies that impoverished the people, with its rotten structure that was deep in corruption, deserved to be overthrown long time ago not by the neo-Nazis or pro-Europe fascists but by a revolutionary working class movement.

The ominous “colour revolutions” that shaped Ukraine ten years apart are the result of the division of people on the basis of being pro-Russia or pro-Western. In Ukraine and Russia, however, the population is divided into exploiters and exploited, as in the United States, Poland, Turkey, and elsewhere.

The day is the day to push forward the organised power of the working people against NATO and the NATO members. This is the only force against which the most advanced weapons, including nuclear ones, will be rendered futile.

There is no difference between hoping for help from the struggle for hegemony in the capitalist world and placing hope in the six parties that came together against the AKP government.

Both are projects of destruction for the people. While there is still time, the people must rise up for the emergence of an organised popular struggle.