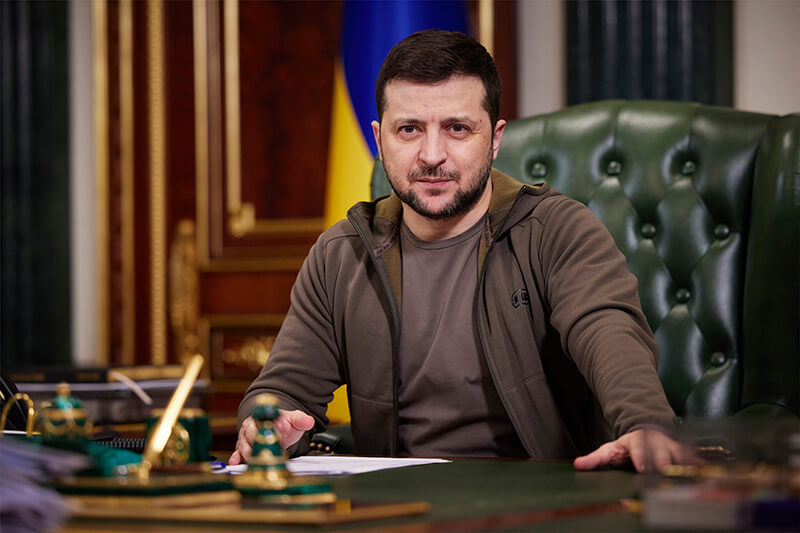 In 2020 when Joe Biden decided to run for the presidential election, Donald Trump asked the Ukraine President Zelensky to investigate Joe Biden. In exchange he would be invited to the White House, where he would get military aid, but it didn’t happen and Trump was subject to the impeachment process.

Finally, on the 30th anniversary of Ukraine’s independence, Zelensky visited the White House. It was more than just a social call, however, the Ukrainian President has concerns about what the Afghanistan exit means for US international commitments and whether America can still continue to be trusted to defend its allies. Then in his national address, Biden said that the US had no “vital national interest” in Afghanistan and he insisted that the US withdrawal from Afghanistan would allow the nation to refocus its foreign policy on Russia

For the Ukrainian President, when Joe Biden was vice-president, he was a strong defender of Ukraine’s independence. However, as a President, he declined to impose sanctions on the Nord Stream 2 gas pipeline, which will allow Russia to bypass Ukraine and export natural gas directly to the rest of Europe. Zelensky’s response to Biden’s speech was that he would bring up the pipeline, the ongoing Russian military incursions into Ukrainian territory, and NATO’s membership. These words maybe addressed Zelensky’s concern’s and gave him peace of mind regarding to the withdrawal of the US troops from Afghanistan.