Earlier this month, amid predictable outcry from the Coalition, Anthony Albanese voiced his support for a 5.1 per cent increase in wages, to keep pace with the current rate of inflation. Albanese told ABC National Radio that he would “absolutely” support an increase of 5.1 per cent but refused to weigh in on the Australian Council of Trade Unions’ (ACTU) call for a 5.5 per cent increase.

On the 31st March, ACTU published a press release calling for a five per cent wage hike in the Fair Work Commission’s (FWC) upcoming Annual Wage Review. Minimum wages are set by a determination of the FWC on an annual basis, with key stakeholders being invited to make submissions as to the rate at which wages should increase. Twenty-five per cent of Australian workers will be affected by the Annual Wage Review.

By 8 May, ACTU had increased its proposal to 5.5 per cent, citing the “accelerating cost of living crisis” and soaring inflation rates

“When the ACTU submitted its initial claim on the 31st March Scott Morrison had just issued a budget which predicted inflation would peak at 4.25 per cent in the middle of this year. Inflation is already at 5.1 per cent and the RBA is now predicting it will reach 5.5 per cent by mid-year.”

The short answer is no. A 5.5 per cent increase will prevent wages from going backward in real terms by keeping up with the current rate of inflation. The RBA forecasts that without an increase, real wages will continue to stagnate so that by mid-2023, wages will remain in real terms at the same value they were in 2011.

So why is the Coalition so quick to dismiss Albanese’s proposal as economically irresponsible? It is no coincidence that the Liberal government’s submission to the Annual Wage Review, far from supporting a wage increase, actually touts the benefits of low-paid work.

Morrison’s hypocrisy runs deep. Throughout this election cycle, he has shouted from the rooftops about the alleged strength of the Australian economy, conveniently ignoring soaring inflation, and a housing market so broken that his government is actually proposing that people use their superannuation to buy homes. If the economy is doing so well, then why can’t it support a wage increase?

As Sally McManus, ACTU President is quick to point out “[e]very dollar working people lose in real terms is a dollar not spent in local businesses.” More disposal income is unequivocally a good thing for an economy, so why is the Morrison government pushing back on it?

The argument that Morrison relies on in his submission to the Annual Wage Review, is that a wage increase will lead to job cutbacks, pushing “low-skilled people, the long-term unemployed, people with disability, Indigenous Australians, and youth” out of the workforce. Too much of a coward to stand behind his own flawed argument, he is meanwhile telling the public that it is “inappropriate” for his government to take a stance on wages before the FWC.

The Morrison government knows that increased wages are not in the interests of its key voting base, the capitalist class. Paying workers more eats into the profit margins of industries with scores of low-paid workers who rely on the minimum wage, such as the hospitality and retail industries. This is why key stakeholders on the side of employers, the Australian Industry Group (AIG) and the Restaurant and Catering Industry Association have argued for a wage increase of two per cent or zero per cent respectively.

The Morrison government would like us to believe that a 5.5 per cent wage increase is economically irresponsible and divorced from all reality. Don’t believe the rhetoric. Even the RBA supports a drastic wage increase to keep pace with inflation, which has skyrocketed under Morrison’s leadership. If the Coalition has its way wages will continue to stagnate and workers will bear the brunt of a soaring cost of living while the rich get richer. Back the call for a 5.5 per cent wage increase! 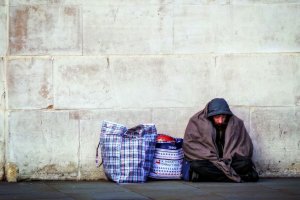