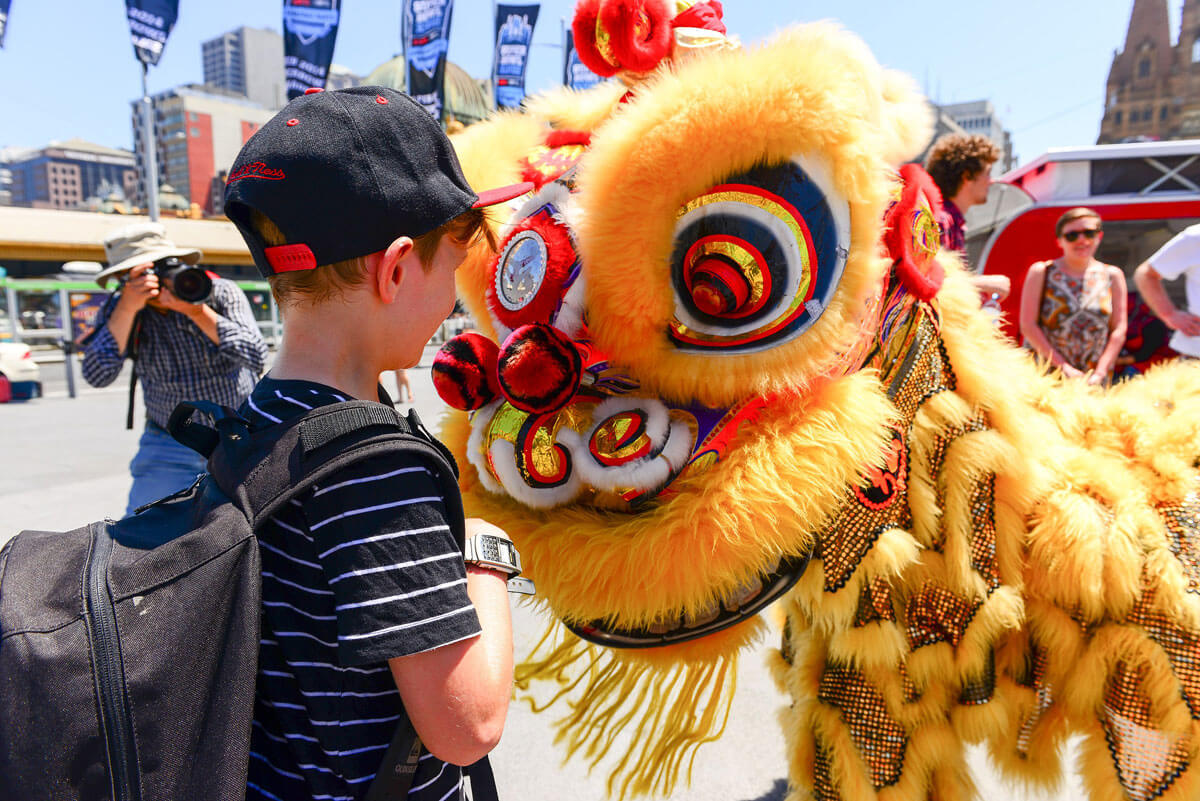 As the Communist Party of China (CPC) prepares for its significant twentieth congress in 2022, we may ask how the Communist Party of Australia (CPA) views the CPC. The material presented here is more in the way of a number of notes, drawn from what I have observed of the CPA in more recent times, and I hope they accord with what is happening.

Over the last few years, a good number of Communist Parties in Western countries have been experiencing growth in membership. In the 1990s, the collapse of the Soviet Union and the disastrous events in Eastern Europe had a massive impact on Western Communist Parties. Some folded entirely, while others experienced a serious decline in membership. For the latter, survival was all that mattered. Times have changed, new Communist Parties have been established, and growth has returned to those that survived. Many are the reasons for this renewed growth, including the 50 years of decline, stagnation, and indeed fragmentation of capitalist countries, the obvious failure of neoliberal policies in Western countries leading to vastly greater disparity between rich and poor, between the ruling class and workers, and the consequent stagnation of capitalist political systems that are now facing major economic problems and significant social unrest.

A further reason, however, concerns the increasingly obvious achievements of the CPC’s leadership in China. Dealing with immense hurdles, the CPC has led the Chinese people to abolish poverty, become a world leader in ecological civilisation, and offer alternative models for development and international relations. Indirectly, the clear presence of the CPC on the world stage has led in Western countries to greater attention, debate, and inspiration that socialism can achieve much and that it is in practice qualitatively superior to capitalism.

Let us step back for a moment and consider the historical experience of the CPA with the CPC, especially since CPA members have first-hand experience with China. One comrade is David Matters, who is the assistant General Secretary of the CPA. Comrade Matters has been on study tours to China, has long-term engagement with comrades from the CPC and has close connections with the Academy of Marxism in Beijing. He has written about his experiences in the CPA newspaper, The Guardian – The Workers’ Weekly, and in the CPA journal, the Australian Marxist Review.

It would be useful to provide some quotations from an article in issue seventy-two of the Australian Marxist Review (2022), in which comrade Matters makes some observations concerning the 100th anniversary of the CPC. He writes: “The Communist Party of China (CPC) has made great political, social, economic and defence achievements for its people.” It has “gathered the most developed, committed, and heroic elements of Chinese society” and has undertaken the “gigantic task” of “ending the colonial domination and division of the country,” of liberating “the peasantry from centuries of bondage, allowing them to create a life free from poverty and endless toil.” And the CPC has “liberated millions of Chinese Labourers, giving them the dignity to be masters of their country and their lives.”

In providing an insightful overview of the century of struggle, from revolution and civil war to socialist construction and complex international challenges, Comrade David provides some key insights from Australia as to how Marxism-Leninism has provided and continues to provide the guide for action in China. He speaks of the “application of the theory and practice of Scientific Socialism to Chinese soil,” that is, the experience and political development that created “the expertise to develop Marxist theory that produced the practical application of Scientific Socialism to the needs and reality of the Chinese nation.”

Further, the article points out that the task for Communists is “to determine what is universal and what is specific to the reality that we encounter in society.” The CPC has provided an example and a model as to how this Marxist dialectic works in practice. Comrade Matters observes: “While the CPC leads through its examples of Marxism in practice, with flexible and dynamic application to the reality of modern China, it does require Communists to not mechanically apply the model to realities for which it is unsuited.” The approach of the CPC provides a model, but it should not simply be copied in other contexts. Instead, scientific socialism requires that each communist party “seeks truth from facts” in its own situation and develops an approach suited to those conditions. In this light, he writes of the need for communists in Australia to “resist the pressure of the Bourgeoisie and Left Liberals in the workers’ movement,” to oppose “colonialism, racism, war and all forms of oppression upon which our nation was founded.” Positively, what is required is a “fraternal friendship and comradeship between our peoples to strengthen this struggle and campaign for our liberation.” Indeed, it is from “friendship with the Communist Party of China and the Chinese people” that Australian Communists “find the strength to change our Nation.”

One point that arises from this article by comrade Matters is that Marxism-Leninism, or scientific socialism, needs to develop approaches in light of concrete conditions. To elaborate: Communism is, of course, an international movement seeking to unite the cause of workers all over the world. At the same time, the conditions for workers differ from country to country.

If I may be allowed a personal observation: in more recent discussions with younger comrades in the CPA, I have noticed a renewed awareness of the importance of taking into account the concrete conditions in Australia for growing the Party and for shaping its policies, strategies, and tactics. At one level, this is how scientific socialism should work: assiduously research of the actual situation, assess what can be done, and act. Occasionally, however, communists have assumed and deployed a one-size-fits all approach, like a template or perhaps a copy of what has been done elsewhere. This is where the examples of Lenin and the Russian communists, or Mao Zedong and the Chinese communists, provides a renewed lesson for communists in countries like Australia. Obviously, much can be learnt from methods and models from other parts of the world. But Australia – as a former colony and with unresolved matters relating to Indigenous peoples – is not the same as Russia, or China, or Vietnam, or Cuba, and so on. Ultimately, the concrete and actual conditions in Australia determine the approach of the CPA in light of Marxism-Leninism.

The CPA has historically been a Party at the forefront of initiatives for peace, since only through peaceful cooperation is it possible for countries – especially socialist countries – to flourish. This resolute policy emphasis has come to the fore again in the “Political Resolution” from the CPA’s fourteenth national congress, held in February 2022. The resolution observes that the “US is escalating tensions in the Indo-Pacific region […] by building up its forces in the region and pushing a narrative of China as an aggressive force that must be ‘contained’.” Australia has followed the US’s directives and abandoned any pretence of independence or sovereignty in international relations. In particular, the “Resolution” notes the “militarisation of the Australian manufacturing industry […] in partnership with US weapons companies,” and that “Australian media has dutifully reproduced the US narrative of China as a ‘rogue actor’ and is increasingly aggressive in its calls for action against China.”

The CPA’s position in response to these aggressive and bullying approaches by the USA and Australia is clear: “Australia must devote its resources to protecting the health and wellbeing of the people.” This includes the demand for “Australia’s removal from the ANZUS treaty and other military alliances, and an end to military ties with the US regime.” Given that the “Australian capitalist ruling class is divided over China” and that some sections “see that their economic future lies in trading with China,” these business interests are “showing signs of backing off from blind subservience to US imperialism.” Not only does this illustrate “the role that mutually beneficial economic cooperation and integration can play in preventing war and maintaining peace,” but it also provides an avenue for the CPA “to exploit the splits in the Australian ruling class to agitate for peace.”

As mentioned earlier, the CPA is experiencing a period of solid growth. Many of the new members are young workers from different professions, and they have a keen interest in both the history of communism and communist parties today. From experience, I have found that they are very keen to know more about socialist countries such as China, and especially how the CPC works, how it has met challenges and dealt with problems, and how it has developed Marxism in light of concrete practice.

The reality is that these younger members clearly want to know more. This is manifested in studying models of Party building and seeing how these lessons can be applied to Australia’s context. For example, a recent article in the Australian Marxist Review (issue 71, in 2021) by comrades Christian and Dan seeks to draw lessons for Party building from the works of Chen Yun, especially a 1939 article entitled “Mass Work is the Central Task at the Local Level.” The desire to know more also appears in moves to study the Chinese language (Putonghua, or Mandarin), to undertake study tours in China under the auspices of the CPC, and much more. This growing interest is, of course, a good sign of the strengthening fraternal relations between the CPA and the CPC. But it also means that Communist Parties throughout the world are developing greater cooperation, dialogue, and exchange.

Allow me to conclude by quoting the CPA President, Comrade Vinnie Molina, in the greeting sent by the CPA on the occasion of the CPC’s centenary:

“The CPA appreciates its growing fraternal relations with the Communist Party of China, and the deepening relations amongst the international communist movement generally. The experience of the CPC in carrying out revolution and socialist construction, as well as the adaptation of Marxism to the complex circumstances of China, is a vast library of knowledge studied throughout the world.” 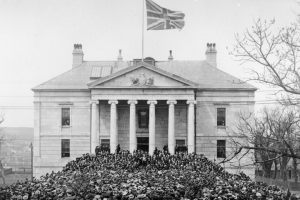