“We want change,” was the message to the major parties. The Liberals copped a routing as millions of people sought change. Most of the Murdoch media outlets and Sky News campaigned hard against Labor but failed to install a Coalition government. Labor’s vote did fall. While Labor might have won office, the big winners are the teals (Climate 200-backed independents) and the Australian Greens.

The message to Canberra was simple. People want action on climate change. They feel, with good reason, that politicians are not listening, that they are divorced from the real world. This election has seen a grass-roots revolt that fractured the two-party system, a positive trend seen across other comparable countries in Europe.

More than ever before, individual candidates were supported for their policies on key issues and links to the community. Many diehard Liberal voters found an alternative in the Climate 200-backed teal candidates.

The electorate is now split three ways with about a third of primary votes each to the Coalition, Labor, and the cross bench. At the time of writing a few lower house seats were still undecided but Labor looked set to gain an absolute majority in the lower house. The number of women and Indigenous MPs has increased, with a record six Indigenous MPs in the Labor caucus.

Blue ribbon and marginal Liberal seats fell like dominoes to the teals, Labor and the Greens with “safe” margins of up to fifteen per cent evaporating. Josh Frydenberg, heir apparent to the leadership of the Coalition, conceded defeat two days into counting, and the ultra-right Peter Dutton was poised to take over leadership of the Liberal Party.

As the Liberals lick their wounds, the blame game has started. The purge of more moderate Liberals began in the 1980s with the struggle between “wets” and “drys” and then intensified from the 1990s under Prime Minister John Howard who took the party further to the right in an attempt to capture One Nation votes.

The more moderate and socially progressive Liberals blame Morrison and the shift to the right for the hiding. There is no doubt that Morrison had become one of the most unpopular PMs of all time. It should be noted that some in the Liberal Party and commentators in the Murdoch media are calling for the party to move even further to the right!

With socially conservative forces and climate change deniers firmly in control, and out-and-out neo-fascists in their ranks, the party has become increasingly out of touch with majority public sentiment. It was an own goal for the Liberals when they kowtowed to the National Party over climate change and to the fossil fuel industry.

People in Brisbane and along the east coast of Australia who were hit by floods – in some instances successive floods – know that climate change is here now, as do those who lost everything in the bushfires. They have not forgotten the government’s inaction in these climate change events or the failure of the government to reduce greenhouse gas emissions or take mitigation and adaptation measures.

Albanese’s commitment to support a 5.1 per cent increase in the minimum wage – one dollar an hour more – before the Fair Work Commission is unlikely to be granted in full, but it was in strong contrast to a government that admitted that wage restraint was policy.

The public is fed up with the rorting, the cover-ups, the conduct of politicians, the reduction of politics to personal attacks and one-line grabs. There are pressing issues that need addressing now.

Women had not forgotten how the government swept the abuse of women in Parliament under the carpet and refused to implement the Jenkins report.

Mounting waiting lists for hospitals, shortages of GPs and specialists in the less affluent suburbs and regional and remote areas reflect a health system in crisis. Urgent reform is required. Reducing the price of pharmaceuticals is only a small step.

For workers and their trade unions the question of industrial relations reform looms large. The Coalition’s agenda would have denied them of the few remaining rights they have.

The criminal abuse of incarcerating asylum seekers indefinitely by governments both Liberal and Labor is set to continue under Albanese. The return of the Biloela family is widely welcomed, but there are many more asylum seekers who should also be released. The pressure will need to be maintained on Labor if any justice is to be done.

Labor also kicked an own goal by parachuting Kristina Keneally from the affluent eastern suburbs into the working-class electorate of Fowler in the southwest of Sydney. The ethnically diverse community were not going to be taken for granted. It looks as though independent candidate Dai Le has won the safe Labor seat. Le is former Deputy Mayor of Fairfield and a Vietnamese Australian.

Before heading off to a meeting of the Quad military alliance in Tokyo, newly sworn-in Prime Minister Anthony Albanese outlined the immediate actions his government would take: the establishment of an anti-corruption commission; the Uluru statement from the Heart; and the convening of an employment summit with trade unions and employers. He spoke of ending conflict and bringing people together, a reminder of the Bob Hawke days.

The legacy of nine years of Coalition poses monumental challenges for the new government, especially for the Treasurer. The economy is anything but sound, despite all the claims to the contrary from the Coalition.

Working people face a cost-of-living crisis; housing crisis; stagnated wages or falling for the low paid; casualisation and labour hire which have led to insecure employment and loss of working conditions and wages; a gig economy is on the rise; interest rates rising; and inflation is with us. The low official unemployment rate is a cheap trick, including anyone with even one hour of paid work as employed. In part it is also a result of closed borders.

The Coalition white-anted the NDIS and the public service. It failed dismally to provide adequate support for social security recipients.

Labor has a huge repair job ahead of it in the face of a large budget deficit and whopping debt heading towards $1 trillion.

“This wasn’t just a campaign that was fought over the last six weeks,” Max Chandler-Mather, the likely new Greens MP for Griffith in Brisbane said. He was one of two Greens candidates expected to win seats there.

“If there’s one message out of this election is that people feel completely disconnected to the major parties.”

Chandler-Mather says the Greens knocked on 90,000 doors in their campaign to win Griffith. It was a long community-based campaign, door-knocking and asking residents what concerned them.

Party volunteers handed out care packages to vulnerable residents during the pandemic and the recent flooding; they built community gardens, ran forums, and sent out newsletters. The Greens already held positions at local and state level. It was out and out hard work, but it paid off.

The Greens set to have increased representation with three seats in the lower house and twelve in the Senate.

Climate 200-backed candidates also had close ties with their communities. A number of them had strong historical links with the Liberal Party, some were even former members. On its website, it claims that 15,000 volunteers knocked on 130,000 doors and that 65,000 phone calls were made.

Climate 200 describes itself as “a community crowd-funded initiative that supports political candidates committed to: a science-based response to the climate crisis; restoring integrity to politics; and advancing gender equity.”

Individual candidates also have other socially progressive policies but there is no indication of the position that any of them take on economic questions and industrial relations. As small “l” liberals, these are likely to be quite conservative. Time will tell.

Their community campaigning plus extensive media coverage paid off. Six independents were elected for the first time. They won one seat in WA, two in Victoria and four in NSW. All of these seats were previously held by Liberals except for one by Labor.

Climate 200 Zali Stegall was re-elected on a greater majority. She did have some assistance from PM Scott Morrison who backed in a vocal transphobic candidate.

Forty of the seventy-six Senate seats are being decided at this election with a total of thirty-nine needed for a majority. At the time of writing Labor and the Greens were likely to win fourteen and six seats respectively. When Senators not standing for re-election are included, that would give the two parties combined thirty-seven seats. Counting continues with outcomes also uncertain for another five seats.

After close to $100 million on advertising, extreme right Clive Palmer and his equally reactionary mate Craig Kelly are struggling to win a seat for the United Australia Party. His advertising blitz in the last week and highways and city streets littered with billboards calling for “Freedom Freedom Freedom” failed to gain traction.

The extreme right might have made no inroads, but it has not gone away. It is still lurking in hope of capturing the disaffected in the future.

The electorate has longer memories than the six-week campaign of gotcha moments, thirty second media grabs, and political theatre. Labor’s win was largely the result of the Coalition led by a toxic Prime Minister being thrown out. The Liberals lost seventeen seats, Labor gained eight and the Greens gained two. The new Parliament will have twelve cross benchers including the three Greens.

Albanese declared on election eve: “Tonight Australians have voted for change.” They also sent strong message to the two major parties: the two-party system can be broken, that community candidates can win.

Labor has an opportunity now to deliver change. It’s now up to the people to take their demands to the streets to secure the change they voted for. 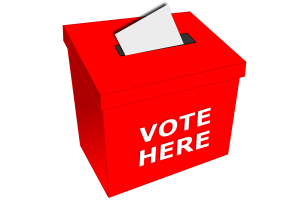