It’s official: Anthony Albanese has been sworn in as Australia’s 31st Prime Minister. At the time of writing, no seats in the House of Representatives have officially been declared, but Labor is expected to form a majority government. In addition, the Greens won a record three seats in Queensland and retained the key seat of Melbourne. Ten independents have also been elected across the country.

Albanese promises that his new government “represents a change” in Australian politics. It’s now up to the people to ensure that we hold Labor to its election promises. Labor has committed to criminalising wage theft at the federal level (wage theft is currently a crime in Victoria) and earlier this month Albanese stated that Labor would “absolutely” back the call for a 5.1 per cent wage increase to keep pace with inflation.

Labor has also promised to build 20,000 new social housing properties as well as lowering taxes for the working class, lowering the cost of childcare, investing in sustainable jobs, reforming the aged care system and tackling corruption. Perhaps among the most important commitments of the new government: Albanese has promised to finally deliver on an Indigenous voice to parliament.

All of these things sound great, but will the new government follow through? Governments have a long and storied history of failing to deliver on their election promises. It ought to be obvious to every working class Australian that the Morrison government failed spectacularly to deliver the “stronger economy” it promised at the 2019 election.

There is one issue on which Labor is facing unprecedented political pressure to act. An article in The Conversation suggests that the Greens and climate independents will push Labor to act on climate change. On Twitter, Adam Bandt, the leader of the Greens and MP for Melbourne congratulated the new PM, but noted the need for immediate action:

“The crises facing us are urgent: floods, fires, and people unable to afford basic cost of living. We’ve got to quit coal & gas. We’ve got to fight inequality.”

This election has shown that Australians want a change and we want it now. Progressive politics is on the rise, with the teal independent winning multiple seats, the Greens taking Queensland by force and the Victorian Socialists winning over five per cent of the vote in the Melbourne seat of Cooper. It is hoped that these forces will push Labor to left and force progressive policy on key issues.

But the pressure also has to come from outside of the Parliament. People must continue to make their voices heard through grassroots campaigning and direct action. For all their progressive posturing, Labor is not a party of the working class. Unless the people hold it to account, the new Labor government cannot be trusted to deliver on the urgent change that is needed.

We cannot forget the limits of electoral politics. We cannot become complacent. The struggle continues. 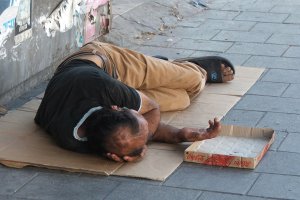 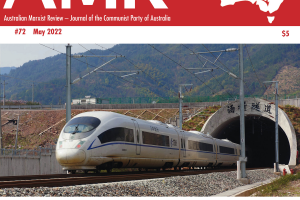 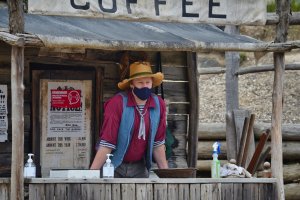