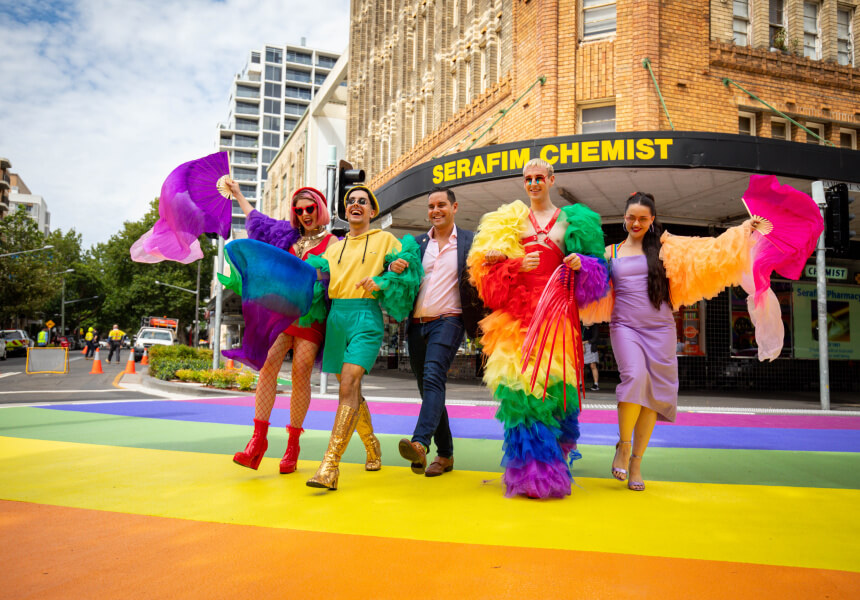 Unfortunately, Pride Month has become co-opted by corporations to sell their wares by promoting their advocacy for diversity and inclusivity. The commodification of LGBTQ+ culture has not gone unnoticed, with many in the community lamenting and mocking the efforts of big business – who once wanted nothing to do with the LGBTQ+ – to exploit them for a profit.

However, despite the corporatisation of the LGBTQ+ culture, there is much to reflect and focus on when it comes to the struggles of the community, which should serve as a reminder of how far we’ve come and how past battles were won.

In Australia, while the fight for equal rights is storied, the decriminalisation of homosexuality marks the first concrete victory for the LGBTQ+ community. Sparked by the murder of gay Adelaide academic George Duncan in 1972, gay rights organisations such as the Melbournian Daughters of Bilitis in Melbourne and Sydney’s Campaign Against Moral Persecution (CAMP) would organise and agitate for homosexual law reform. The efforts of campaigning resulted in the federal parliament passing a motion supporting decriminalisation in 1973 but had no legislative impact, leaving the issue to the states. Further campaigning resulted in a real win in 1975 as South Australia passed The Criminal Law (Sexual Offences) Amendment Act 1975, becoming the first Australian state to fully decriminalise homosexual acts. However, it would not be until 1994 that federal parliament would decriminalise homosexual sex acts with The Human Rights (Sexual Conduct) Act 1994, implementing Australia’s obligations under the International Covenant on Civil and Political Rights – after most states and territories had decriminalised homosexuality.

The abovementioned Stonewall was not an isolated incident, the LGBTQ+ community has everywhere faced violence at the hands of law enforcement, and Australia is no different. In fact, on the 9th anniversary of Stonewall in 1978, hundreds of people marched from Taylor Square to Hyde Park in Sydney with the intention to promote their culture and encourage political activism against the discrimination they experienced. However, they were met with a violent response by the police ending in fifty-three arrests, with some violently assaulted. The approach by the authorities was heavily condemned and indirectly contributed to the relaxation of protest laws in NSW. This incident marked the first Mardi Gras event which continues on today.

As with the decriminalisation of homosexuality, the anti-discrimination laws also unevenly advanced. Despite homosexuality still being a crime in NSW, the Wran government passed an amendment to the Anti-Discrimination Act 1977, making it illegal to discriminate against the LGBTQ+ people in 1982. The struggle to remove discrimination laws had always been a key demand from the LGBTQ+ community. At the grassroots levels, organisations like the NSW gay trade unionists’ group frequently reported on discrimination and promoted demands for better workplace conditions. By the end of the ’70s, many within the trade unions – such as Bill Richardson, Federal Secretary of the Australian Council of Salaried and Professional Associations – called on the ACTU to protect its LGBTQ+ members. However, it would not be until 2013 that the federal parliament would pass the Sex Discrimination Amendment (Sexual Orientation, Gender Identity and Intersex Status) Act 2013, making discrimination against the LGBTQ+ people illegal under national law.

The struggle for recognition of transgender people has a particularly controversial beginning in Australia. Heavy grassroots activism assisted trans people like Estelle Asmodelle and Norrie May-Welby, who have fought within Australia’s court for gender recognition through the 1980s into the twenty-first century. These struggles moved the discourse forward, resulting in wins, such as enabling trans people to amend their birth certificates. Their public appeals are particularly brave as trans people are incredibly vulnerable to violence.

Before the 21st century, anti-discrimination laws regarding the ability for LGBTQ+ people to adopt were non-existent, with some jurisdictions permitting adoption under specific conditions. It was not until 2002 when Western Australia passed the Acts Amendment (Lesbian and Gay Law Reform) Act 2002 making sexual orientation and gender of couples irrelevant when considering their application for adoption. It would not be until 2018 that adoption by same-sex couples would be legally available in all jurisdictions of Australia.

The most significant struggle the LGBTQ+ community faced in Australia this millennium was the fight for same-sex marriage in 2017. The campaign to win this right was coordinated on a national level. Much of the work to make the struggle a national issue was the result of grassroots organisations who spent years campaigning, holding forums and rallies. When the Turnbull Government decided to hold a plebiscite on the issue, further campaigning – such as leafleting – was undertaken in suburbs and cities across Australia. The efforts resulted in a resounding victory for equal rights as parliament was presented with a definitive answer by the Australian people.

Given how recent some of these victories and struggles are, it should surprise no one that this battle continues. NSW MP and One Nation leader Mark Latham presented a bill to NSW parliament to ban the discussion of gender diversity in classrooms. However, a parliamentary inquiry into the bill that was chaired by Latham recommended more far-reaching prohibitions. According to the Guardian (UK), these included,

“[…] prohibiting students from confidentially coming out as trans to their teachers, banning trans students from playing school sports aligning with their gender from high school, requiring trans students to undergo a full medical transition to use toilets aligning with their gender, and requiring parental consent before any discussion of matters concerning gender or sexuality.”

The bill was ultimately rejected in March this year.

Thus, despite the growing public acceptance of sexual and gender diversity, there are still many who not only oppose this equality but, as is the case with Latham, actively fight to repeal these gains. The defeat of Latham’s bill – and the progress mentioned above – are results of community organising. Every struggle in this country can only be won in a coordinated, sustained effort. Pride month is an opportunity to look back on these struggles and to reflect on how we can motivate our communities for change.