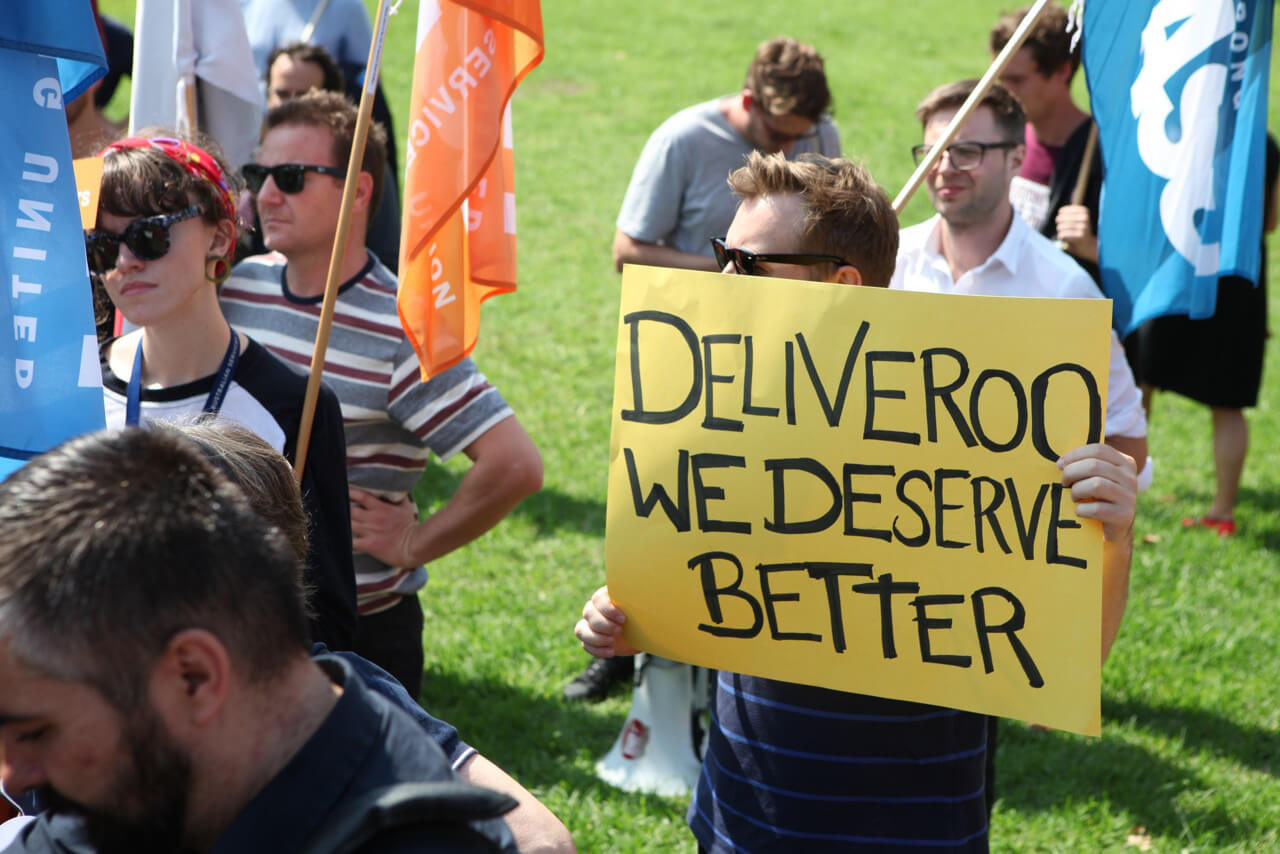 Gig workers had a ground-breaking win last month when the Personal Injury Commission (PIC) awarded the family of Xiaonjun Chen $834,000 in workers’ compensation after determining that the gig worker was an employee.

Chen was killed when hit by a bus while riding his motorbike on a job for food delivery company Hungry Panda in Sydney.

The PIC found that Chen’s injuries were incurred in the course of his employment with Hungry Panda – that he was an employee when he died. Hungry Panda, and other companies using a similar model to hire, claim the workers who deliver food for it are contractors, not employees.

Jasmina Mackovic from law firm Slater and Gordon said the decision was the first of its kind in workers’ compensation.

Transport Workers’ Union (TWU) National Secretary Michael Kaine also noted it was the first case in relation to workers’ compensation where a gig worker was found to be an employee – not a contractor.

“For too long, gig companies have been able to skirt the edges of our outdated industrial relations law which divides workers into two camps: one which receives hard-won rights, and one which is not entitled to any basic protections. Denying workers’ rights has created an industry rife with underpayment, extraordinary pressure, injuries, and death,” Kaine said.

The gig model is built around underpaying workers and denying them the legal entitlements that other workers receive. It is a growing trend, increasingly becoming the business model for employers. In doing so, companies bypass the industrial relations system and all the legal obligations that employers are required to meet. It offers arbitrary and absolute powers over workers – and along with it, massive profits.

Gig employers have various modes of operation with one thing in common – they deny that the people who they hire are their employees. They claim they are not employers but are online platforms where service providers can be matched with clients seeking those services. For a more detailed outline of their operations and the TWU’s campaign to organise them see Guardian #1888 (02/10/2019) and #1889 (09/10/2019).

These companies have expanded beyond ride share (eg Uber) and food delivery (eg Deliveroo) into home and office tasks (eg Airtasker), and NDIS and aged care (eg Mable). They continue to proliferate as a model of employment, undercutting minimum wages and working conditions while denying workers the other legal entitlements that benefit other workers under the industrial relations system.

Gig workers have no legal rights. They often work in dangerous conditions. If they speak out, they no longer have a job. The sector has become a major employer of visa workers – backpackers and students in particular – who are in an extremely vulnerable situation as they attempt to meet work requirements and survive. Wages can be $10 or less per hour, well below the legal minimum.

It is the most sinister, precarious form of capitalist exploitation in which employers make super profits out of bypassing the industrial system and all the obligations (albeit their inadequacies) that come with it. It also undercuts other employers who operate within the legal industrial relations framework and puts pressure on them to cut wages and working conditions of their employees in a race to the bottom. It puts legitimate businesses that cannot compete out of operation.

It denies workers any means to address serious health and safety issues. There is no means of dispute resolution. A worker taking strike action is in effect acting against their own interests. They are replaceable and will be replaced.

The lack of protections and accountability results in deaths and injuries with no redress to workers’ compensation unless they have paid for it themselves. Without workers’ compensation or other form of insurance it is a matter of taking their employer to court – unaffordable and too difficult for individual workers unless they belong to a trade union that can represent them.

Organising gig workers is difficult and motives driving employer adoption of this model of employment in pursuit of larger profits. There is a large turnover of workers.

The Transport Workers Union has campaigned hard to organise gig transport workers and win basic trade union rights and entitlements for them. It had a historic win against Foodora in 2018 in an unfair dismissal case involving Melbourne delivery rider Josh Klooger. The company was forced to pay millions in underpaid wages and non-payment of superannuation to its workers. It then left Australia!

Food delivery platform DoorDash and the TWU recently signed a landmark agreement setting out how Australia could ensure safety and fairness for gig workers. Door Dash and the TWU agreed on six core principles:

The detail remains to be nutted out and that is what will determine just how genuine DoorDash is, but it is a significant step in the right direction.

The payout to Chen’s family is a great win for gig workers, but it still does not guarantee other gig workers their rights. Until there is legislation, and the sector is tightly regulated, courts will decide each case individually. The PIC relates to workers’ compensation in NSW. There is no automatic flow-on for all gig employees.

Workers cannot and should not be expected to know and understand the technicalities of employment and contract law. The gig form of exploitation is open to rampant and arbitrary abuse by employers, who are increasingly making the most of precarious employment such as body hire and gig labour.

The Labor Party promised during its federal election campaign to regulate the gig economy to stop rampant exploitation. The details remain to be seen. Workplace Relations Minister Tony Burke said, “No matter which way you look at it, the days of gig workers having no entitlements cannot go on.”

ALL workers, regardless of how their form of employment is characterised by an employer, should be entitled to at least the minimum wage; sick, parental and carers’ leave; penalty rates; overtime payment; allowances; and covered by unfair dismissal provisions. Same pay and conditions for the same work.

Essential are trade union rights including to join a trade union, the right to strike, to be represented by the union in the negotiation of enterprise and industry agreements – the latter requiring legalising. Without their union workers are powerless.