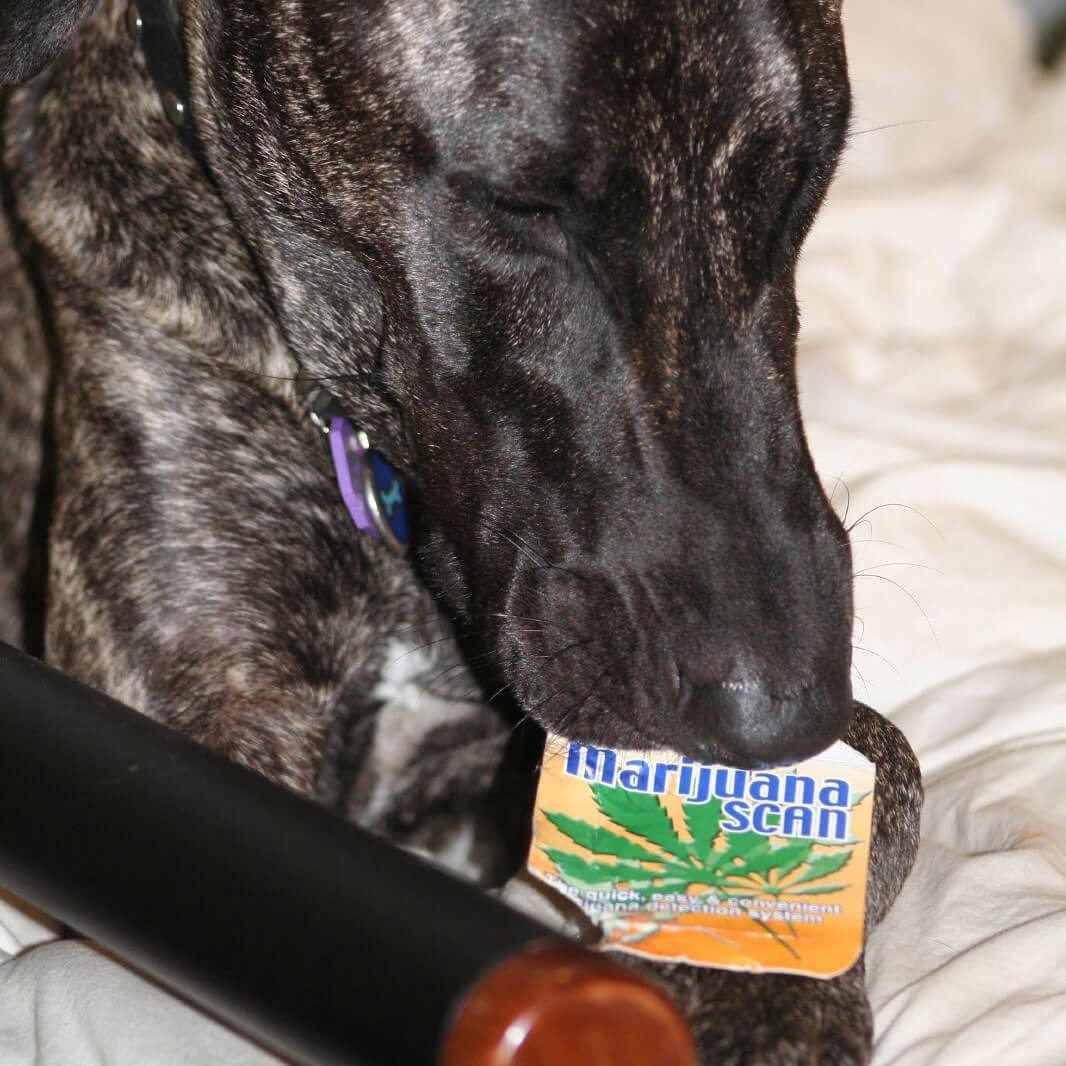 “I passed a drug test for work, and my dog destroyed the evidence.” Photo: Levy – flickr.com (CC BY 2.0)

Drug law reformists around the country are calling on both the new Labor government as well as their state governments to reform drug laws. In particular, there are calls from different groups to both legalise recreational cannabis and decriminalise “personal possession” amounts of all drugs.

Mark McGowan has responded by vowing to never legalise cannabis, despite being an MP when WA first decriminalised cannabis in 2004, before being repealed by Barnett’s state Liberal government in 2011.

This is not the first time a state or territory has debated the decriminalisation or legalisation of drugs. In 2019 Queensland’s independent economic review body recommended extensive drug reform, finding that decriminalising drug use and legalising cannabis and MDMA use could reduce prison populations by thirty per cent and save $300 million in prison costs each year.

In 2018, a NSW special commission into ice addiction recommended that the state decriminalise the possession of all drugs, as well as increase the number of medically supervised injection rooms and increase funding for rehabilitation.

The report’s author, Dan Howard, recently criticised the NSW government’s lack of action, prompting NSW Premier Dominic Perrottet to concede that there are “competing views” in his cabinet over the inquiry and that a response can be expected shortly.

Earlier this month, New South Wales Attorney General, Mark Speakman, claimed that NSW drug policies are “clearly not working”. Speakman proposes a divergence scheme that would give police discretion to issue up to two fines of $400 to an individual caught with small amounts of illegal drugs.

The fines could be waived if the person caught with drugs undertook counselling or health intervention. Such a scheme has even won the support of former NSW police commissioners Mick Fuller and Andrew Scipione.

Critics claim that the choice to issue a fine instead of giving a court attendance notice should not be left up to police discretion for fears of discriminatory sentencing.

Yet, the NSW Greens Cannabis Legalisation Bill introduced to the NSW upper house in 2021 has not been adopted. A similar bill was recently introduced to South Australia’s legislative council by the SA Greens.

Meanwhile, Fiona Patten of the Reason Party has introduced legislation to the Victorian state parliament that proposes the decriminalisation of all drugs. Patten believes that drug abuse should be treated as a health issue, rather a criminal matter.

However, in 2021 the Victorian Labor Party intervened into a two-year State Parliament inquiry that was expected to recommend legalising cannabis in Victoria, watering it down at the last minute.

While Legalise Cannabis Australia narrowly missed out on unseating Pauline Hanson in QLD, newly elected Greens Senator David Shoebridge told Sydney Criminal Lawyers that the Greens would prioritise legalising cannabis nationally if they held the balance of power in the Senate.

With Labor’s twenty-six senators needing the support of either the twelve Greens senators or the Coalition to pass legislation through the Senate, such an event is not impossible.

While most states and territories have ignored inquires and bills recommending the decriminalisation of drugs, after first legalising the recreational use of cannabis in 2019, the ACT has recently agreed to decriminalise small amounts of commonly used illicit drugs, making it the first Australian jurisdiction to do so.

The proposed bill, introduced by Labor backbencher Michael Pettersson, won the support of the ACT Labor-Greens coalition government after a parliamentary inquiry into the proposal.

The ACT government is also considering legislation to allow MDMA-assisted therapy to treat PTSD, and psilocybin to treat depression.

ACT Health Minister Rachel Stephen-Smith said the ACT was leading the country in drug policy. While the government will continue to work to stamp out the supply of illicit drugs, it recognised that drug use is a health issue, and that criminalising drug use neither helps addicts nor reduces drug use.

This view is backed internationally by the experience of Portugal, where the decriminalisation of “personal possession” quantities of all drugs over twenty years ago has resulted in more people accessing treatment and a decrease in problematic use, drug deaths, and prison populations while not increasing drug use.

The bill was introduced by the Portuguese Communist Party (PCP) in 2000, who stressed that drug users should not be treated as criminals regardless of the type of drugs consumed.

Instead, the PCP stressed the importance of decriminalising drugs while expanding the national and free public network for the care, treatment, and social recovery of drug addiction and strengthening the fight against drug trafficking and associated money laundering.

The PCP stated that this policy was not an endorsement of drug use, but allows the state to handle drug use in a non-repressive manner while promoting public health, deterring addiction, and freeing up police resources.

The US state of Oregon also decriminalised all drug possession in 2020, while the federal Canadian government has announced a three year trial of drug decriminalisation in the province of British Columbia.

Punitive drug laws harm workers. Like roadside drug testing, workplace drug tests examine a person’s saliva or urine for the presence of drugs, rather than active impairment. This is a particular burden to workers who drive or operate heavy machinery for work, as using drugs such as cannabis the night before may return a positive result long after consuming or experiencing impairing effects.

Since 2015, drug testing has been mandatory for all building contractors working on building sites financed by the federal government.

But it is not only workers who drive or operate heavy machinery that risk falling afoul of Australia’s drug laws. Provided a worksite has established a comprehensive workplace drug and alcohol policy, workplace drug testing is legal in all Australian worksites.

Legally justifiable reasons for drug testing employees are extremely broad and go far beyond health and safety concerns. Examples given by Drug-Safe Workplaces include “the improvement of workplace productivity” and “maintaining employee integrity”.

While the position of Australian common law is that drug-use must have an impact on a worker’s ability to perform their workplace duties, or must impact the business of the employer to justify dismissal, the Fair Work Commission (FWC) has ruled that the unlawful use of prohibited drugs in the workplace is a valid reason for dismissal.

This law is regularly used to summarily dismiss workers self-medicating cannabis, an illicit drug that is now legal for medicinal use despite entry barriers such as difficulty finding a doctor willing to prescribe it and high price for medicinal products.

In 2015, the Federal Court endorsed a FWC decision that overturned the reinstatement of a Sydney Harbour ferry master who tested positive for THC after driving a ferry into a wharf pylon. The worker admitted to using cannabis the previous night as pain relief for a shoulder injury, however denied that he was impaired at the time of the incident.

The Court found that the employer’s “zero tolerance” drug and alcohol policy was relevant and appropriate under the circumstance.

In a similar case, the FWC upheld the dismissal of an Ensign derrickhand who was summarily dismissed after failing a first drug test, despite passing a second test that Ensign claimed was “diluted”.

It is completely legal to consume excessive amounts of alcohol outside of work hours so long as you are not under the influence or impaired at work. The law must not be moralistic with workers’ careers and livelihoods when it comes to drugs. Similar standards should apply to drug use, regardless of the type of drug consumed. If workers are not actively under the influence or impaired while at work, drug use outside of the workplace should not be penalised.

While drug use can have negative effects on individuals, communities, and society, the war on drugs was started to disrupt and break up progressive communities.

“You want to know what this [war on drugs] was really all about? The Nixon campaign in 1968, and the Nixon White House after that, had two enemies: the anti-war left and black people,” John Ehrlichman, Assistant to the President for Domestic Affairs under US President Richard Nixon, told journalist Dan Baum in 1994.

“By getting the public to associate the hippies with marijuana and blacks with heroin, and then criminalising both heavily, we could disrupt those communities.”

Treating drug use as a criminal issue rather than a health issue is a failed policy that does far more harm than good. It is time that politicians listen to health experts instead of the police. Albanese’s new Labor government must heed the growing call for reform.

Drug use must be treated as a health issue, and not a criminal issue. Cannabis must be fully legalised for recreational use. The possession of personal amounts of all illicit drugs must be fully decriminalised.

Repressive and punitive policies such as the use of drug sniffer dogs to perform searches in public spaces and drug tests that do not test impairment must be ended.