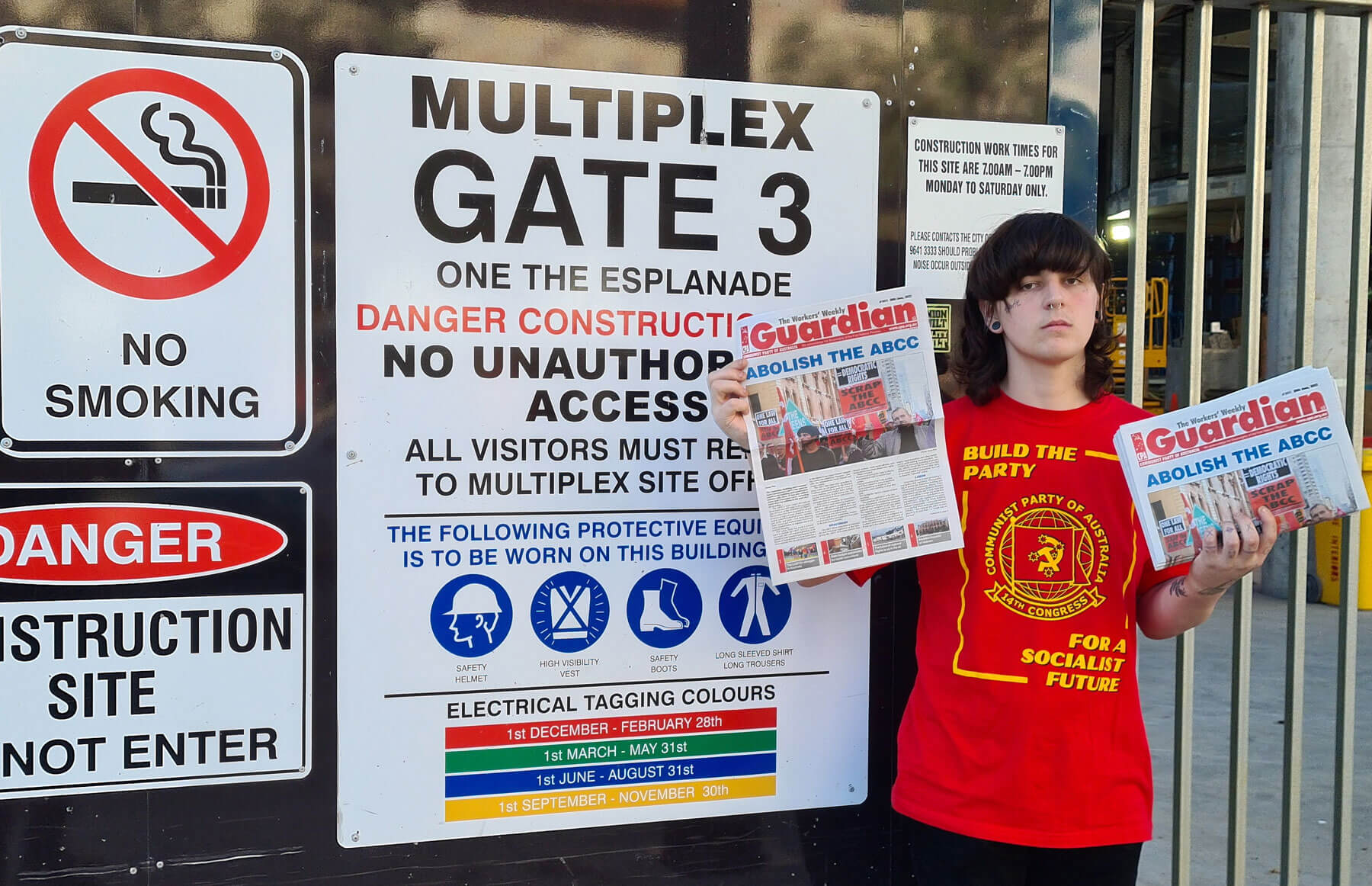 Carrying out the decision of the Central Committee that Guardian issue #2011 of Monday 20th June be distributed to building workers across the country, Party members mobilised in several party centres. The issue carried the front-page story of the promised abolition of the Australian Building and Construction Commission (ABCC).

In Perth, party comrades greeted workers at Elizabeth Quay where several multi-storey buildings are under construction. On Wednesday at 6:30 AM and on Thursday at 3 PM workers responded well to the distribution by Party comrades walking away with their free copies of the Workers’ Weekly. Some workers were well aware of the ABCC having been victims of charges and fines brought against them by these Coalition cops in the construction industry. For other, particularly younger workers, it was the first they learned about the ABCC and they gladly took the Guardian with them.

The CPA position is clear, the Albanese government must honour their electoral commitment and get rid of the ABCC once and for all. The CPA also calls for the Registered Organisations Commission (ROC) to go and for the government to legislate for an unfettered right to strike, abolish the right of entry permit system and guarantee access for union officials to the workplace. Also, a necessity for workers is industry bargaining to improve wages and conditions.

The Communist Party of Australia calls on workers to take to the streets in demand of their rights at work.