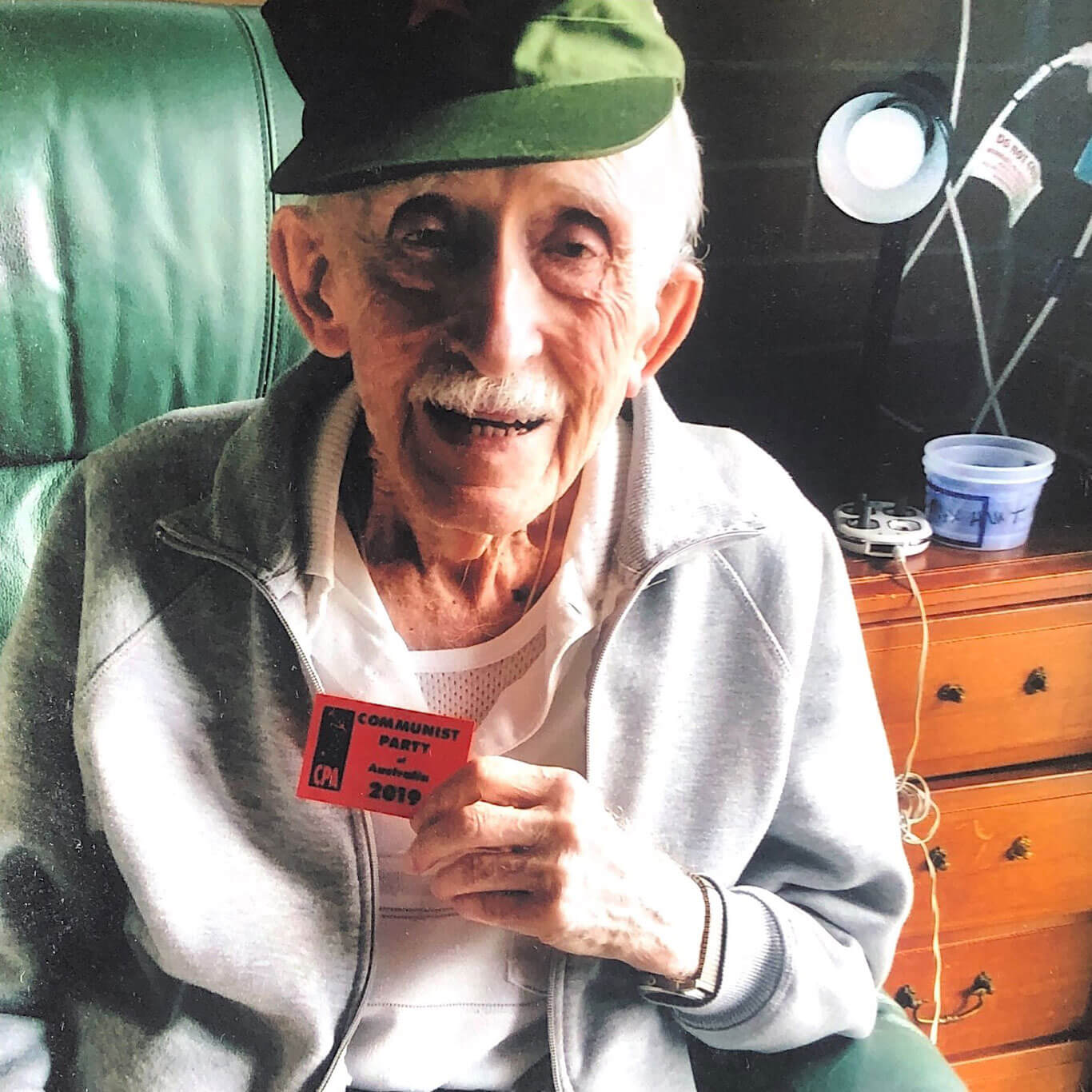 For nearly four decades, Max Hunt worked quietly and with utter dedication and reliability for the Communist Party of Australia, including wrapping and posting copies of The Guardian – The Workers’ Weekly every week. That’s the way most comrades in Sydney remember him. However, his involvement with the CPA goes back eighty years – an amazing testament to his commitment to the working class and the Party.

As an eighteen-year-old, Max joined the Royal Australian Air Force in 1941 and the next year joined an RAAF Party branch. He participated in a successful campaign against a RAAF officer’s policy of punishing Max’s entire unit for the misdemeanours of individuals.

Max helped organise a victory march in Cairns in 1945. After the war, he participated in a federal election campaign for CPA candidates and did organising work for the Party. He took part in the Chifley government’s short, intense but unsuccessful campaign to nationalise Australia’s banks before working in heavy industry factories and finally joining the Postmaster General’s Department in 1947. True to form, he maintained his political work. He helped form a credit union and welfare committee for postal workers and was elected to the state executive of the Postal Workers Union and the NSW Trades and Labour Council.

Max believed in good communications between workers. CPA journalist Craig Ryan commented: “For Max, friendliness [was] both a strong personal inclination and a political imperative.” Max himself observed: “As a communist, it is absolutely necessary to be tolerant, sincere and comradely. I tried to be friendly to all who wanted to talk.” Max believed that even “groupers”, members of the rabidly anti-communist “industrial groups” who were active at the height of the Cold War, could be brought to a better position by personal influence, and that workers with opposing points of view “would work together in a friendly way on the job and in bodies like the Welfare Committee”.

When Max retired from paid employment in 1980, he commenced working for the Socialist Party of Australia (now CPA), and he was still active in Party work until approximately ten years ago. Max always maintained an intense interest in Party activities, and when comrades came to visit, he would always ask them about the Party.

Caring for veteran comrades is important Party work, and until he died last year, a group of Max’s comrades and friends would visit him and talk with him about the Party. Connie Villano, one of Max’s comrades, has written her impressions of those visits as follows:

“Maria and I started visiting Max when we were told that a well-respected comrade was living in a nursing home south of Wollongong. We started visiting him over the years, and we would catch the train to the nursing home where he lived. Initially, we didn’t know him very well but over time that changed. A special rapport and friendship developed between Max and us. It was beautiful. Every time he would welcome us with open arms. We were always made to feel welcome. We all loved the social contact, and we all thrived on it. Every visit was filled with great conversation.

“Max had a lifelong interest in politics and in the Communist Party. In his younger days, he used to travel around the state, selling the Party paper and talking about politics to people in the country towns. His interest in politics never waned. Even in his later years in the nursing home, he was keen to know who the current president of the Party was and things such as when the next Party Congress was on. He liked to receive the Guardian at the nursing home. On our visits to see Max, Donna McLaren’s name came up frequently in conversations. Max had a great friendship with Donna and always spoke highly of her. We felt he had the utmost respect and admiration for comrade Donna.

“On one visit, Max showed us a small souvenir of the Kremlin, the Soviet version of Parliament House. He travelled in the Soviet Union and told us that going there was one of the best things he had ever done. Having served in the Australian Air Force during World War II, he liked old aeroplanes from the War, and he had pictures of historic aircraft in his room. He enjoyed talking about old aeroplanes to others who were interested in the history of aviation. Our friendship with Max enriched our lives, and it was a great honour knowing him.”

The CPA and CPA NSW State Committee were saddened to hear of his passing. The Party extends its condolences to Max’s family.