While the Prime Minister was talking trade deals with the European Commission, who should pop up but Simon Crean, former ACTU President and erstwhile leader of the Labor Party. He’s in Europe with the European Australian Business Council promoting the corporate interests of mining, agriculture, energy, and defence. The conflict in Ukraine is seen by the members of Crean’s Council as a big opportunity, in particular energy. As Crean put it: “It’s not only because of the reset that Labor’s victory has created. It’s the Ukraine crisis. They are genuinely looking to Australia [for energy].” The spoils of war; the ruin of the one is a profit bonanza for the other.

Back in NATO’s war room in Madrid, imperialism’s strike force pronounced China to be a threat to “our interests, security and values,” a statement applauded by Anthony Albanese who, as happened was the subject of a China Daily editorial, which noted, “From deliberately playing up and smearing China’s normal security cooperation with the Solomon Islands, to eagerly jumping on the US bandwagon, drumming up support for its containment policy against China, the current Australian government has displayed no signs of changing the course set by its predecessor.” It is fortuitous that Simon Crean was on the scene. He was part of Labor’s class collaboration policies as practiced by the Hawke-Keating government, which saw wages fall and profits soar. Now he’s in on the biggy – the collaboration between the Albanese government and the fascist grouping under NATO. As I write Albanese is in Ukraine promising the West’s dancing man, Volodymyr Zelensky, $100 million in weaponry toward Ukraine hosting NATO nuclear missiles: This is, after all, not about saving Ukraine but about regime change in Russia.

Back home, the funding-racked aged care system was taking a hit, the federal health department announcing that aged care funding will go up a mere 1.7 per cent, a cut in real terms. The Aged Care Providers Association said many providers were stretched beyond their financial and organisational limits and called the 1.7 per cent a cut to funding. “We are deeply concerned that the aged care crisis will continue to worsen without urgent action to adequately cover the costs of care and well-deserved pay increases for hard working staff,” said the Association.

PARASITE OF THE WEEK: The ACTU says the decision by the Albanese government to axe the Pandemic Leave Disaster Payment will mean a return to the earliest and most costly mistakes of the pandemic, with frontline healthcare workers and thousands of others forced to make impossible choices between obeying isolation rules and paying their bills. The decision will result in workers working while they are sick, which we have known since the first days of the pandemic is a certain way to more rapidly spread the virus and put more people at risk. 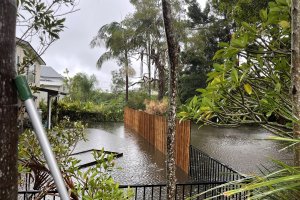