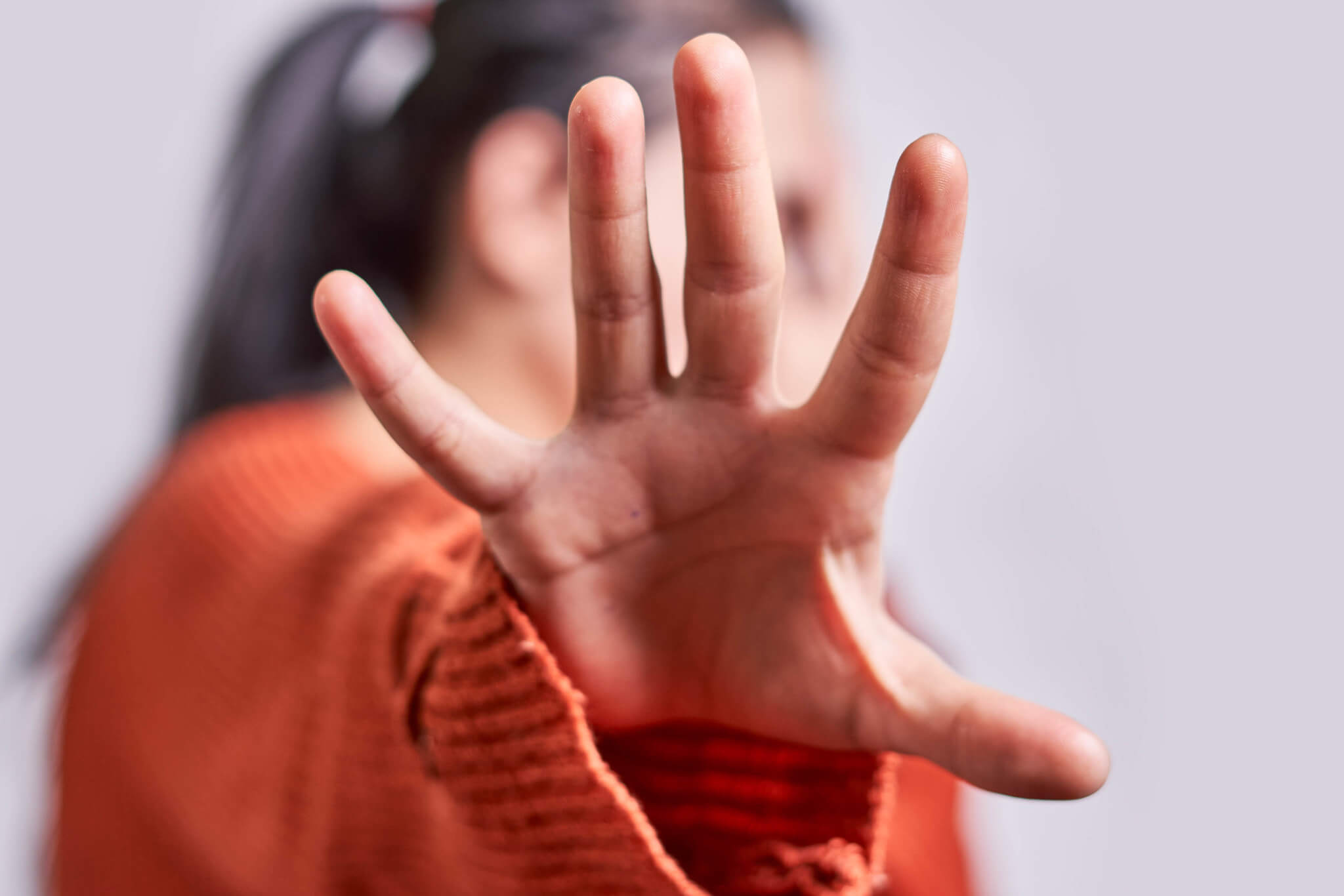 At least one child is killed by a parent every month; one woman is murdered every week by a partner or former partner; another hospitalised every three hours. These statistics are now well publicised, but a recently published study reveals the shocking extent of domestic violence suffered by women who are now single mothers. The women were faced with a choice of violence or poverty.

The study found that sixty per cent of women who are now single mothers with kids under eighteen experienced violence (physical and/or sexual) from a previous partner – 185,700 women with children. That was in 2016. Other research shows that domestic and family violence (DFV) increased during COVID-19 lockdowns.

The study, The Choice: Violence or Poverty, by well-known feminist, researcher, and author Professor Ann Summers points to the need for urgent support for single mothers facing extreme financial hardship escaping violence. Summers undertook the research at UTS on a Ramsay Foundation Fellowship.

Summers based her research on an unpublished, customised dataset drawn from the Australian Bureau of Statistics’ Personal Safety Survey (PSS) in 2016. The data covers women in single parent families with all children in the household aged under eighteen.

“Rather than continuing to look through all the familiar lenses, rehashing all the known data, and continuing to reinforce our existing findings and convictions, I thought it was necessary to seek a fresh perspective. This might, I hoped, yield new knowledge which can, in turn, suggest new ways of tackling our twin objectives: reducing domestic violence, and providing better support for the women who escape it,” Summers says. Hence the focus on single mothers.

The study found that 1.6 million Australian women aged eighteen or over had experienced partner violence since the age of fifteen. That equates to 17.3 per cent of all women or 40.3 per cent of women who previously had a partner.

“[…] for seventy-five per cent of these women, their former partner’s assaults, threats, or controlling or emotionally harmful behaviour were the main reason the relationship ended. In other words, these now single mothers left because of the violence,” Summers reports.

Summers points out: “We take note of deaths due to domestic violence. We count dead women, but we have overlooked other consequences of the violence. We do not count the physical and emotional injuries, the hospitalisations, the permanent disabilities resulting from domestic violence, the often-lifelong injuries to mental health or psychological well-being. And we have not taken into the account the most frequent, and the most obvious, consequence of all: that if women who have children leave violent relationships they become single mothers – and all that results from that.

“We ignore the fact that these single mothers include Aboriginal or Torres Strait Islander, LGBTQI, cultural and linguistically diverse backgrounds and women from rural or remote areas. And that not only are there often tough economic consequences, health risks and other problematic outcomes for single mothers who have left violent relationships, but single mothers are themselves often at risk of continuing to endure violence – especially from previous partners.”

The PSS data does not include disability status at the time of experiencing the violence, so it was not possible to identify whether disability is a risk factor or an outcome of physical and/or sexual violence.

The report goes into detail of the lives of these women and the health and other consequences for them and their children.

“We know that being exposed to violence against one’s parents, especially one’s mother, as a child increases the likelihood of growing up to be either a victim or a perpetrator of violence.” This is confirmed by the finding that one third of the single mothers had witnessed domestic violence when they were kids.

Just over half of the single mothers said the violence was seen or heard by their children – that is about 88,600 women. Children also pick up on tension, anxiety and physical signs of DFV in a household.

Each statistic is a human being, living all too often in the most tragic and tenuous of circumstances.

A quarter of those wanting to leave their partners felt unable to do so and gave the main reason as lack of money or financial support.

Half of the women who left their partners rely on government payments as their main source of income. This means that they are forced to live in “policy-induced poverty.”

“Rather than providing security or even much of a safety net for single mothers, the system creates, and then perpetuates, poverty and disadvantage,” Summers says. “This in turn makes women more vulnerable to domestic violence, and also puts their children in a physically and developmentally dangerous situation with repercussions for the rest of their lives.”

Summers outlines the decades of punitive cuts to payments for single mothers and their children. These date back to the Howard Coalition government in 2006 which introduced the Welfare to Work scheme that removed mothers from the Parenting Payment Single (PPS) when their youngest child turned eight, forcing them onto the much lower-paid NewStart (now called JobSeeker) allowance for the unemployed. The gap between the PPS and JobSeeker and other government payments (eg age pension) has widened since then.

Labor changed the method of indexing JobSeeker resulting in a further widening of the gap. As a result, many single parents and their children are expected to survive on an amount well below the poverty line.

“All this means that thousands of women and children who have escaped from violent families have been forced by the government to live in policy-induced poverty,” Summers notes.

The ABS data shows that of the 168,000 single mothers who experienced violence while living with their most recently violent previous partner, 92,600 (fifty-five per cent) had temporarily separated on one or more occasions. More than one third of them returned to a violent partner because they had no money or nowhere else to go.

Other reasons for returning included a promise to stop assaults, wanting to work things out, concern for children’s safety, concern for own safety.

On leaving their violent partner, almost twelve per cent (5,000) women reported they had slept rough (eg on the street, in a car, in a tent, or squatted in an abandoned building).

“The period immediately after leaving a violent relationship can be the most dangerous time for a woman and her children. This period – and it can last a year or longer – is when they may face increases in violence, sometimes experiencing physical violence for the first time, and – tragically – the risk of being murdered.”

Apart from facing poverty, fleeing brings new hurdles such as how to escape a controlling relationship, where to flee, where to seek legal advice, financial assistance, or emergency accommodation, possibly looking for a new school, and so on. As a result, faced with the choice of poverty or remaining in a violent situation many women decide to avoid poverty at a high risk to their own safety and mental health.

Many of the services women could draw on had their funding cut by the Abbott/Turnbull/Morrison governments. Like the Howard government, the recently-departed Coalition not only saw single mothers as an area of cost-cutting, but also had misogynistic and backward religious motives behind their actions – “love, honour and obey you and serve” your husband and “until death do us part” (bride’s vows).

Capitalism has historically treated women as men’s chattels and men as the breadwinner. In 1912 women’s minimum wage was set at fifty-four per cent of a male’s wage. Since then, there have been great leaps forward through the struggles of the women’s movement and the trade unions but equal pay for work of equal value continues to be elusive.

“Domestic violence can be physically brutal or more hidden in its various non-physical forms. It is usually inflicted on someone the perpetrator claims to love. The violence is essentially about exerting power over and controlling the victim. It is not gender-specified, but the overwhelming majority of perpetrators are men, and their victims are women,” (Guardian, Workers’ Weekly, #1952, “Domestic violence and its systemic perpetration”)

One of the most insidious, sometimes less visible forms is emotional and coercive control where the partner uses a range of methods to terrorise a woman and in many cases her children.

Coercive control revealed in the study covered the following behaviour by former partners:

Coercive control can have long-term mental impacts, result in loss of self-confidence and self-belief and affect the mental health and development of children.

The report’s recommendations include:

On 16th May 2022, the Fair Work Commission (FWC) handed down an in principal decision to grant full-time and part-time workers covered by industry awards ten days’ paid family and domestic violence (FDV) leave per annum. This historic decision is the result of a case taken to the FWC by the Australian Council of Trade Unions. Prior to that there was an entitlement of only five days unpaid leave.

The details of the decision are still to be finalised. The decision does not cover workers employed on a casual basis or as contractors. It will cover more than two million workers. The FWC pointed out that ten days’ paid leave is a trend in enterprise agreements.

Prior to the elections Labor promised it would legislate for ten days’ paid FDV to be added to the National Employment Standards (NES). The NES already contains other minimum leave entitlements for workers.

Labor has also made a commitment to properly fund frontline services and create a national definition of domestic violence to include coercive control.

The report concludes with the words: “Women are leaving violence and reclaiming their lives. We need to acknowledge and honour those who choose to leave and help them in any way we can as they move towards hope and happiness.”