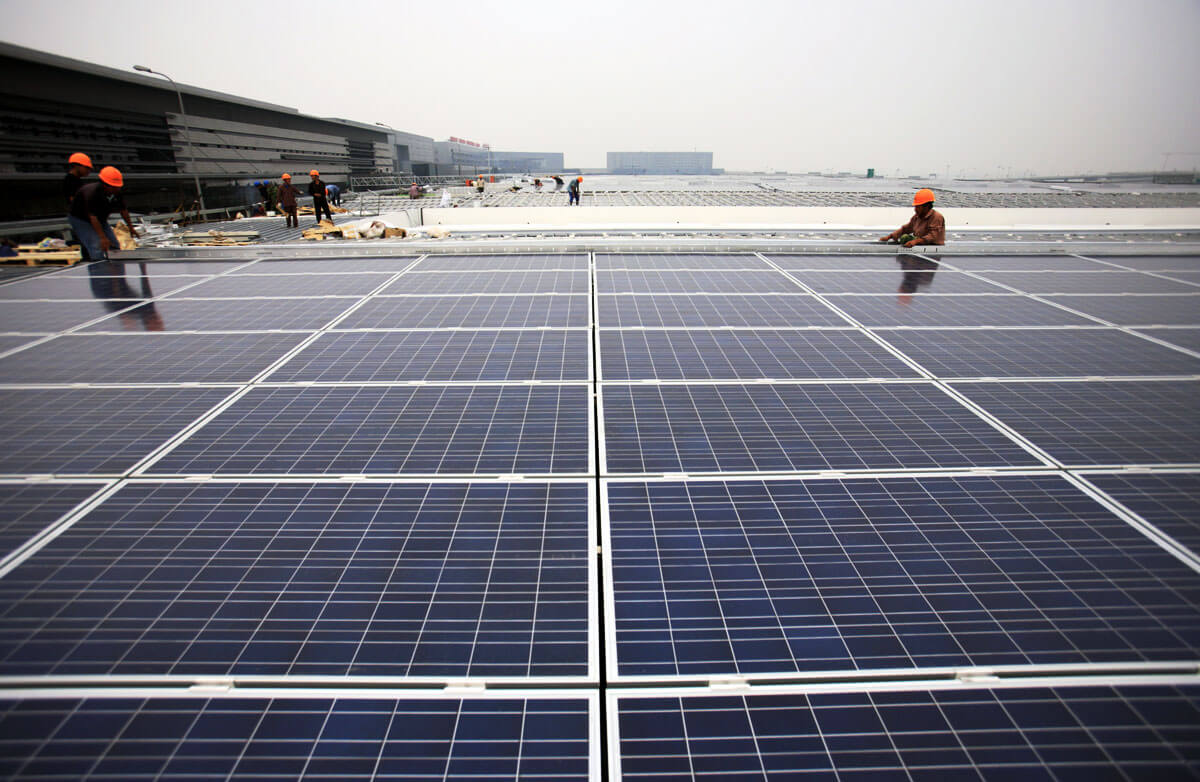 With a new Labor government, Australia finally has some concrete plans for climate action (see in this issue Climate Wars).

Climate change was a major issue in the last federal election, and the Coalition haemorrhaged several seats because of its lack of response and inactivity. As a result, you would think the Coalition would use the next parliamentary term for reflection and start developing a serious climate action agenda.

“The latest [nuclear] technology provides zero emissions, it’s a cheap technology. The nonsense that Chris Bowen is carrying on with about nuclear being expensive compared to wind and solar – it’s a nonsense argument. […]

The Coalition will show Australians that we are prepared to undertake this honest and informed debate, which has alluded our country for too long.

“The fact we can’t have a discussion about nuclear in our country in the 21st century when France is investing more into nuclear, when the United Kingdom is, when Germany is, when Italy is, China, Asia – it’s nonsense.”

Are these claims by Dutton true? Let’s look at the facts:

CLAIM 1: Nuclear being expensive compared to wind and solar is “nonsense.”

On top of this, we are experiencing a climate emergency. Therefore, in addition to the above financial costs, the time costs to build energy solutions must also be factored. Here, nuclear energy also fails. According to the same report, “new nuclear plants take 5–17 years to build than utility-scale solar or onshore wind power, so existing fossil-fueled plants emit far more CO2 while awaiting substitution by the nuclear option. Stabilising the climate is urgent, nuclear power is slow” (emphasis ours).

Furthermore, there are severe health and environmental risks with uranium mining, a mineral needed for nuclear energy. According to the peer-reviewed journal Canadian Family Physician, uranium has the “potential to cause a spectrum of adverse health effects ranging from renal failure and diminished bone growth to damage to the DNA.” These health problems are a reality for Aboriginal people living near the Ranger uranium mine. During the forty years of operation, the region has seen stillborn rates double those of other Aboriginal communities living elsewhere near the Top End, with cancer rates almost fifty per cent higher (The Conversation).

The outcomes on the environment are just as bad. Gavin Mudd, Associate Professor of Environmental Engineering at RMIT University, stated that in his twenty-four years of experience, he has not seen – among “Australia’s eleven major uranium mines or numerous small sites” – a successful case study of mine rehabilitation, the process by which sites are made safe and stable after mining is complete. As a result, sites like the Rum Jungle Mine “left a toxic legacy of acidic and radioactive drainage and a biologically dead Finniss River” (The Conversation).

With these kinds of costs is the expense of nuclear energy really “nonsense”?

CLAIM 2: Coalition is prepared to undertake an honest and informed debate.

FALSE. The Coalition had almost a decade to address climate change, and what did it do? Worse than nothing, it actively engaged in climate change denialism. Many of the same politicians who were leading the Coalition when it was in government are leading it in opposition – what has been their record?

Let’s start with Dutton, who, in 2015, in what he thought was a private moment, joked about the climate crisis facing the Pacific Islands. Noting that a meeting was running long he quipped that it was running on “Cape York time,” adding that “time doesn’t mean anything when you’re about to have water lapping at your door.” It was not until this year – a whole seven years later – that Dutton acknowledged the “joke” was in “poor taste,” conveniently after he was elected opposition leader.

Shadow Minister for Environment, Fisheries and Forestry Jonathon Duniam also doesn’t have the best record when it comes to issues affecting his portfolio. In 2019, when Australia was experiencing some of its worse bushfires, Duniam voted against declaring the situation a climate emergency. Last year, he voted in favour of extending the Acland mine for another fourteen years.

This is to say nothing about Shadow Minister for Climate Change and Energy Ted O’Brien who, in 2016, voted in favour of reducing funding to the Australian Renewable Energy Agency, discontinuing its practice of providing grants for renewable energy research and development. He just stated that “legislating targets hands control over major infrastructure projects to green activists”.

The reality is the Coalition hasn’t been honest about climate change for years. If its prepared to engage in an “honest and informed debate” it needs to start acknowledging the realities of climate change. Voting against a basic climate target signs that the Coalition isn’t ready for such discussions.

CLAIM 3: Many countries are investing more in nuclear energy.

PARTIALLY TRUE. China is investing in nuclear energy, as is the United Kingdom, and France. However, according to Politico, Germany intends to continue phasing out nuclear energy by the end of this year. By virtue of a 2011 referendum, Italy voted overwhelmingly in favour of rejecting nuclear power (ninety-four per cent), with no new projects on the horizon.

That said, despite pursuing nuclear energy, China is still developing renewable energy projects. In fact, according to the International Energy Agency, “China is now the undisputable global leader of renewable energy expansion worldwide,” and more than one-third of solar and onshore wind capacity is located in China.

With France, known for its heavy use of nuclear energy, the future doesn’t look so bright. According to the WNISR 2021:

“The impact of a changing climate on the operation of nuclear power plants is evident. Nuclear power reactors are vulnerable to an array of direct and indirect climate-linked disruptions. This vulnerability is expected to become more pronounced as the frequency and intensity of extreme weather events such as heatwaves, droughts, and severe storms increase because of climate change.

“In France, so far, weather-related disruptions on the nuclear fleet have usually remained mild, with production loss over the past six years representing <0.5 per cent of total. However, short-term impact can reach several per cent over several weeks and the capacity loss has reached up to ten per cent of the installed nuclear capacity. It is also worth noting that some past events caused a drop in availability large enough to have an impact on the electricity market and, in rare occasions, nuclear safety was at stake” (emphasis ours).

Based on the above, does anyone think France should be a model for nuclear energy infrastructure?

Dutton’s use of argumentum ad populum – or “appeal to popularity” fallacy – leaves a lot to be desired. While some countries are investing more in nuclear energy, that is not a reason for Australia to invest in this technology.

It’s time for Dutton and the Coalition to stop playing games. Renewable energies are clearly the leading alternative to fossil fuels. The kinds of “honest and informed” debates about how we develop a renewables sector acknowledge the urgency of climate change as the motivating factor for this new direction. By suggesting nuclear energy as an alternative, the Coalition is unwilling to accept the urgency for climate action.