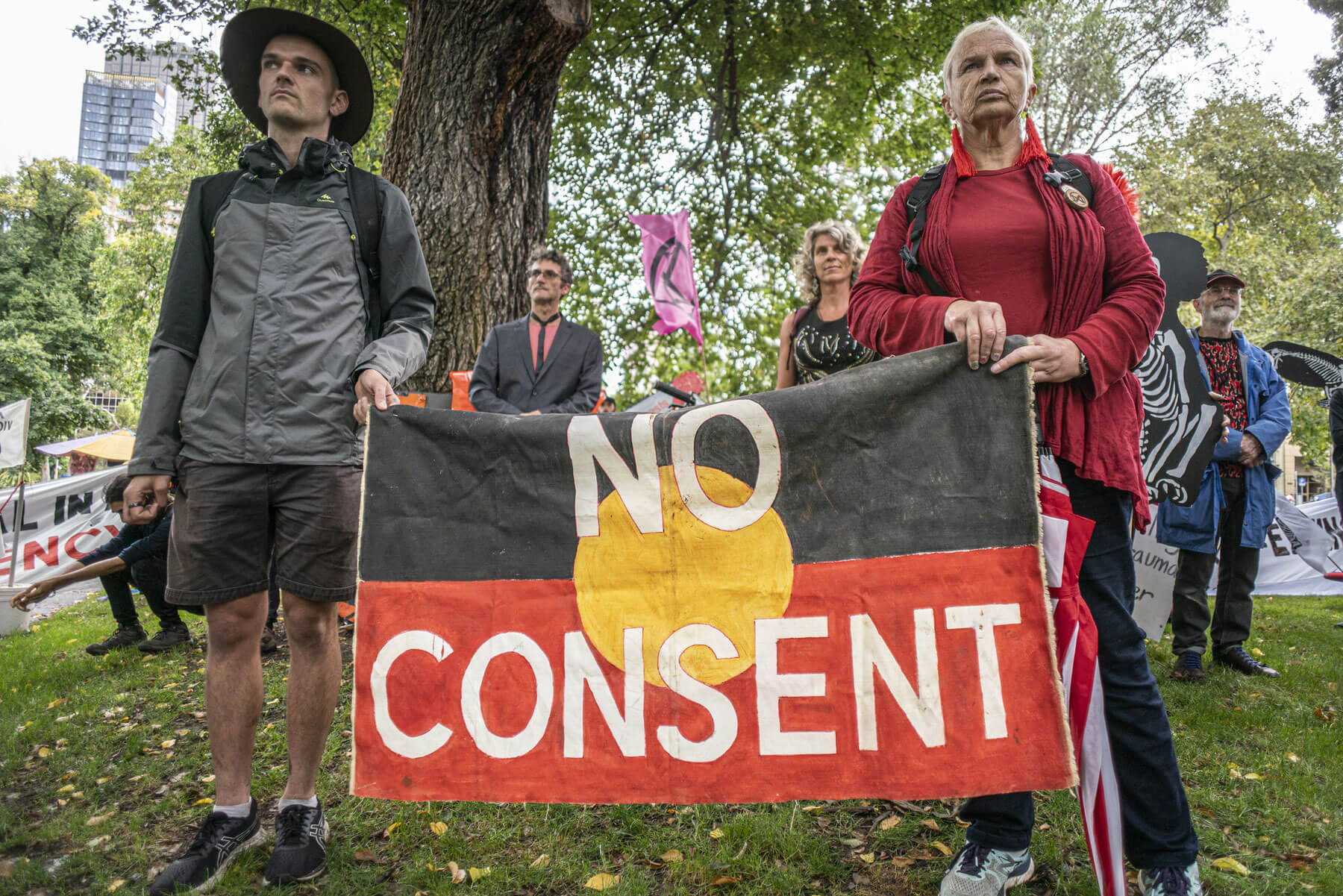 Daniel Andrews’ Victorian Labor government has once again proven its deep commitment and thoughtful approach to environmental sustainability by pushing a bill through parliament that nearly doubles the fines and jail sentences protestors can receive at logging sites.

The ironic name of this law is the Sustainable Forests Timber Amendment (Timber Harvesting Safety Zones) Bill 2022. The Labor and Coalition government made for cozy bedfellows in getting it passed. Under this law would see protesters who “illegally” enter timber harvesting zones to disrupt workers face twelve months jail time or $21,000 in fines. The Andrews government pledged back in 2030 to end logging in Victoria’s native forests, so perhaps they’re just trying to let the industry go gangbusters, just to temporarily quell the discontent, before shutting it down?

It is undeniable that logging is an important industry for a lot of towns and workers, as pointed out by CFMEU National Secretary Michael O’Connor in 2019. It’s a fine balancing act, you can’t just pull the rug out from an entire industry, leaving an enormous number of workers to fend for themselves in an already precarious job market. But on the other hand, real advances need to be made to address climate change, and protect native forests. Hence there is an imperative for a just transition scheme. But the state government has fallen off the tightrope in this balancing act: they’ve reduced the previously promised amount for a transition scheme from $500 million to $150 million. Thus both workers and the environment suffer. How’s that for a spectacle?

A letter to the Andrews government, signed by the United Workers Union (UWU), the Victorian branch of the Maritime Union of Australia (MUA), the Australian Service Union’s (ASU) Victorian private sector branch and its Victorian and Tasmanian authorities and services branch, stated:

“Already Australia has some of the most restrictive laws around industrial action in the world. In the context of a climate crisis, the right to protest must be advanced not diminished.”

A timely reminder that if you give an inch, they’ll take a mile. Even through the fog of the COVID-19 lockdowns, Victorians ought to clearly recall the Andrews government’s attempts to pull a fast one like this before. Shouting from the rooftops that there’d be a significant easing of lockdown restrictions, to the jubilation of many, in practically the same breath, they muttered that the tree clearing efforts at Djab Wurrung would recommence to make way for a road.

Noble intentions don’t count for much without action. The Andrews government’s alleged progressive move towards environmental concerns seems empty when you look at the fact that they reduced the industry transition fund from $500 million to $150 million. This reveals a very easy alliance between the capitalist class and its bureaucratic representatives in the state, the politicians. The state proclaims its environmentalist intentions by banning foresting, then makes it prohibitively expensive and dangerous to protest the ongoing deforestation. Then in a particularly wicked and ingenious move, gets to paint anti-deforestation protestors as anti-worker, while the capitalist class watches in glee from the sideline. To be truly committed to a “just transition,” the government must commit to consulting with workers, not only with training in a “new” industry but also in the decision-making process of these work sites. The government cannot simply advance technology that only benefits the capitalists; workers need secure work that goes along with it.

It’s easy to use an illusion of progressivism to harm workers, like killing two birds with one stone. If a worker wants to defend their rights they can be labelled as anti-environmentalist, while, at the same time, the state government can maintain the appearance of actually implementing sustainable environmental policy.

It needs to be kept at the front of our minds that just because a Labor government is in power doesn’t mean that we can let our guard down. Regardless of who’s running the joint, at a state or federal level, Labor or Liberal, the State is ultimately the servant of one master, Capital.