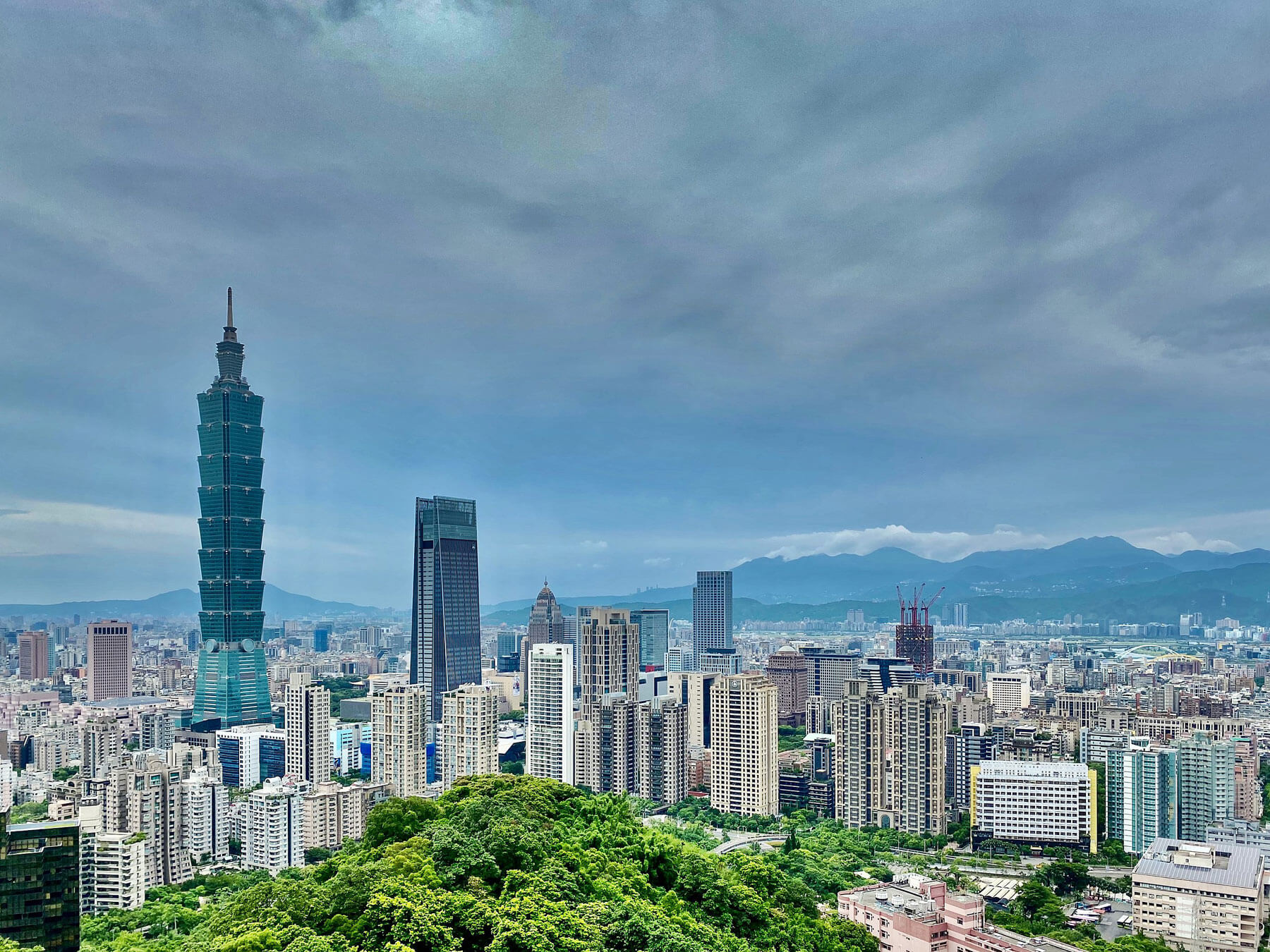 The Taiwan question remains unresolved to this day. To understand why the island of Taiwan is so important for the mainland, we need to understand some history, the meaning of Taiwan Island being China’s “internal affair,” the gradual development and deepening of ties across the Taiwan Straight, and how it can be resolved.

HISTORY OF THE ISLAND OF TAIWAN

From the third to the seventh centuries, more and more people from the mainland settled on the island. By the time of the Yuan Dynasty (1206-1368), administrative posts were established on the island. In 1885, the Qing Dynasty fully integrated the island as a province of China.

This was not before the Dutch, at the dawn of European colonialism, occupied the island in 1624. After bitter struggles, the Chinese were able to expel the Dutch in 1662. The leader of the Chinese forces was Zheng Chenggong, who is regarded as a national hero in China.

Next came the Japanese, who defeated a much-weakened Qing Empire in the Sino-Japanese War of 1894-1895. In one of many unequal treaties enforced upon China during the “century of humiliation,” Japan forced China to hand over Taiwan island and the Penghu islands (in the Taiwan Straight). They remained Japanese colonies until the defeat of Japan in the Anti-Japanese War of Resistance, from 1937 to 1945. All of the occupied and colonised territories seized by Japan since the nineteenth century were returned, including the island of Taiwan.

INVASIONS OF THE MAINLAND LAUNCHED FROM TAIWAN ISLAND

Due to its strategic importance, the island of Taiwan has been used as a base and launching point for invasions of the mainland.

Already in 1622-1624, the Dutch colonisers used both the island and the Penghu Islands to raid the mainland, trying to gain access to the ports in Fujian Province.

During the period of Japanese occupation (1895-1945), Taiwan island became a crucial base for military incursions onto the mainland. Japanese planes, ships, and troops were based on the island, due to its proximity with the mainland.

The Japanese did so during the infamous attack of the “Eight Nation Alliance.” In 1900, the US, UK (including troops from the Australian colonies), Germany, France, Italy, Austria-Hungary, Imperial Russia, and Japan invaded and captured Beijing. Thousands of priceless artefacts, including irreplaceable manuscripts, were either destroyed or taken away as booty. Buildings were destroyed, indiscriminate slaughter took place, as well as the raping and bayoneting of women and children. This was a precursor to the Japanese “Rape of Nanjing” from December 1937 to January 1938, during which 300,000 Chinese civilians were massacred.

After Japan’s defeat in 1945, Taiwan Island was returned to the mainland. However, only five years later the US stationed its 13th Air Force on the island. This took place on 27th June, 1950 – two days after the outbreak of the Korean War – and the term “unsinkable aircraft carrier” came back into use (it was still used by Deng Xiaoping in the 1980s).

Clearly, China sees any foreign power’s military presence on the island of Taiwan in light of this bitter history of invasion. It has experienced on too many occasions the efforts of capitalist imperialist powers to break up China.

THE MEANING OF TAIWAN ISLAND BEING CHINA’S “INTERNAL AFFAIR”

Many will have heard of the oft-repeated statement that Taiwan Island is China’s “internal affair.” What does this mean?

In a general sense, “internal affair” refers to the simple fact that the mainland exercises what can be called an anti-colonial or anti-hegemonic sovereignty over all of China. Thus, for any other country to meddle in the situation is an infringement of Chinese sovereignty.

There is also a more specific sense: the Taiwan question is an unresolved part of the revolutionary struggle and civil war against the counter-revolution. From 1911 to 1949, the long revolutionary struggle had many twists and turns, resulting eventually in the Liberation of China in 1949 and the founding of the People’s Republic of China. However, some military and political personnel of the reactionary “National Party” (led by Jiang Jieshi, or Chiang Kai-shek) retreated to Taiwan in defeat. Supported by the US, they armed the island and planned to use it as a base for returning to the mainland. This would never come to pass.

It was internationally assumed that Taiwan Island would soon be liberated as well. However, with the outbreak of the Korean War (known in the DPRK as the Great Fatherland Liberation War), the US blocked the Taiwan Strait. The US reneged on post-WW2 agreements and placed the island of Taiwan under its “protection.”

Thus, the revolutionary struggle and civil war are not yet over, and it is in this sense that the Taiwan question is China’s internal affair.

The basis for peaceful reunification is the long-term development of deeper economic, social, and cultural ties. Outsiders are usually not made aware of the fact that since 1979, the two sides have drawn ever closer.

It began with simple acts, such as direct postage and telephone connections. Most of the restrictions had been on the Taiwanese side, but gradually these restrictions were lifted. In the 1980s, journalists from both sides began to travel, report, and set up offices for their news outlets. By the 1990s, flights were operating via Hong Kong, although these became direct in the 2000s. Businesses and banks began to open on either side of the Taiwan Strait, families could visit relatives, and high level talks began.

In the 1990s, the Wang-Koo talks were held, initially in Singapore and then in Shanghai. Wang Daohan and Koo Chen-fu, leaders of the Association for Relations Across the Taiwan Straits (ARATS) and Straits Exchange Foundation (SEF) signed historic agreements for economic and people-to-people exchange. Many practical consultations followed, and the two associations met once again, under new chairs, in 2008 on Taiwan Island.

In November of 2015, Xi Jinping (CPC) and Ma Ying-jeou (Guomindang) met in Singapore. This was the first meeting between the top leaders of the two sides since 1949.

Clearly, there has been a gradual and ever-deeper development of relations as a foundation for reunification – despite US-led efforts to disrupt the process. It is in this light that we should understand the last-ditch effort by the Democratic Progressive Party (DPP) to promote separatism. Since it managed to become the main force of the Taiwanese authorities in 2016, it has tried to disrupt the trend towards reunification.

RESOLUTION OF THE TAIWAN QUESTION

While simple on paper, the resolution of the Taiwan situation has proven immensely difficult. The following are the key points:

In 1972, 1979, and 1982, China and the US signed three communiques, observing that “The United States acknowledges that all Chinese people on both sides of the Taiwan Strait agree that there is but one China and that Taiwan is part of China.” The later communiques also agreed to keep contact with Taiwan Island at an unofficial level and reduce arms sales to the point of abolishing sales altogether. Unfortunately, as the Chinese side – among many others – knows very well, the US cannot be trusted. It may be forced to do so due to declining global influence.

2. The Taiwan question should be resolved by the Chinese people on both sides of the strait. The current unstable situation is the result of an incomplete process of revolutionary struggle and civil war, as well as the ever more desperate measures by imperialist powers to use Taiwan Island as a lever to destabilise the mainland. In order to resolve this problem, it is up to the sole legitimate government of China in Beijing and the Taiwan authorities.

3. Peaceful reunification and one country, two systems. Deng Xiaoping’s innovative and dialectical materialist proposal of “one country, two systems” was developed with Taiwan Island very much in mind. Contrary to the way it is sometimes depicted, the “system” refers to the socialist economic system in China and the capitalist economic system in Taiwan Island. The “one country” refers to China as a whole. The proposal has immense flexibility, so much that initially Taiwan Island would be able to keep its economic, political, and even military structures. This would be a “high degree of autonomy,” but not complete autonomy. And the overwhelming desire among common people on both sides is for eventual peaceful reunification. This was in fact the trend until 2016, with even the Guomindang (National Party) on Taiwan Island coming to see the need and benefits. All that is blocking the way is the rearguard action of the island’s DPP.