The role of the NRA and SIFA 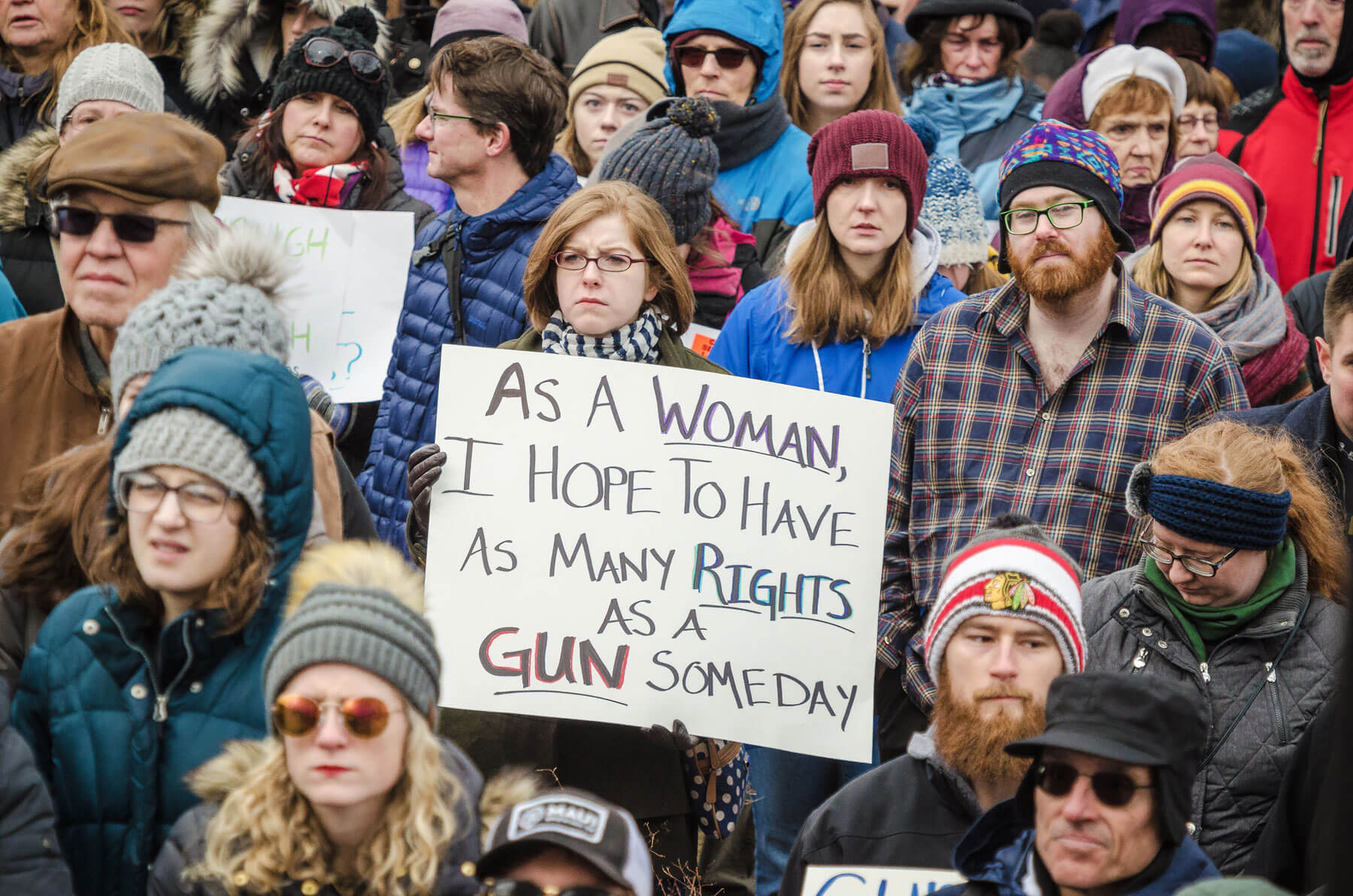 On 24th May 2022 an eighteen-year-old gunman, equipped with an AR-15 style semiautomatic rifle, murdered nineteen students and two teachers at a primary school in Uvalde, Texas. It was the deadliest school shooting in the United States since the Sandy Hook Primary School in Newtown, Connecticut, on 14th December 2012, with twenty children and six adults murdered. Within two weeks Uvalde was followed by another thirteen mass shootings in the USA. During the 4th July Independence Day Parade in Highland Park, Illinois, six people were murdered and more than thirty others injured in a mass shooting. This was just a week after President Joe Biden signed a bipartisan gun reform bill into law, on 25th June. On a single day, 17th July, there were another eight more mass shootings, murdering seven and injuring twenty-nine. It was just another day in the USA. Gun safety advocates, including President Joe Biden and Senate Majority Leader Chuck Schumer, called for new restrictions following the mass shootings, taking on the powerful gun lobby and the gun manufacturers.

The Gun Violence Archive (GVA) and the Congressional Research Service define a mass shooting as an incident in which four or more people are shot and killed, excluding the shooter. By July this year, there have been more than 314 mass shootings, with the death of more than 22,000 people, making it one of the worst years since 2014, when the GVA started collecting reports. In 2021, the GVA recorded 692 mass shootings and reported that 45,010 people had died from gun violence.

According to the Giffords Law Center, guns are now the main cause of death for children under the age of eighteen. The mass shootings of children attracted worldwide attention after the Columbine High School, Colorado massacre on 20th April 1999, in which twelve students and one teacher were murdered. In Michael Moore’s 2002 documentary, Bowling for Columbine, he argues that the US government emphasises fear and uses it to promote capitalism over human lives. He focused attention on the NRA (National Rifle Association), the nation’s biggest gun lobby and a major donor to Congress members, especially Republicans. The NRA and its supporters have no interest in saving lives nor in social justice. In response to the film, mass pro-gun marches demonstrated across the country.

Under the influence of the gun lobby, the media has changed the language being used, referring to the victims as “killed” rather than “murdered.” A killing is an all-encompassing loss of someone who died, either accidentally or intentionally. That is, the victim of a mass shooting is unplanned, it is just someone who happened to be there. A murder is more specific. It is an intentional killing of someone due to a malicious act. In the case of a mass shooting, it is someone holding a gun, with the specific purpose of killing people.

Despite the horrific massacre at Uvalde, the NRA went ahead with its annual convention at the George R Brown Convention Center in Houston, a five-hour drive from the little town. The NRA executive director, Wayne LaPierre, said gun owners “love our nation, love our children and grandchildren. That’s why we will always cherish and protect our fundamental right to defend ourselves and our communities.” In 2021 LaPierre admitted to hiding on a wealthy friend’s yacht, in fear of his life, after the mass outpouring of grief after the Sandy Hook School shootings. He obviously did not trust his guns to protect him.

In support of the NRA, retired law enforcement officer Rick Gammon, said that any efforts to take firearms from Americans are doomed to failure. R Thurman Barnes, the assistant director of Rutgers University’s New Jersey Gun Violence Research Center, and faculty at the Rutgers School of Public Health, said that since we have more guns than people “you’re going to have more gun violence.” Senator Ted Cruz, a Texas Republican, said that communities needed guns: “Taking away guns will not make them safer.” Former US President Donald Trump told a gun convention: “The existence of evil in our world is not a reason to disarm law-abiding citizens”.

Yet according to the statistics, guns have not and never will make the US safer for its citizens. So why do US citizens believe the obvious lie that guns make the country safer? The NRA is the major supporter of lax gun laws and actively promotes the ownership of guns, by lobbying the government and through the media.

In an attempt to diminish the power of the NRA, New York Attorney General, Letitia James, sued the NRA for its stand on gun ownership, aiming to bankrupt and dissolve the organisation. Her office claimed that current and former executives, including LaPierre, used NRA funds for their own personal gain, leading to the group losing more than US$64 million in three years. In January 2021 the NRA filed for bankruptcy and planned to move its operations from New York to Texas. The NRA organisation in January 2021 had US$50 million in assets, and spent US$620,000 on lobbying in the first quarter. In March 2021, a federal judge dismissed the NRA’s bid to seek bankruptcy protection, allowing James’ litigation to continue. In response, the NRA spent a further US$2 million on lobbying Congress and the Biden administration on gun reform bills. The NRA is defended by Brewer, Attorneys & Counselors, which was paid US$23 million in 2020. Despite this filing, the NRA is still very influential with significant cash reserves to lobby and campaign.

The NRA was founded in 1871 by Colonel William C. Church and General George Wingate to “promote and encourage rifle shooting on a scientific basis.” It was also political, forming the Legislative Affairs Division in 1934, following attacks on the Second Amendment of the Constitution. The NRA mailed out legislative facts and analyses to its members, allowing them to take their own actions. The NRA Police Firearms Instructor certification program began in 1960, certifying police and security firearms instructors.

The 1960s saw the rise of the Black Panthers, which had grown out of the Civil Rights Movement and the appalling way that police officers treated Black people in the USA. Huey P Newton, Bobby Seale and other Panthers patrolled Oakland, California. When the police harassed African Americans the Black Panthers would stop, get out with their semiautomatic rifles and recite the proper laws for those being harassed. When the police challenged the Panthers for carrying guns in public, they cited the laws protecting all individuals for gun ownership and that if any effort was made to disarm them, the Panthers would defend themselves and the community. The NRA retaliated with the message that Whites had to arm themselves for protection. In 1975, it formed the Institute for Legislative Action (ILA). Gun ownership in the US has more to do with racism than just self-protection.

According to a report by OpenSecrets, gun rights groups spent US$15.8 million in 2021 on lobbying compared to US$2.9 million in 2020, setting a new record. In the first quarter of 2022, gun rights groups spent US$2 million compared to US$609,000 by the gun control groups. With such a direct influence on how people consider gun violence, it raises the question, if the NRA has been culpable of soliciting acts of violence? If so, then should the NRA be held responsible for mass shootings? Under US Code § 373 (a) Solicitation to commit a crime of violence:

“Whoever, with intent that another person engage in conduct constituting a felony that has as an element the use, attempted use, or threatened use of physical force against property or against the person of another in violation of the laws of the United States.”

Few Australians realise how powerful and politically active the gun lobby is in our country. After the Port Arthur massacre on 28th April 1996, when thirty-five people died and eighteen injured, Australia enacted tougher new gun laws under John Howard. This included a general ban on the use of semiautomatic rifles, shotguns and pump-action shotguns. This massacre was not an isolated incident for in the 1980s there had been nine mass shootings, with forty-five dead. Since the new laws were enforced, there has only been one mass shooting in Australia. Ever since 1996 Australians have been supportive of tougher laws. In polling published last year, Essential Research found that only seven per cent of Australians thought our gun laws were too strict, compared to sixty-two per cent who felt they were “about right,” and a further quarter who believed that the legislation is still too weak.

The report highlights the activities of the Shooting Industry Foundation of Australia (SIFA), the peak body for Australia’s five largest firearms suppliers. SIFA spends “roughly the same amount of money” per person on political campaigning as the NRA. SIFA spends an annual average of $30,120 per million Australians, compared to the NRA’s $28,106 per million Americans.

SIFA ran major ad campaigns ahead of the 2017 Queensland state election and the Victorian election in 2018. The Australia Institute identified that since 2011 the gun lobby donated US$1.7 million to Australian political parties. The main beneficiaries were Katter’s Australian Party, with over $800,000, and the Shooters, Fishers and Farmers Party, with almost $700,000. One Nation received less than $10,000. The major political parties also received gun lobby largesse. The Liberal Party, Liberal Democrats, Nationals and Labor and each received tens of thousands of dollars in donations annually.

While the Labor Party, Liberal Party and the Greens reject donations from tobacco companies, they do accept donations from firearms suppliers and dealers, which arguably, may also have a deadly impact on the population. The major donors include NIOA – which represents more than fifty suppliers including Federal and CCI ammunition, Ruger, Anschutz, Leupold, Bushnell, Colt, and Glock – plus the Sporting Shooters Association of Australia and the Federation of Hunting Clubs.

For twenty years SIFA resisted the introduction of a National Firearms Management System, despite government promises made in 1996 and 2017. The Federal Police plead for a proper national firearms database, which successive Australian governments had failed to implement. It had been first recommended after the Queen Street and Hoddle Street mass shootings in Victoria, which led to the establishment of the National Committee on Violence in 1987.

Since each Australian jurisdiction maintained its own register of firearms, it created inconsistent data holdings and gun classifications. In response, the Australian Criminal Intelligence Commission (ACIC) hosts the National Firearm Identification Database (NFID) and several other firearm related systems, which support the management of firearms across Australia. The NFID allows uniform firearm registry data collection to be uploaded to the Australian Firearm Information Network for use by law enforcement across the country. Even so, the gun lobby remains powerful, continuing to influence political parties and the public across Australia for the benefit of gun manufacturers.