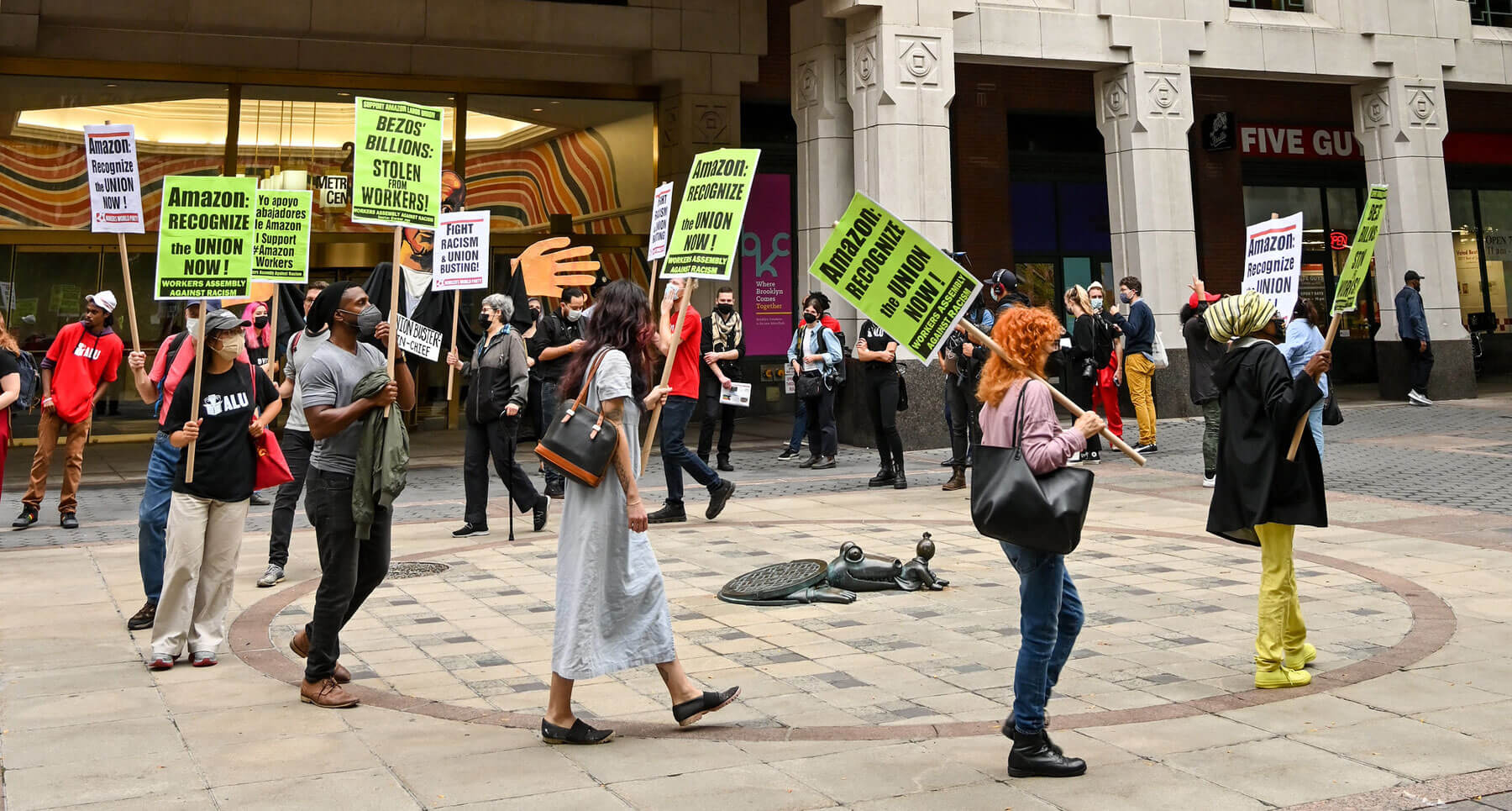 Amazon, the world’s largest online retailer, has announced plans to roll out free one-day delivery for hundreds of thousands of products in Melbourne and Sydney in a bid to attract customers. This comes after a pandemic-led surge in revenue to $1.75 billion in 2021, with almost thirty per cent of Australian households now having Amazon Prime memberships. While fast and affordable shipping is convenient, Amazon’s business model is built a foundation of extreme exploitation. Workers are underpaid, with insecure employment, draconian working conditions, and extreme union busting. As a large and growing international company with deep pockets and influence, Amazon has the power to decrease pay and conditions all throughout the industry in a race to the bottom. We need to build a labour movement strong enough to take on these giants and win the rights that we deserve.

In Australia, Amazon has called police to remove union officials and sacked workers immediately after joining their union. Leaked documents have shown extreme surveillance of global Amazon workers, including hiring detectives to work in warehouses and monitor workers, as well as monitor their social media for pro-union sentiments.

Amazon is more than an online retailer. It’s a mega-corporation using a low-cost, gig-economy supply chain to bypass collective wage bargaining. It has the power to drag down standards and conditions throughout the industry.

Warehouse staff have unrealistic performance indicators that they are expected to work at “Amazon pace” to meet, described as somewhere between walking and jogging. Amazon practices “abusive supervision” to create constant anxiety among staff, with management almost immediately approaching workers when pick rates are not met. Up to 100 per cent of workers are employed as casual labour hire, with Amazon routinely sacking workers deemed not to be meeting standards.

This leads to shortcuts on safety and widespread fear of taking bathroom breaks. Similar expectations and conditions exist in Amazon’s delivery service, the gig-economy giant Amazon Flex. However, aside from some “cult-like” quirks that amount to “drilling ideology into you every day” to “try and brainwash you” and the severity and sophistication of Amazon’s exploitation, these are all common problems experienced by workers all throughout our industries.

Importantly, workers have shown that Amazon can be brought to heel. Amazon Flex was forced to significantly increase rates of pay, as well as concede rights to dispute resolution, union representation, and collective bargaining for owner-drivers of vans after a successful campaign from the Transport Workers Union (TWU). Although unsafe working conditions and severe exploitation continue, wins like this and the recent success of the Amazon Labor Union in the US prove what large companies like Amazon fear most: that organised workers struggling collectively can beat them and win the rights and conditions we deserve.