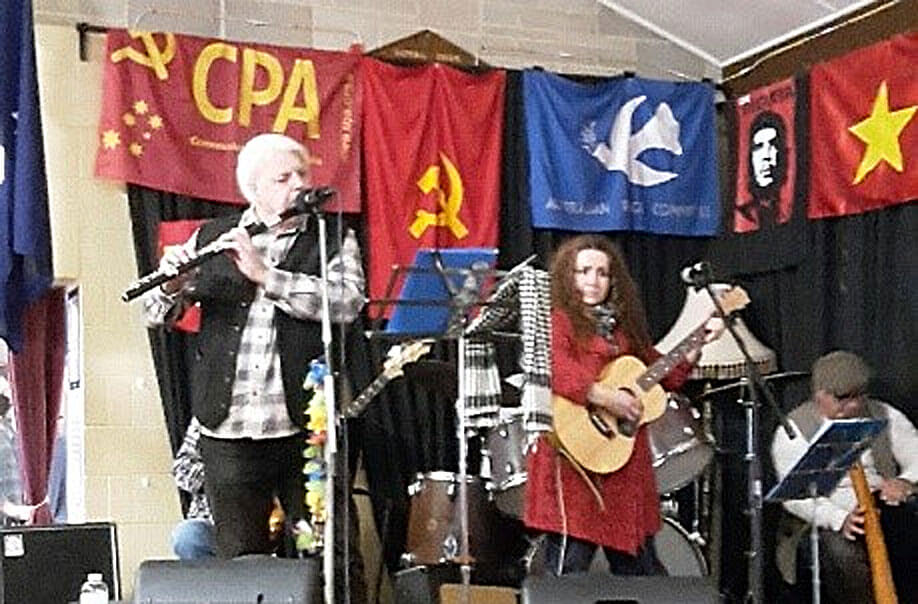 A combined celebration of the Cuban Revolution and Fidel’s birth, ninety-six years ago, after the horrific events of 5th August virtually became a plea for help for the people of Matanzas Province who have been battling a disastrous oil terminal fire, the consequence of a lightning strike.

Help was rushed from Mexico and Venezuela – nothing from the US. Remember though, Cuba’s offers of assistance during Cyclone Katrina’s devastation of New Orleans, where many African American suburbs were in desperate but unmet need! Australia Cuba Friendship Society branches across Australia have rallied to assist Cuba in recovering from a calamity that could hardly have come at a worse time, considering the direct attack on the Cuban people not only through the on-going illegal and vindictive US economic and commercial blockade of the island nation, but the additional privations caused by the COVID pandemic, as well.

A Zoom meeting with the Cuban Ambassador, Ariel Lorenzo in Canberra, proved to be the highlight of the evening. Against international law, as the Ambassador explained, the US was attempting to prevent other nations from having financial links with Cuba, in conjunction with blocking fuel supplies.

Cuban President Miguel Diaz declared a period of official mourning for the fire-fighters who lost their lives saving others in the tragedy.

Informing us that Cuba’s two main commercial sectors, mining and bio-technology, were functioning productively at the present, the ambassador confirmed Australia’s continued involvement in the Cuban economy despite the insidious operation of the US instigated blockade. Currently, the University of Queensland is trialling a Cuban developed vaccine, while several Cuban drugs are being tested prior to production in Australia.

With reference to the outstanding Cuban “Yes I can” adult literacy program, the ambassador explained that the courses have been achieving high retention rates and valuable outcomes for Aboriginal communities in New South Wales and more recently the Northern Territory, for instance at Tennant Creek, since 2012. Three Cuban education advisors have been retained in Australia to help facilitate the “Literacy for Life” program. The ambassador expressed deep appreciation of at least 30 years of Australian solidarity with Cuba, as well as being proud of Cubans being able to help Aboriginal communities in more remote parts of Australia.

During questions, the ambassador was asked how we best could help the people in Matanzas. He explained that distance really made sending medical supplies impossible but indicated that may possibly be ways of sending money! At the same time, an Italian comrade revealed that Cuban doctors sent to Calabria had prevented hospitals there from being closed. In responding, the ambassador proclaimed that Cuba sent doctors often to Latin America and Africa, and now even to Europe – Cuba sends doctors, not weapons! The audience response – “Cuba si, Yanki no!”

Immediately, ACFS South Australian president, Juan Garrido, reminded everyone how Cuba gives so much to the world, which gained the response, “Hasta la vittoria siempre!” Finally, “Happy birthday” was sung to Fidel, with ambassador Ariel joining with compañeros prior to cutting the cake.

Earlier in the evening, in a short ceremony, CPA South Australia president, Comrade Michael Perth, received for safe keeping a photograph of the ICAP sixty year anniversary award that was presented to ACFS by the Cuban Ambassador back in May. In his comments, Comrade Michael recalled an Irish boy who acquired a book from Cuba that was written in Spanish. So the young lad wrote Fidel suggesting the possibility that such books should be written in English as well, not expecting any reply. But, eventually, a reply did come and from Fidel personally welcoming the boy’s suggestion. As Comrade Michael explained, this gesture revealed much about Fidel as a man. Appropriately, the celebration was at Fidel’s Bar, a meeting place that has become a peace and solidarity centre for comrades in Adelaide!

Great camaraderie marked the festivities that yielded a magnanimous $1000 in support for our Cuban compañeros in their hour of urgent need!