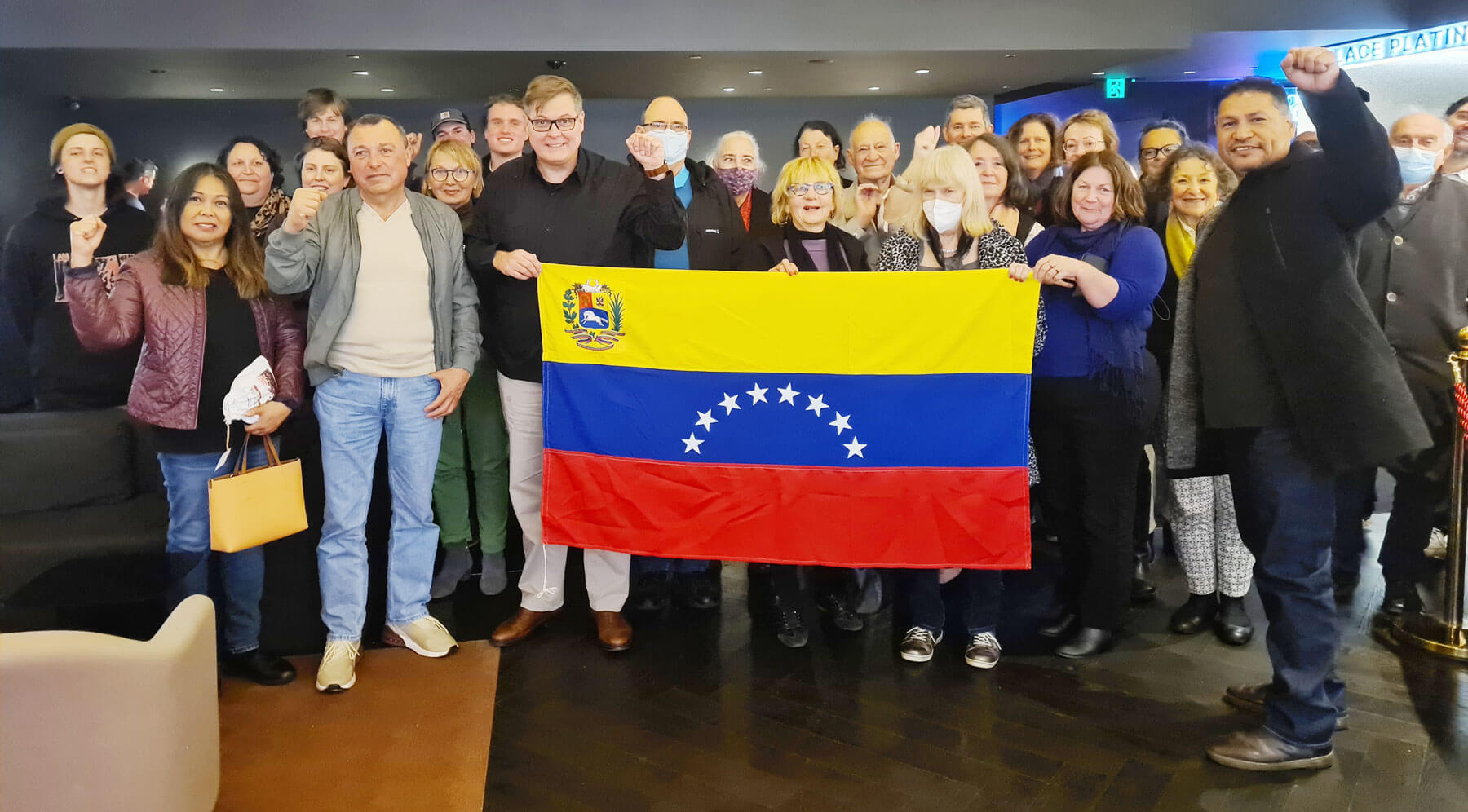 On Saturday 13th August 2022 in a joint venture between the Embassy of the Bolivarian Republic of Venezuela in Canberra, the Australia-Cuba Friendship Society and Friends of Venezuela in Perth organised the premiere of Venezuelan film Mondays or Tuesdays never on Sundays. The movie released in 2020 is only just premiering now because of COVID interruptions. First screened in Canberra recently, the Perth screening is the second in Australia.

This road movie by Venezuelan director Maruvi Leonett-Villaquiran and Javier Martintereso offers moviegoers a fascinating dialogue between two women with no prior relationship travelling together. They come from very different world experiences and are on very different journeys even after their paths overlap.

Gregoria, a young rural woman from the Venezuelan Andes, and forty-plus-year-old Lucia embark on journeys with separate destinations. Both discover the strength of love through their own past and present.

The audience was transported through the beautiful landscape of the Andes subtly taking in the back drop of walls covered with political graffiti and a glimpse of the people trying to live a normal life despite the challenges faced by the Bolivarian revolution under US coercive sanctions.

The film was introduced by Daniel Gasparri, Chargé d’Affaires of the Bolivarian Republic of Venezuela to Australia. He thanked those involved in the solidarity effort with Venezuela.

After the film the audience gathered to socialise, take photos and find out who were the two lucky winners of the door prizes of the bags of Venezuelan coffee beans.

The people attending called on the US to stop their criminal coercive economic sanctions and for the Australian government to recognise Nicolas Maduro as the legitimate president of the Bolivarian Republic of Venezuela.