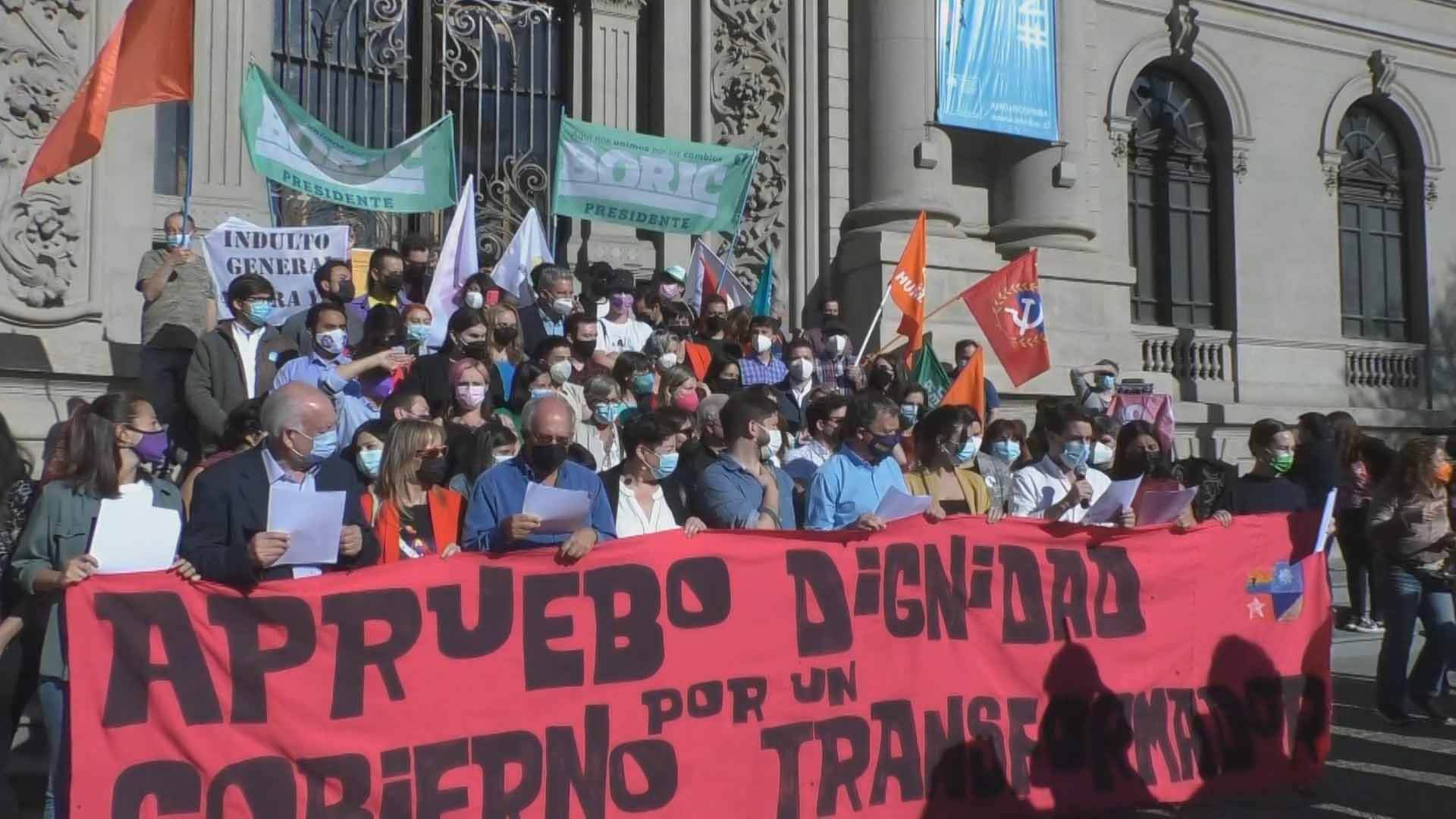 While campaigning, Gabriel Boric had prioritised carrying on with a new constitution. Photo: Mediabanco Agencia – flickr.com (CC BY 2.0)

Supporters of a proposed new constitution for Chile suffered a big defeat in a plebiscite on Sunday, 4th September. The “reject” side captured nearly 8 million votes, or sixty-two per cent of the total, while 4.86 million – thirty-eight per cent – approved the document. Voting in such a plebiscite in Chile is mandatory; participation was eighty per cent.

Chile’s current constitution, produced in 1980 under the Pinochet military dictatorship, and with alterations since, remains in effect. The issue in question, according to Hugo Guzman, editor of the Communist Party’s El Siglo newspaper, was “whether Chileans will continue to live in the midst of a repressive political structure and an exploitative economic model installed by a ruthless dictatorship some four decades ago, or whether they will choose to start a new and egalitarian chapter in the history of Chile.”

The vote marked the end of a process that began with huge youth and labour-led demonstrations throughout Chile in October 2019. They continued for months. Protesters were reacting to inequalities generally and to privatisation and austerity initiatives, particularly, those that interfere with equitable access to education, health care, and social security.

The pressure led billionaire president Sebastián Piñera to agree to a nationwide vote authorising an assembly charged with devising a new constitution. On 25th October, 2020, 79 per cent of Chileans voted to approve a Constitutional Convention.

An election was held in May 2021 to choose delegates to the Convention, which would be in session from 4th July, 2021, until that day a year later. Meanwhile, voters in December 2021 elected Gabriel Boric, centre-left in political orientation, to succeed Piñera, in the process rejecting an extreme right-wing candidate. While campaigning, Boric had prioritised carrying on with a new constitution.

Commentary following the plebiscite suggests multiple reasons why the “approve” vote failed, among them:

The fight against the “approve” campaign, according to Guzman, found support in “the right-wing and far-right parties, the Catholic church hierarchy, the so-called ‘military family,’ liberal social democratic sectors, financial groups that own the […] consortiums that control private pension and health services – and most of the media and business associations.”

Reaction to the defeat of the proposed constitution varied. For commentator Cristóbal León Campos, the “shadow of Pinochet weighs heavily,” with Chile joining Ecuador and Bolivia in sheltering “the most regressive sectors of Latin American conservatism, neofascist in nature.”

An editorial statement from The Citizen (El Ciudadano) news service emphasised the “gigantic sums of money” big corporations paid “to influence the opinions and decisions of millions of people.” It assigned blame to the government for not directing the state media to “confront this tremendous assault.” The editorial pointed to “an intelligence operation aimed at bringing down the most advanced constitutional project in the world.”

The command centre of the approve campaign called for “work toward a new social pact because what was rejected was the text and not the impulse toward a new constitution.” Social movements within the campaign joined in declaring the outcome “to be a matter of an electoral defeat, not defeat of the effort itself.”

Political parties making up the “Approve Dignity” coalition responsible for electing President Boric agreed, and insisted that the project would continue under his leadership. These included the Socialist, Radical, Liberal, Communist, For Democracy, and six other parties.

Boric himself promised “to put everything he had into building a new constituent process, together with the Congress and civil society.” He urged Chileans “to unify and together continue building the future.”