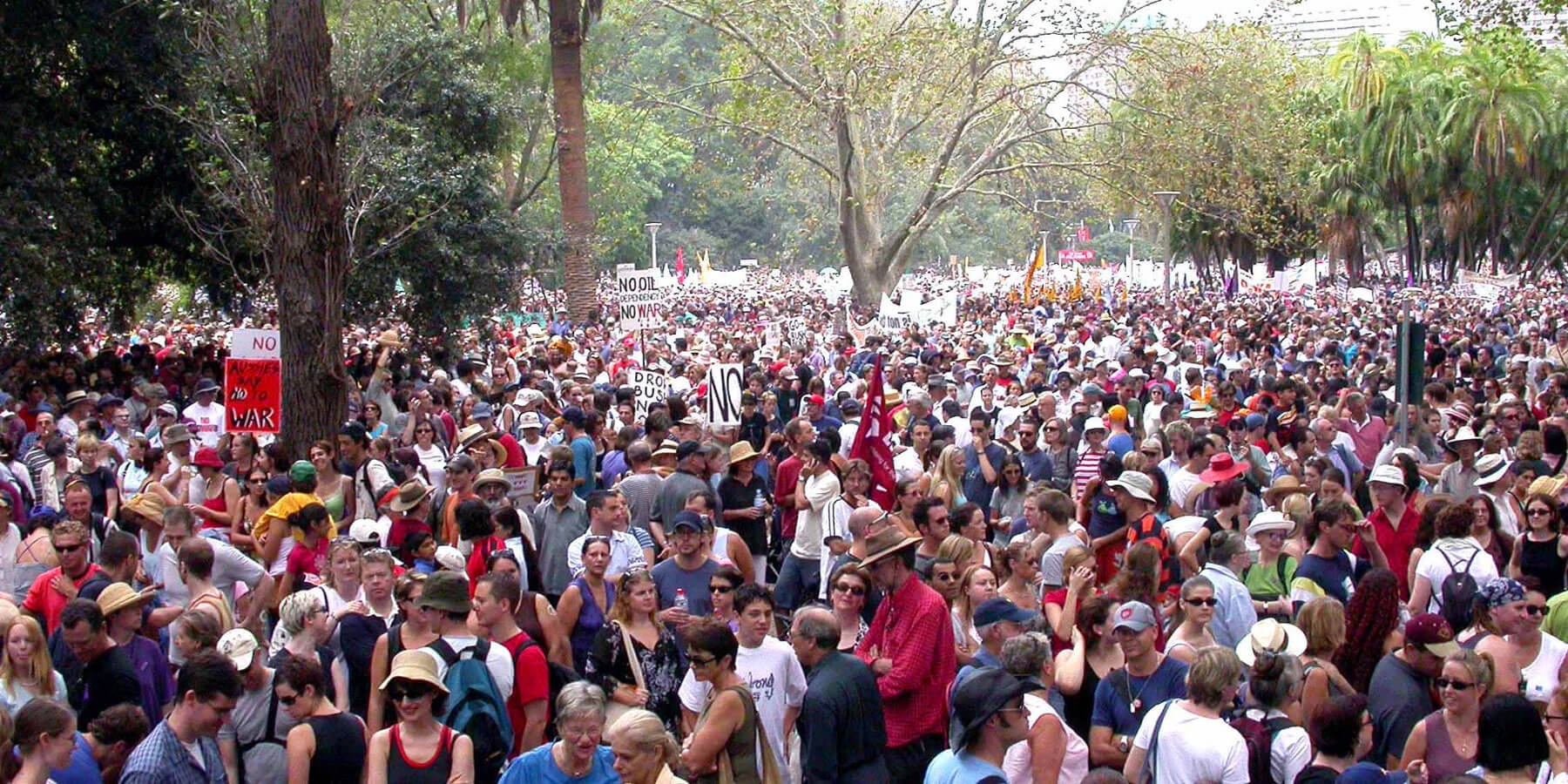 The indicators that preparations are being made for war are coming thick and fast.

Previous governments have committed close to one-quarter of a billion dollars on so-called defence, but the items suggest war preparations coordinated with the US and aimed at containing or confronting China militarily. Here are some of these commitments:

Acquiring eight nuclear-powered submarines at a cost, which experts predict, will blow out to $170 billion; these hunter-killer subs are designed for operation at long distances from Australia and are too large to be effective in the relatively shallow coastal waters of Australia.

Seventy-two, F-35 fighter bombers are to be purchased from the US at a cost of $10 billion, or more, if the predicted blowout on costs occurs.

Australia is purchasing nine frigates at the cost of $35 billion.

The cost to Australia of having over 2,000 US marines stationed in NT each year is unknown as questions by the Independent and Peaceful Australian Network (IPAN) to the Minister for Defence evoked the answer: “It is a matter of national security and cannot be divulged.” These foreign troops stationed on our soil are not under the control of the Australian government. They take their orders from the US Indo-Pacific Command, which has recently established a regional HQ in Darwin.

Every second year the Talisman Sabre military war exercises are carried out mainly by the ADF working in an integrated way with the US military. This is a land and sea operation involving aircraft, warships, landing craft and land-based vehicles and missiles. Recent war exercises have had a clear aim of practicing for war aimed at China.

These military preparations and expenditures have been backed by war talk by ex-Defence Minister Dutton and government advisory “think tanks” such as Australian Strategic Policy Institute. Former Defence Minister Peter Dutton bluntly warned on ANZAC day this year of the prospect of war with China over control of Taiwan. He said it cannot be ruled out but said it was ultimately a question for China. Former Prime Minister Tony Abbott was reported as supporting Dutton, saying that the battle for Taiwan could start quite soon and citing recent statements by US military commanders to that effect.

The strongest indicator of preparation for war has been Australia joining with the US and UK in what appears to be a war pact called AUKUS whose aim is to contain and confront China militarily. This new alliance was entered into without any parliamentary or public discussion and has been imposed dictatorially upon the Australian people.

The change of government has not seen, as yet, any change in this general thrust to prepare for war. The Albanese Government supports AUKUS. And whilst Prime Minister Anthony Albanese and Foreign Affairs Minister Penny Wong have sought to use more moderate language towards our neighbours on their recent overseas tours in an attempt to heal relations broken by the previous government, the thrust of their foreign policy has not changed.

In a speech recently in the USA, Defence Minister Richard Marles called for the integration of our ADF with the US military rather than interoperability, which was the policy of the previous Australian government. This would mean loss of sovereign control of our own ADF to the US.

Indeed, ex-PM Tony Abbott has congratulated the Albanese government for providing seamless continuity in foreign policy with the previous government, telling ABC radio: “One of the things that encourages me about the new government is that they are very much continuing the line of the former Morrison government when it comes to Australia’s defence and strategic policy. […] Good on you Richard Marles and Anthony Albanese for doing so.”

“The spirit of AUKUS and the logic of the Morrison Government’s position make it close to inevitable that Australia will be entangled in detailed US war planning for a conflict with China, if that has not already happened […]. The danger is that once we allow US military staffs to build Australians forces into their war plans, it becomes harder for us to make an independent decision about going to war when a crisis occurs.”

In commenting about possible war with China over Taiwan he said:

“The best way out of this predicament for America is to abandon ambiguity and acknowledge frankly that it cannot and will not defend Taiwan with armed force. And the best path for Australia is to urge America to do this and tell the Americans that we will not support them in a war over Taiwan.”

Former PM Paul Keating has previously said the same thing. Reported by the ABC on 10th November, 2021, he: “warned the federal government not to be drawn into a military conflict over Taiwan, saying the fate of the self-ruled island is ‘not a vital Australian interest’ and played down the prospect of a Chinese military invasion.”

All this war talk and massive spending on war preparations have not gone unnoticed in the Australian community. It has provoked a response which is rapidly spreading that our foreign policies are taking us into an unnecessary and avoidable war, and not towards security and peace.

A recent Lowy Institute poll showed that just over half the Australian population are opposed to Australia going to war against China. The city councils of both Newcastle and Wollongong are united in opposing the establishment in their cities of port facilities for nuclear powered submarines and the Brisbane city council has re-affirmed its commitment to a nuclear free city. A number of trade unions have strongly condemned AUKUS and the planned acquisition of nuclear-powered submarines. These are: the Electrical Trades Union Queensland branch, National Maritime Union of Australia, the NSW Teachers Federation, Unions NSW, ACTU Retired Unionists Network, Retired Manufacturing Workers in Qld, Retired Rail, Tram and Bus Workers and the National Tertiary Education Union. Community organisations including Friends of the Earth, the International Campaign to Abolish Nuclear Weapons, the Australian Conservation Foundation, Women’s International League for Peace and Freedom, Pax Christi, the Campaign for International Cooperation and Disarmament, Australians for War Powers Reform and IPAN, have condemned AUKUS and the acquisition of nuclear submarines.

A petition raised by IPAN in conjunction with the Australian Anti-Bases Campaign has received 25,500 signatures. The petition is headed: “No Nuclear-Submarines; End US dominance; Healthcare not warfare” and reads in part: “The Australian Government must withdraw from AUKUS, stop the development of nuclear submarines and end integration into the US military.”

Community, trade unions, faith and peace groups and individuals have united to form the Australian Anti-AUKUS Coalition, the AAAC, to campaign nationally against preparations for war against China, to oppose nuclear submarines and oppose the AUKUS war pact with public anti-AUKUS protests in Perth, Adelaide, Melbourne, Wollongong, Sydney, Newcastle, Brisbane and Darwin with more planned in the coming months.

The AAAC is currently coordinating the gathering of hundreds of signatures from individuals and organisations for a national newspaper advertisement which reads as follows:

“We call on the Government of Australia in the interests of peace and security for the Australian people and the region:

To add your signature go to antiaukuscoalition.org

Every stop should be pulled out to prevent Australia being drawn into yet another disastrous US war and the peace movement is growing rapidly to do its best to prevent that happening.