Ahead of the upcoming Victorian State Election on the 26th November, labour rights are on the ballot once more. The Andrews Labor government has made sweeping promises to regulate gig work and apprenticeships – regulation which is sorely needed. However, some on the left argue that the Andrews’ government’s promises do not go far enough in protecting workers. Victorian Socialists (VS) – a broad coalition of leftist parties – are running on a radical platform that puts workers, not profit, first.

Gig workers in Victoria, as in the rest of the country, are exploited by large multinational corporations with little to no protection. Many are classified as “contractors” without the full suite of rights available to “employees” – no leave, no sick pay, no over-time. The Andrews government promises that, if re-elected they will implement new minimum standards to regulate the gig economy. These measures are expected to impact up to 350,000 Victorian workers and has been promised to be the “strongest possible legislative enforcement model” to protect gig workers who aren’t in a position to bargain. However, it isn’t clear exactly what this strong enforcement would entail.

The Victorian Socialists are running on a platform of abolishing the distinction between contractors and employees and making it illegal to employ workers, like gig workers, as contractors who should be properly classified as employees. This is a policy with some support in other countries, who have abolished this distinction in favour of a broader category of “workers,” who are all entitled to the same minimum standards. If the newly elected government undertakes such reform, they will be the first in Australia to do so following the controversial decision of the High Court earlier this year in Personnel Contracting that has the potential to entrench the distinction in favour of employers (see Guardian #1997 28th February, 2022).

In addition to promising to regulate the gig economy, the Andrews government recently announced that if re-elected they will establish an Apprenticeships Taskforce to help regulate the apprenticeship system across the state. It comes after campaigning from the Young Workers’ Centre and the Victorian Trades Hall Council to bring awareness to the flaws in the current system. VTHC Assistant Secretary Amanda Threlfall:

“Apprenticeship reform is long overdue and we are thrilled with the Andrews Government’s commitment to establish the Apprenticeships Taskforce. Around half of Australian apprentices complete their apprenticeship because of rampant wage theft, unsafe workplace practices and bullying and harassment at work.”

The apprenticeship system is currently woefully under-regulated in Victoria, with abuse and harassment rampant among apprentices. Only forty-six per cent of apprentices currently finish their apprenticeship, with the leading cause being terrible working conditions and dodgy bosses. Apprentices have even been killed at work by the negligence of dodgy employers forcing them to work unsupervised at tasks they are unqualified to perform.

One of the major issues with apprenticeships is that apprentices are paid so little and union power is constrained. Therefore, VS advocates for strengthening WorkSafe to make workplaces safer for all workers, and therefore for apprentices. A task-force is a great start, but it may be a band-aid solution for a much larger problem. The same bosses that are exploiting apprentices are probably exploiting other workers as well.

SICK PAY FOR ALL CASUAL WORKERS

Finally, earlier this year the Andrews government launched a pilot program under which casual workers in some industries would be eligible for up to thirty-eight hours sick pay paid at the national minimum wage and there is some talk that this program will be strengthened if Labor is re-elected. This was a huge win for the union movement in Victoria, especially during the pandemic, and parties on the left generally support its broad expansion to all workers.

VS argues that it should go further and expand to other rights to which permanent workers are entitled. Indeed, the concept of casual work is a quirk of Australian law that has few analogues in other countries, and some have argued that it ought to be updated to protect workers in Australia, many of whom are employed in insecure jobs with few benefits with the rate of casualisation on the rise.

Victorians have a choice to make in the upcoming state election about which party is best equipped to fight for their rights. Radical change, not empty electoral promises, are needed to improve conditions for the working class in Victoria. While this kind of change can’t be fully delivered at the ballot box, a strong worker-led government is a key step in the right direction to building a better future. 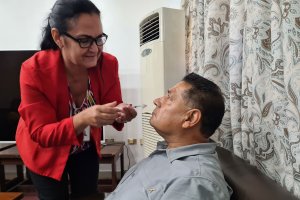 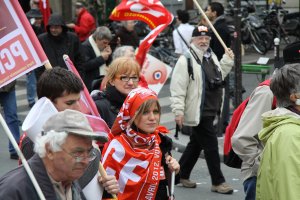