The United States’ longest war has officially come to an end.

The Russian Foreign Ministry was the first to announce [last month] that a suicide attack outside Kabul’s Hamid Karzai International Airport killed at least two people and wounded fifteen more.

Since the horrific events of the 11th of September, much has been said about the desperate situation of the Afghani people

Dear Editor, I was disappointed to read Matthew Hole’s article, “Afghans Reclaim Sovereignty as US-NATO Occupation Comes to an End” (Guardian #1977), ironically with a...

Department of Defence to pay for war crimes

The Department of Defence has pledged to bring soldiers accused of war crimes to justice and pay reparations to their victims by the end of the year.

Celebratory gunfire echoed across Kabul on Tuesday morning, 31st August, as the last US flight took off from Kabul airport, ending twenty years of American occupation in the country.

The future of Afghanistan will be determined not only in Kabul, where the Taliban is now firmly in power but also in places such as the Wakhan Corridor.

It’s little wonder that Joe Biden wants to get his troops out of Afghanistan. 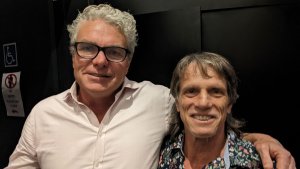 How big a security threat does China face as Taliban draws closer to border with Xinjiang?

There are increasing concerns that Northwest China’s Xinjiang Uygur Autonomous Region is facing a resurgence of terrorism infiltrating through the Wakhan corridor, on the Afghanistan border.

The withdrawal of foreign forces from Afghanistan has ended with the same Taliban forces taking over even larger parts of the country than they controlled before the occupation.