It emerged last month that Samoan workers have been pressured by a senior official of their government not to join trade unions in Australia. Aufa’i... 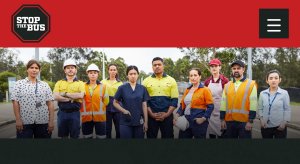